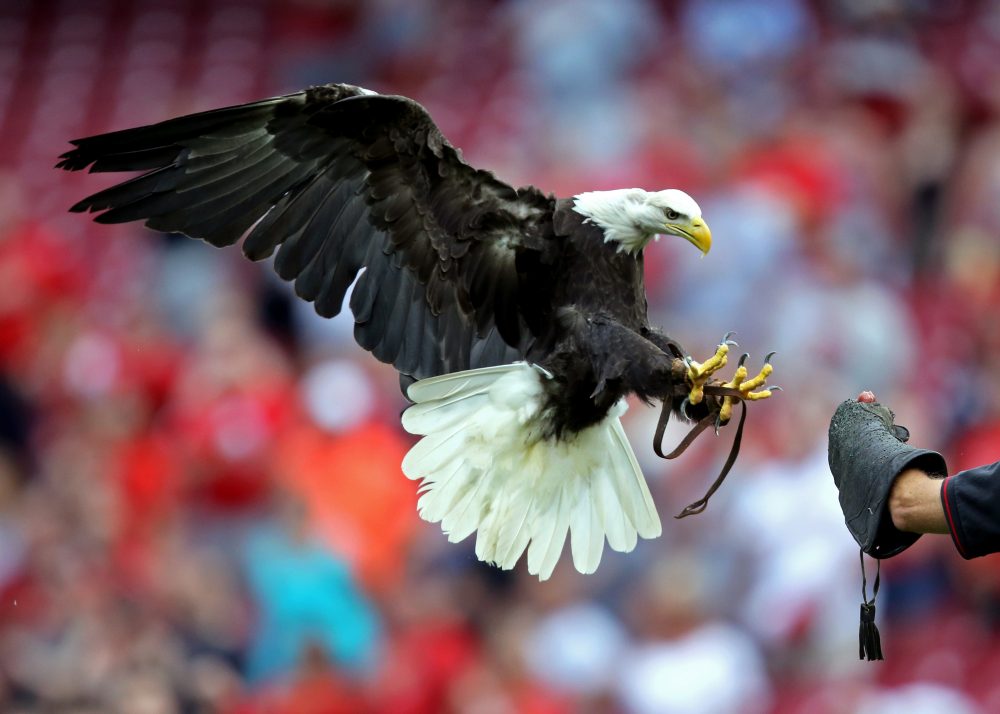 The Tuesday Takeaway
The Washington Nationals have never won a playoff series. You likely know this already. They’ve made the playoffs four times in the last six seasons and went out in the NLDS in each occasion, three times in decisive fifth games.

The Nationals entered 2018 as, once again, pretty decisive favorites to win the NL East. Another opportunity to win a playoff series seemed likely. Sure, the Braves and Phillies had enticing young talent, but the Nationals have stars.

Well, it’s now the Fourth of July, and after their fourth straight loss, an 11-4 shellacking at the hands of the Red Sox on Tuesday, the Nationals are a .500 team and seeing their playoff odds dwindle while their youthful rivals don’t appear to be going away anytime soon.

Tanner Roark had one of those oddball pitching lines you don’t see very often. In fact, it appears you haven’t seen it ever.

Those nine earned runs? Most came in the fifth inning when Boston’s J.D. Martinez, Steve Pearce, and Xander Bogaerts went to work

The Nats’ playoff odds had taken a pretty serious dip even before Tuesday’s loss, dropping 18 percent in the last week and entering the day at 35.5 percent, compared to Atlanta’s 67.6 and Philadelphia’s 52.2 percent, respectively. Washington’s playoff hopes are far from dead — we’re not yet at the All-Star Break, after all — but the Braves and Phillies seem to have staying power not a lot of people imagined they’d have coming into the season, and they’ll likely have to start turning things around sooner than later.

Quick Hits from Tuesday
Speaking of the Braves, while they entered the day with the second best run differential in the National League and a 3 ½ game lead in the NL East, they’re also against an American League juggernaut and couldn’t hold the Yankees’ bats at bay in the same way they did in Monday’s series opener.

The Yankees hit two home runs. No, wait, they hit three home runs, because this routine fly ball from Giancarlo Stanton just so happened to land over a wall on the correct side of the foul pole.

This season’s Braves are what the White Sox hope to become, maybe as soon as next season. It’s been a rough year for most of their youngsters, including but not limited to Yoan Moncada.

Tuesday night’s game against the Reds was two otherwise bad teams playing a strangely entertaining game. The Reds scored four runs on two homers before Lucas Giolito (another one of those struggling youngsters) could even record an out. The White Sox 3-4 hitters, Avisail Garcia and Daniel Palka (what?) hit two homers each. Billy Hamilton used his speed to score a go-ahead run in the eighth inning on a routine groundout to shortstop. And the aforementioned Moncada’s third hit of the game was a bases loaded triple in the 12th inning to put the White Sox ahead in a game they eventually won 12-8.

I’m old enough to remember when Moncada was the No. 1 prospect in all of baseball.

The Twins entered the season with hopes of making the playoffs for the second year in a row. On Monday, they optioned Byron Buxton to the minors, which is where Miguel Sano also resides. On Tuesday, they lost their fifth straight game, 2-0 to the Brewers, to drop 12 games below .500 and 11 games behind the Indians in the AL Central race. They also did a really weird thing.

Yes, somehow, some way, Joe Mauer played eight innings at first base and didn’t record a single out. Jake Odorizzi struck out nine and induced five flyouts, Ryan Pressley struck out everyone he faced in one inning, and Gabriel Moya recorded four strikeouts and two flyouts. Baseball is weird, man.

The Dodgers were left for dead not all that long ago. Corey Seager is out for the season. Clayton Kershaw has been injured for most of the season, and there’s a long list of other important players on the disabled list.

Monday, they scored 16 runs in a win against the Pirates. They picked up right where they left off on Tuesday.

Pederson’s leadoff blast was followed by Max Muncy’s 19th homer of the year. Muncy added his 20th two innings later. The suddenly-good-against Chris Taylor, Yasmani Grandal, and Kike Hernandez also went deep in another easy, 8-3 win over the Pirates. The Diamondbacks won as well on Tuesday, but the Dodgers are up to the third best run differential in the National League. It appears rumors of their demise were greatly exaggerated.

The Marlins and Rays played forever in front of very few people. A game that was tied at 4 from the fifth inning through the 16th inning somehow ended in a 9-6 Tampa Bay victory, with Jake Bauers bringing home the go-ahead runs.

Rays’ catcher Jesus Sucre had a chance for the save when he was sent out to protect a five-run lead in the bottom of the 16th. It didn’t go well.

Defensive Play of the Day
The Rockies’ offense was the main reason they got back to .500 with an 8-1 win over the Giants on Tuesday. But D.J. LeMahieu deserves at least some of the credit.

What to Watch For Wednesday
It’s the Fourth of July! Go out and grill some food, enjoy some delicious beverages and (responsibly) blow some stuff up, silly! But if you insist on spending your holiday watching baseball, the Yankees and Braves feature CC Sabathia vs. Julio Teheran. Phillies’ ace Aaron Nola faces the Orioles and something called Yefry Ramirez. And Gerrit Cole takes the mound for Houston across the cross-state rival Rangers in a game that will be played in temperatures comparable to the surface of the sun.