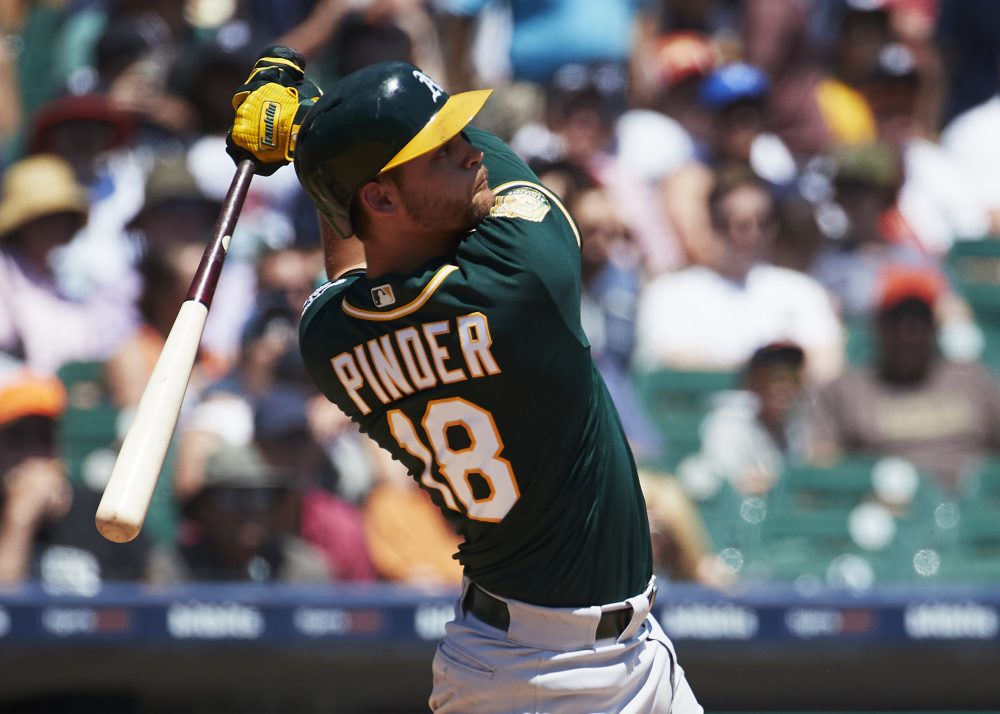 Going into their game Thursday afternoon against the Tigers, the Oakland Athletics were on a lovely run and were coming to the end of their three-city road trip on the verge of doing something that they haven’t done since the days of Moneyball.

With that being said, the Tigers weren’t just going to roll over and let the A’s make a little bit of franchise history, as they immediately jumped on Sean Manaea in the very first inning. Nick Castellanos has been having a pretty good season for Detroit and he showed why.

That ended up being the only major bump in the road for Manaea, though. He made it through six innings with those two runs from the Castellanos homer being the only real blemish during his stint on the mound. He’s probably not going to repeat his magnificent feat of no-hitting an offense the caliber of Boston’s anytime soon but I’m sure that A’s fans would take the performances that he’s given them this season.

Sean strands the Tigers in the sixth, keeping us ahead 4-2.#RootedInOakland pic.twitter.com/tApg0IS0lE

Those same fans would also likely be happy with what happened in the third inning of this game. Oakland sent seven batters to the plate in that inning and five of them hit singles. That equated to three runs, pushing them ahead of the slumping Tigers.

You know we dig the homer, but we can also play some small ball.#RootedInOakland pic.twitter.com/gp96RxJWiN

In the very next inning, Chad Pinder came a few feet away from breaking the game open with a potential homer to dead center field. Instead, he had to settle for a double that extended Oakland’s lead by a couple of runs.

That ended up being more than enough for the A’s, as the bullpen held and Blake Treinen came on in the ninth inning to continue what’s been a solid year for him in the closer role.

You could make the argument that this golden run of form from the A’s is just them taking advantage of a weak part of their schedule. After all, the teams they faced were the Tigers, Padres and White Sox. Still, they took care of business and completed a successful road trip that now has them just 20 percentage points behind the AL Central-leading Cleveland Indians. We’ll talk more about that later.

Let’s talk about the day that Zack Greinke had Thursday. He threw seven innings and struck out six, and while he did surrender seven hits, he put up zeroes in the run column as the Marlins had no answer for what he had for them on the mound.

They also didn’t have too much of an answer for him on offense. Greinke paired his pitching performance with a solid all-around day at the plate and on the basepaths as well. He picked up an RBI and stole a base. Since 2007, there have been three instances where a pitcher stole two bases in a single season. Zack “Wheelz” Greinke now has two of those instances.

Zack Greinke is the 1st pitcher since Bob Gibson in 1969 with a hit, RBI and stolen base in at least 2 games in a season.

Oh, and he threw 7 shutout innings today too. #GenerationDbacks pic.twitter.com/cwPrYXE60P

The Cincinnati Reds are still mired at the bottom of the NL Central but there are signs that they aren’t as bad as their record indicates. The Reds picked up a four-game sweep of the Cubs last weekend and returned home to Cincinnati after taking two out of three against the NL East-leading Braves. Going into Thursday, they had actually gone 31-31 since making Jim Riggleman the interim manager, which means that the NL Central-leading Brewers couldn’t take their opponents lightly.

Sure enough, Cincinnati went into the seventh inning up 4-2 on Milwaukee and it seemed like the Brewers were about to experience what Chicago and Atlanta both experienced last week. However, Eric Thames hits against the Reds as if they stole something from his garage and he personally wants to enact revenge, so he hit his 13th home run in 20 career games against the Reds. His dinger put Milwaukee ahead for good.

Today in news that will surprise no one, @EricThames hit a home run against the Reds. #ThisIsMyCrew pic.twitter.com/Xd2tAfh6A1

Speaking of the Cubs, they were busy getting handcuffed for five innings by Clayton Kershaw. Kershaw had a vintage performance where he only gave up one run over those five frames and when he exited, the Dodgers had a two run lead to nurse for the rest of the game.

Interestingly enough, the baton was passed to Walker Buehler, who was making his return from the DL and also normally a starter. Buehler’s return from the DL went about as well as the return of Charlie’s Angels to TV, which is to say that it was a bit of a mess.

When the smoke cleared, both Buehler and Erik Goeddel had combined to allow nine earned runs.

After the Phillies spent last weekend winning a series in Washington, they had the fortune of welcoming their NL East rivals into Citizens Bank Park for a four-game series. While Philadelphia lost the last game of that series, they proved that they are still very much a thorn in Washington’s side with their performance. Aaron Nola has been a thorn in everybody’s side but he was particularly prickly against Washington as he only gave up one run over 7 2/3 innings while striking out eight Nats.

Still, it was a 2-1 game going into the bottom of the seventh with Philadelphia holding on to a slim lead. Fortunately for Philly, Rhys Hoskins chose this moment in the game to give the Phillies the breathing room they needed to eventually clinch the victory.

The Red Sox completed a six-game season sweep of the Angels, which was historic for Boston in its own right. WIth that being said, the dynamic outfield for the Red Sox completely stole the show with a pair of excellent catches.

First, Michael Bradley Jr. opened the exhibition of defense with this catch in center.

Super Jackie back at it again. pic.twitter.com/2FnGTSSnA6

Then Andrew Benintendi turned what could’ve been a big moment for the Angels in the eighth inning into a loud out, with the noise coming from the sound of Benintendi crashing into the scoreboard at the base of the Green Monster.

Remember when I mentioned that we’d talk a bit more about how the A’s weren’t that far off from Cleveland, who’s currently leading the AL Central? Well, guess who the A’s will be welcoming into the Coliseum as they return to the Bay Area? That’s right, they’ll be facing off against Cleveland. If Oakland’s going to extend their winning streak then they’re going to have to find a way to figure out Trevor Bauer and as evidenced by his DRA of 2.39 and his cFIP of 75 so far this season, that’s going to be a difficult task for Oakland. If you’re on the East Coast then it’ll be worth staying up late for.