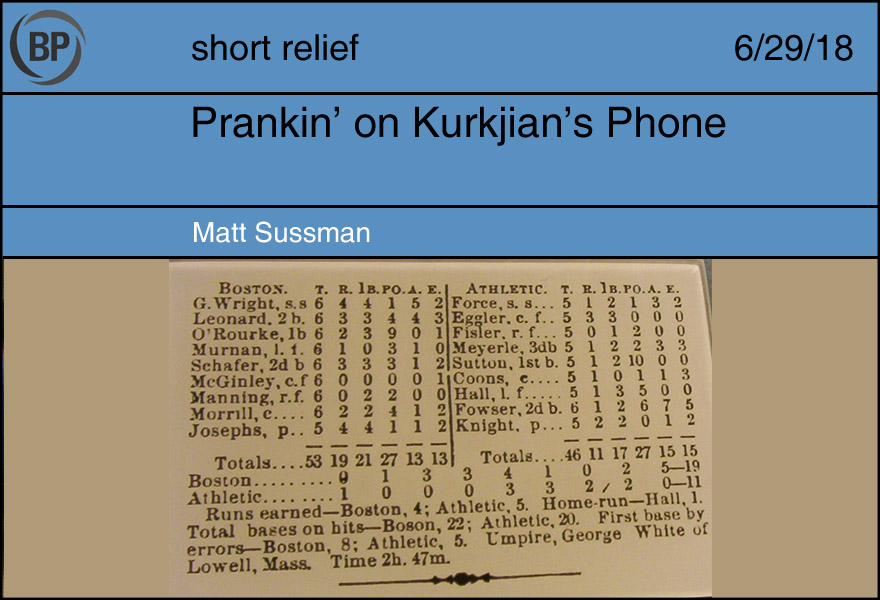 I look at the first 10 digits of line scores in case one forms a phone number. I found one this year, I can’t tell you the game, that would be intrusive. I called the number, and a guy answered! I hung up without speaking. What was I going to say, your number is a line score?

If you were the lucky soul whom Kurkjian called, although it is unlikely you are aware of being part of baseball lore, this one’s for you. 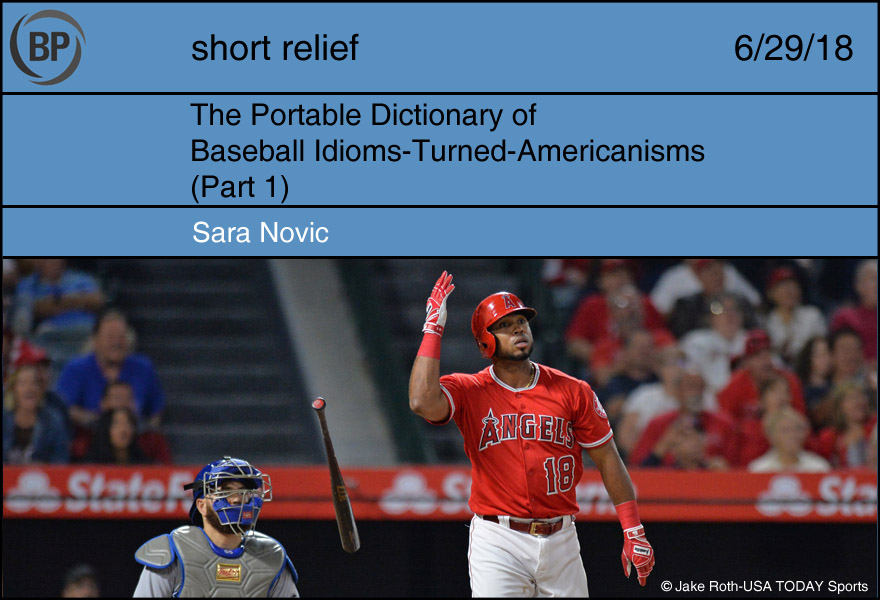 Baseball has always positioned itself as the All-American pastime, tying itself to our nature’s culture. But even I (writer, baseball enthusiast, nerd) hadn’t realized how much baseball has shaped American English. Here are a few:

In baseball: beyond the bases themselves, fields and ballparks all differ in size and capacity, even as they serve roughly the same function.

At large: a rough estimate. A ballpark is an enclosed area, so it’s assumed that an estimate is made within reasonable reach or accuracy. Park effects not included.

In baseball: a 1.000 batting average: if a player were to get a hit in every at bat.

At large: to have a perfect record for a long stretch, e.g.,The boss loves all her new ideas—she’s batting a thousand. The phrase has been used to cite perfection in other fields since the 1920s.

In baseball: a minor-league or provincial team. The phrase “the bush” refers to a rural area and is still used today in South Africa and Australia; in the States it’s largely been replaced by terms like “the sticks” or “backcountry.”

At large: to be inferior, unsophisticated, or unprofessional.

In baseball: a pitch thrown using spin that, in conjunction with the ball’s inseams, causes the ball to break downward whence it appears to be headed. Atomic-bomb scientist Lyman Briggs conducted extensive research on the pitch and concluded that the optimal velocity for a curveball is 68 MPH.

At large: something unexpected, misleading, or deceptive; a trick.

Go to bat for

In baseball: to take one’s turn at bat as a representative for the team; see step up to the plate.

At large: to support or speak up on behalf of.

In baseball: a player who showboats to please fans (in the stands). The phrase was first recorded in the late 19th century and was used to refer to both ostentatious baseball and cricket players.

At large: a person—especially a politician—who behaves in a boastful or attention-seeking way to be noticed by an audience or the media.

In baseball: a power hitter; someone who hits a lot of home runs or extra base hits.

At large: someone of import and power in their field; a leader.

Hit it out of the park

In baseball: to hit a home run that leaves the stadium.

At large: to perform beyond set expectations; to be successful.

Related phrase: knock it out of the park.

(To be continued next Friday) 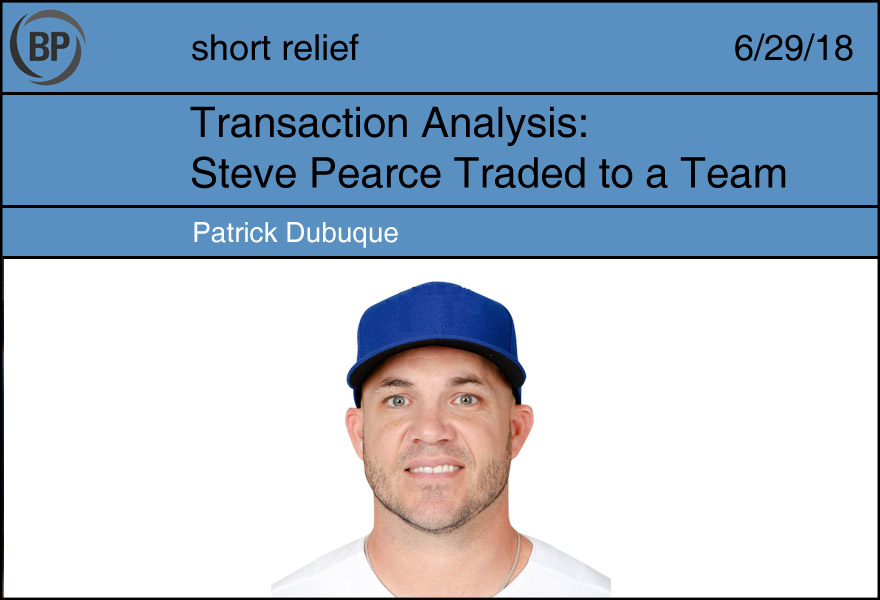 Steve Pearce, who is currently an active major leaguer and who might be decent, was traded on Thursday from a team you had no idea he was playing for to a different team, the identity of which your brain is fully incapable of retaining. The former All-Star, maybe he was an All-Star, probably one of those representatives from a bad team when he was playing for one of those bad teams you don’t remember, could be having a surprising age-36 season at the plate, or a disappointing age-32 season.

Fantasy owners probably best remember Pearce as one of the first modern players with creative positional availability, having made the rare switch from first base to second during a recent Presidential administration. Few would have expected him, then, to spend his 2018 season still at the position, or at third, or at DH, for a team clearly out of contention at the end of June. Fewer still imagined that framing metrics, despite limited samples, would be quite impressed with his work behind the plate.

Critics hailed the trade as a smart, quiet upgrade—a useful piece of insurance for a team without many holes while noting that the prospect exchanged for him was “raw” but had “interesting tools.” His former manager lauded Pearce for his clubhouse presence and demeanor and noted that he hoped this would provide the first baseman/shortstop with his first or fifth shot at the playoffs.  The move also brings Pearce closer to his family, which he almost certainly has, given his age.

Fantasy implications: Pearce will probably find it more difficult to find regular playing time with his new good team than his old bad team, but players in deep leagues should consider stashing him unless everyone already has them in their starting lineups. Keep in mind that Pearce has shown minor but persistent platoon splits based on his dominant hand, which is statistically likely to be his right, which will either limit or afford more playing time.