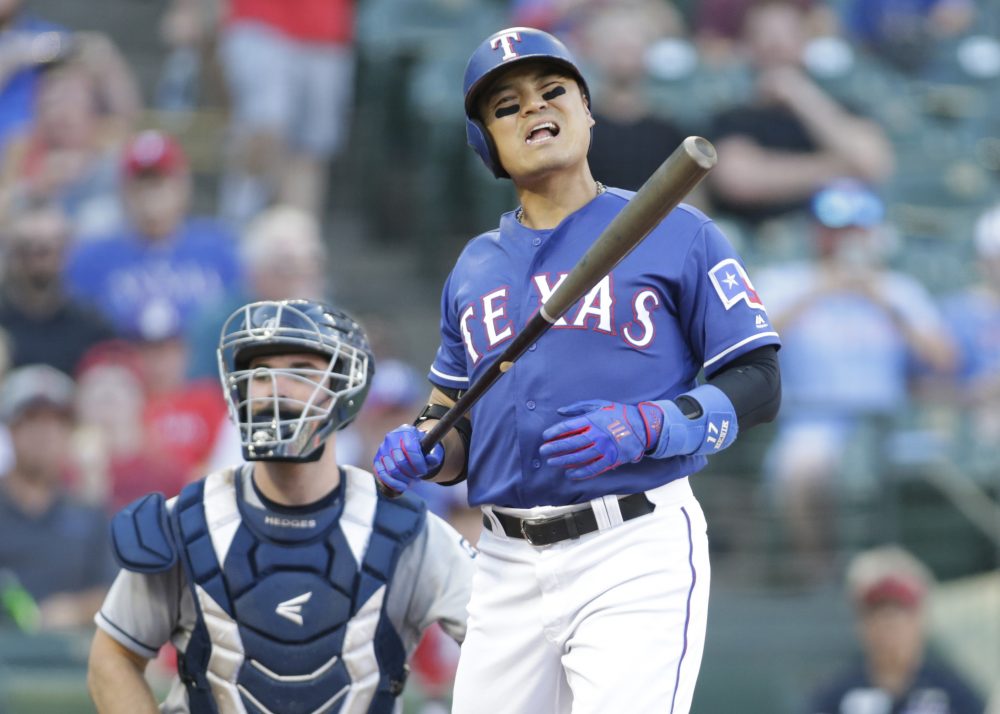 I started writing for Baseball Prospectus in the spring of 2016. In May that year, I wrote my ninth article, titled “A Short History of Reds and Pirates Hitting One Another with Baseballs.” The article followed a game in which Reds pitchers hit four Pirates, and Pirates pitchers hit two Reds. The article—click the link at your own risk—lists all 94 hit batters during games between the two clubs since the start of 2012.

That article started my hit-by-pitch odyssey. Other than baseball games played before most of you were born and citations for players who didn’t get mentioned in the Baseball Prospectus Annual, I’ve probably written more about hit batters than any other topic. Put concisely, batters are being hit at a near-record rate, and with pitchers throwing harder and harder, the risk to hitters is clear. (Less concisely, you can read this and this.)

This got me thinking: How unusual is the Reds-Pirates rivalry? Are there teams that tend to throw at each other’s batters more than others? Are there some matchups that foment HBPs, and others that suppress them?

To answer, I created a database of every hit batter between teams since the start of the 2013 season, through Wednesday. (I did this in only a slightly automated manner, as I had to transcribe rows and rows of numbers into a spreadsheet. Kids, don’t try this at home.) I chose 2013 because it’s the first season of the current configuration of 15 teams per league—i.e., it’s the year the Astros moved to the American League. It was also the first year of the Big Data Baseball Pirates, when the team began emphasizing pitching down and in, and the staff’s hit batters spiked to 70 from 45 the year earlier. Arguably related, Pirates batters were hit 51 times in 2012 and 88 times in 2013. (Both figures in 2013 led the league.)

I then summed all the games between clubs and calculated the number of hit batters per game between teams. I’m going to list the top 10 and bottom 10, in inverse order.

A couple notes first, though. First, there are wide disparities in games played. Since 2013, teams have played over 100 games against their divisional rivals. Against the other teams in their league, there have been around 40 games, give or take a half-dozen or so. And teams have played most teams in the “other” league fewer than 10 times. The latter’s a problem. The samples are too small to be meaningful. There has not been a hit by pitch since 2013 in games between the Giants and Orioles, for example. But there have been only six of those matchups.

At the other extreme, there were seven hit batters in the three games between the Red Sox and Nationals in April 2015. While the average of 2.333 hit batters per game is the highest since 2013, I don’t think that’s enough games to classify Boston-Washington as a heated rivalry. Consequently, the lists below exclude interleague games, with one exception, as you’ll see.

Here are the teams that have hit each other’s batters the most frequently:

10. White Sox-Cubs, 1.080 HBP/game. Regardless of what you think about interleague play, I think we can all agree that the “natural rivals” setup is contrived, right? I mean, yeah, I get A’s-Giants and Mets-Yankees, but Atlanta-Toronto? San Diego-Seattle? Anyway, the effect of this contrivance is that there are some interleague games that are played every year. And wouldn’t you know, one of those contrivances has resulted in a lot of hit batters. In 25 games between the Chicago clubs, the Northsiders have been hit 17 times, the Southsiders 10.

7. Cubs-Cardinals, 1.087 HBP/game. I question whether we can call most matchups rivalries, simply because most teams don’t play one another very much. The Yankees’ and White Sox’s numbers against Texas were accumulated just seven games per year at a time. Cubs-Cardinals, though, that’s for real. They’ve played 103 games since 2013, during which the Cubs have been hit 55 times and the Cardinals 57. Anthony Rizzo’s been hit 16 times in Cards-Cubs games, Kolten Wong 10 times. Jake Arrieta, Adam Wainwright, and Lance Lynn have hit five of their opponents in those 103 games. Last year Zack Greinke pitched 202 1/3 innings and didn’t hit anybody. Can’t you guys chill?

6. Phillies-Pirates, 1.103 HBP/game. Well, this is kind of a regional rivalry, right? Battle of Pennsylvania?

5. Marlins-Cardinals, 1.114 HBP/game. I don’t understand this one. The Marlins? Why get exercised over the Marlins? Why do you hit 18 Marlins, including Derek Dietrich four times in just 35 games? How come Trevor Rosenthal hit four of the 48 Marlins he faced? Well, I suppose it’s because the Marlins hit 21 Cardinals. That probably has something to do with it.

4. Mariners-Rangers, 1.115 HBP/game. Another divisional rival, so the data is richer. The Mariners have hit 65 Rangers in 104 games. Key players: Felix Hernandez has hit nine Rangers, while Shin-Soo Choo has been hit 10 times. As with their previous appearances on this list, the Rangers have been more victim than victimized, having hit 51 Mariners. But they’ve taken aim at four guys: Mike Zunino (eight), Kyle Seager (six), Nelson Cruz (six), and Guillermo Heredia (four) with notable frequency, with all those HBPs occurring since 2014. Did they mess with Texas?

3. Braves-Pirates, 1.147 HBP/game. Well, you knew the Pirates were going to show up at some point.

2. Reds-Pirates, 1.152 HBP/game. So my instinct was correct. Since 2013, no teams have hit each other’s batters more frequently than Cincinnati and Pittsburgh. The Pirates have hit 56 Reds. The prime offenders are no longer with the Bucs: Francisco Liriano with five, Charlie Morton and Edinson Volquez with four. And the most-hit Reds are also gone: Shin-Soo Choo, with seven, took his HBP act to Texas. Brandon Phillips and Devin Mesoraco were hit six times each. But the Reds have been more aggressive, hitting 65 Pirates, including Starling Marte 14 times. Alfredo Simon, accounted for 11 of the hit Pirates in only three seasons in Cincinnati. Homer Bailey, who’s second with seven, is still with the club.

1. Pirates-Padres, 1.306 HBP/game. They’ve played 36 games, during which the Pirates have hit 18 Padres and the Padres have hit 29 Pirates. San Diego has hit more Pirates than they have players on Arizona, Colorado, and San Francisco, against whom they’ve played about three times as many games.

And here are the peaceful pairings, where batters get hit the least frequently:

10. Angels-Blue Jays, 0.439 HBP/game. I’m not going to comment as much about these because there isn’t as much going on, obviously. In almost all cases, the pairings are teams that meet only a few times per year, so they don’t have a chance to develop the contempt that familiarity breeds.

9. Padres-Giants, 0.434 HBP/game. Does this make sense to you? It doesn’t make sense to me. In 36 games, Padres pitchers have hit 29 Pirates. In 106 games, they’ve hit just 23 Giants. What did the Pirates do to them? The Giants have maintained balance by hitting the same number of Padres, 23. Maybe it’s a NoCal-SoCal thing.

Look, these lists are fun, but let me be the killjoy: When there are players getting hit by pitches every time teams play, I don’t think it’s just timing or a lack of command or batters crowding the plate. So I contend that information like this can be useful. People don’t like it when umpires have a quick trigger at warning benches about hit batters, but I’ll take that over intentionally throwing hard objects at people.

You need to be logged in to comment. Login or Subscribe
Matthew Gold
Can you break out the results by leagues? Six of the seven "top" HBP rivalries are in the National League. If nothing else, that seems to disprove the argument that there are more HBPs in a DH environment.
Reply to Matthew
Rob Mains
Matthew, I'm away most of the weekend, check this space Monday for an answer.
Reply to Rob
Rob Mains
STOP THE PRESSES! While waiting for a device to sync to my laptop. I ran the numbers. From the beginning of 2013 through games of June 27, there have been 0.700 hit batters per NL game, 0.680 per AL game, and 0.613 per interleague game. Good call, Matthew!
Reply to Rob