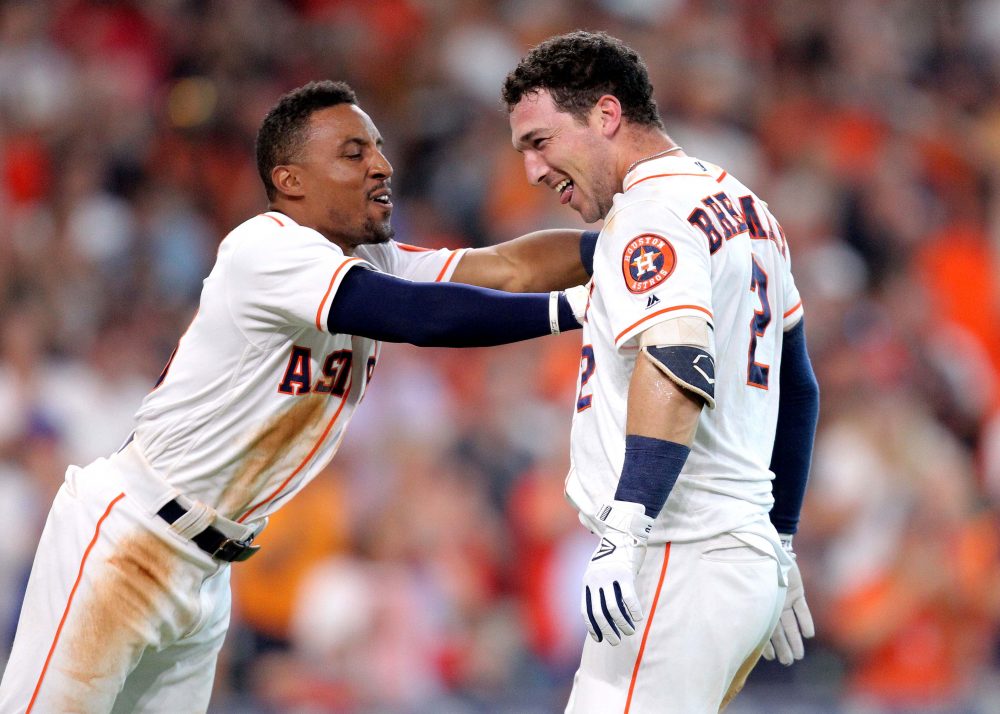 The Baltimore Orioles‘ chances to win baseball games this year have come few and far between, and the 2018 season might go down as one of the darkest in franchise history. Manny Machado already has a foot out the door. Zach Britton, who famously went unused during his one playoff game in a Baltimore uniform, will not make another playoff appearance for the Orioles. Kevin Gausman and Dylan Bundy have been inconsistent; the rest of the rotation has been terrible—and Bundy is now on the disabled list. Suffice to say there might not be a single person in the organization who wouldn’t press the “reset” button on this season.

On Wednesday night, the Orioles sent Alex Cobb to the mound against Wade LeBlanc of the Seattle Mariners. In the bottom of the first, Baltimore managed to draw first blood on a Danny Valencia home run to left center field. A half-inning later, Ryon Healy halved the deficit with a solo home run—and an inning after that, the Mariners tied it up on a Denard Span RBI single. But in the bottom of the third, the Orioles got a pair more off of Span’s throwing error.

The Mariners scored three runs in the fifth to take a 5-4 lead, and that was the score in the bottom of the eighth inning when Chris Davis came up with two out for the Orioles. Davis’ .147/.227/.236 slash line has him buried in the “worst regular MLB player ever?” discussion, and it is only a complete lack of better options that keeps him in the lineup. But tonight, Davis came through:

The monster clout down the line opened up a 7-5 lead, and did a number on the Mariners’ chances. But the closer Britton came on in the ninth and surrendered the lead in just two batters. First, Mitch Haniger got the ball rolling with a single through the left side of the infield. Next up was third baseman Kyle Seager—who worked a 2-0 count, got a pitch he loved, and tied the game instantly with a savage display of lefty-on-lefty violence:

Both teams went down in order in the 10th, and Jean Segura led off the 11th with a double. After Seager advanced him to third, Span was able to lift a fly ball deep enough to score the go-ahead run. Edwin Diaz saw one baserunner, but otherwise locked down his league-leading 30th save.

Twice this year already, Alex Bregman has been responsible for delivering a walk-off Astros win with his bat. But before Wednesday night, he hadn’t done it by way of a home run. Unfortunately for Ryan Tepera and the Blue Jays, that was about to change:

On the flipside of the Houston-Toronto game, which saw eight runs scored in the first inning, we’ve got a clash between the Colorado Rockies and San Francisco Giants. For 8 ½ innings, the NL West rivals matched goose eggs. Then, in the bottom of the ninth, Brandon Crawford provided all of the offense needed for the night:

Last year’s American League home-run crown was won by a Judge. This year, it looks like the necessary legal qualification for the honor has slipped a bit—you’re now eligible as a mere J.D.

For 6 ⅓ innings, Mike Minor of the Texas Rangers was perfect against the Padres until Eric Hosmer broke up the gem with a single in the seventh. Minor got the seven shutout innings and the win, but has to be wondering this morning what else might’ve been.

Congratulations to Madison Bumgarner, who became the fourth-fastest left-handed pitcher to 1,500 career strikeouts in the live-ball era. Bumgarner was masterful, completing seven innings of two-hit, two-walk ball and striking out eight Rockies. He got no run support, and thus no win, but he certainly pitched well enough to deserve one.

Early in the day, Detroit Tigers‘ pitching coach Chris Bosio referred to a team employee by a racially offensive name. Bosio’s slur was dropped directly in front of general manager Al Avila. Today, Bosio is no longer an employee of the Detroit Tigers. Instead, he is your daily reminder that the First Amendment protections on speech only apply to government censorship of non-inciteful speech. Your employer is, of course, legally required to use no such kid gloves. Surely it will be difficult for Detroit to replace the contributions of Bosio, whose stewardship has led Detroit’s staff to the 23rd best DRA in the league.

Just one batter earlier, Minor had ceded his perfect game to Hosmer. Up next for the Padres was Hunter Renfroe, the designated hitter for the night and a player who pretty much does one thing really well—hit the ball far off of left-handed pitching. On a 1-2 count, that’s exactly what Renfroe did, sending a towering fly ball out to deep center. Delino DeShields played the warning track perfectly, found the wall, and used his athletic gifts to stop Renfroe from making it a one-run game:

Thursday will be heavy on the day games. Six of those, four more in the more conventional 7 o’clock ET time slot. I’m not saying you should stream games from your computer while at work today—I’m just saying it’s definitely an option today.

Zack Greinke is a 14-year MLB veteran who makes $31 million per year and anchored the Milwaukee Brewers starting rotation for years. Trevor Richards is a rookie who makes the major league minimum and worked at the Miller Brewery in Milwaukee last year. Today, they’ll pitch against one another.

The Orioles’ starting rotation was a mess before Dylan Bundy went on the DL. Now, converted reliever Jimmy Yacabonis is taking Bundy’s spot in the rotation. Yacabonis, a reliever exclusively through last year, has started 13 games in Triple-A with 51 2/3 innings pitched. He’s posted an ERA of 3.14 but a DRA of 4.15 and a paltry 6.8 K/9. Yacabonis will face Mike Leake and the Mariners.

Meanwhile, the Rays are scheduling Ryne Stanek as their opener against the Astros. We’ll see if that bit of cutting-edge strategy can do anything to derail the white-hot Bregman, who is 7 for 10 with five doubles and two home runs since shaving earlier this week.

Clayton Kershaw was treated gingerly in his first start back from the DL. Tomorrow he’s scheduled to toe the rubber opposite Jose Quintana as the Dodgers and Cubs square off.