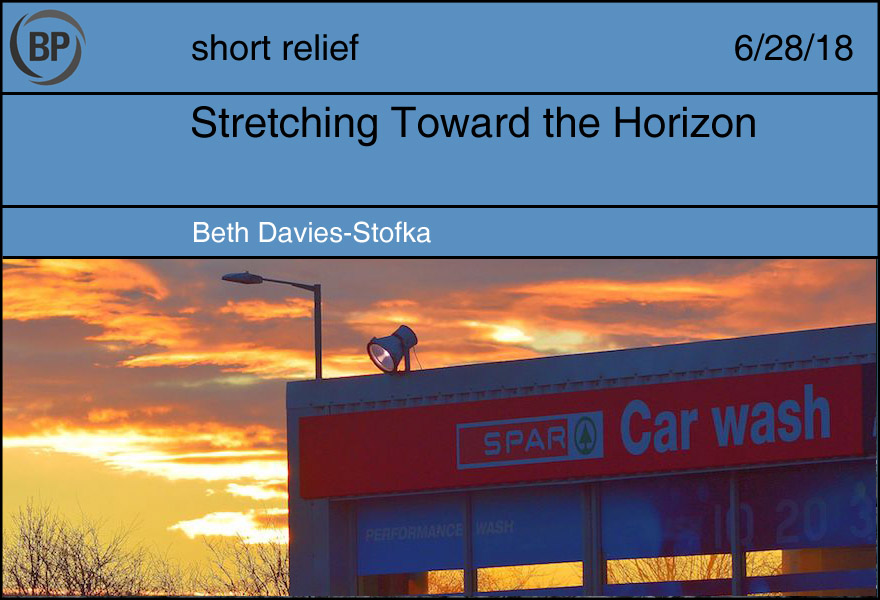 I hit the road on a Friday evening in the middle of an anxiety attack. This was not the hands-shaking, skin-crawling, thoughts-racing brand of high anxiety. That was an hour ago. Now I was into freeze mode, my thinking-brain displaced by sensory hyper-awareness. It was not the best time to drive, but I had to get home. The grief was surfacing.

My heart felt crushed by some Titanic fist, a terrible god determined to drain it of its last drops of blood and water. Plus my car was running out of gas. Time unfurled on a seven-second delay, gas stations only appearing in the rearview mirror. I pressed on as I watched the needle fall closer to empty, and I didn’t know what to do. I needed calm, home, gas, but I was stuck in an infinite haze. Then it hit me: The Infinite Inning. A comfort for a lonely girl.

I loaded that day’s episode and things improved right away. I caught a gas station. It was on the opposite side of the street, but at least I hadn’t passed it. There was no break in the median, but that was not going to stop me. I dug deep and executed a tortured combination of U-turns and curves until, at last, I parked at a pump, shut off the engine, and got out of the car.

The fume-filled air seemed sweet after that anxious confinement. I started the pump and leaned on the hood, listening to Steven Goldman paint a picture of Red Schoendienst in dust-bowl brown and Cardinal red. Time came to a standstill, the story at its center, and I could breathe.

That’s when I noticed the car wash. The automated car wash is a cheap thrill that I loved as a child, so I decided to go for the works. Cocooned by the huge red brushes, I heard the strange tale of “Trader Frank” Lane and the wrath he earned from genial Stan Musial. I sat in my pink-foam privacy, calmed by the one podcast I know that’s never in a hurry.

I am not a longtime listener of The Infinite Inning. I’ve only heard about 10 episodes. I get the concept, though, because Goldman was so emphatic about it that day. Somebody on Facebook got under his skin and he shot back in defense of his podcast’s identity. “[The Infinite Inning] is not bounded by anything.” Goldman was adamant. “I reserve the right to go as far afield as I can while still keeping a tip of a finger on the game.”

He sure went afield that day. The infinite inning seeped through time and space into a dark cement bay where a tired woman rested. Popeye’s theme song mixed with candy-scented soap while Stan Musial’s home runs boomed from the powerful motors. All of it stole into my depleted imagination—and gave it a laugh. Once the brushes fell silent, I drove into the evening sun, sparkling clean. 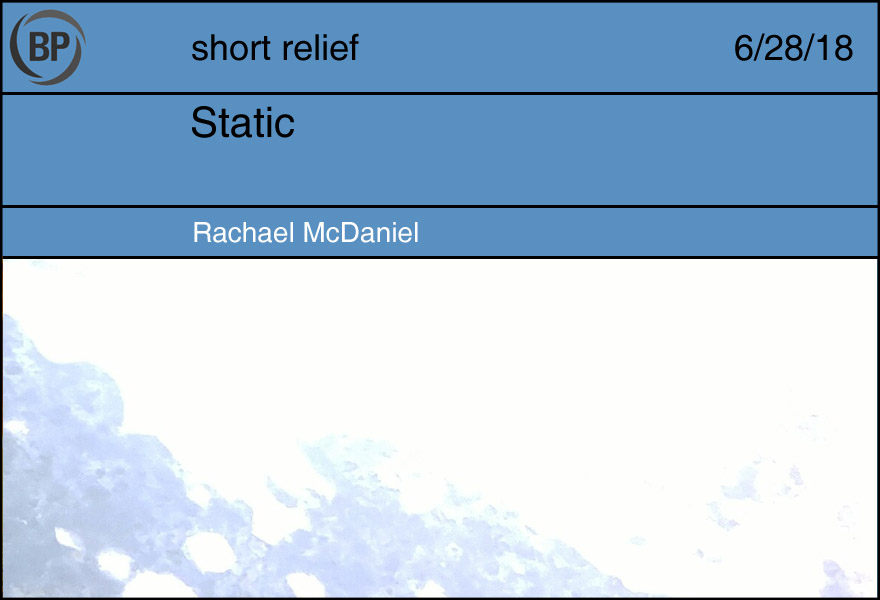 There’s a crackling, oddly familiar voice, coming in from far away, telling you that there were no runs, no hits, no errors. Static. And the score is 6-5, and we’re heading to the. Static. The voice is replaced by a louder one, declaring that you’re listening to. Static. The name fizzles out before turning into some vulgar music, a vulgar voice yelling a series of numbers.

The nights got longer. The days got shorter. The huge dark bruises around your eyes began to encircle your vision, too, until you could barely see anything in the daylight. A pinprick in a heavy blindfold, everything thick and muffled. The nightmares, in contrast, stab like fingers grasping in your ribcage. You don’t know when you stopped waking up, but you know it was a while ago.

And it’s probably not even real. It’s been so long since anything was real. It’s probably a memory your brain has held onto, from a time when you were awake. That’s why it’s so fuzzy; that’s why it’s full of gaps. The first voice returns, animated, but even more broken up than before.

You feel upset. The static seems to be concealing something important from you. Something you used to know intimately, something that has gotten away. Still, as a sharp crack sounds and the voice grows louder, you feel grateful for the reprieve, such as it is. It’s better than the nightmares.