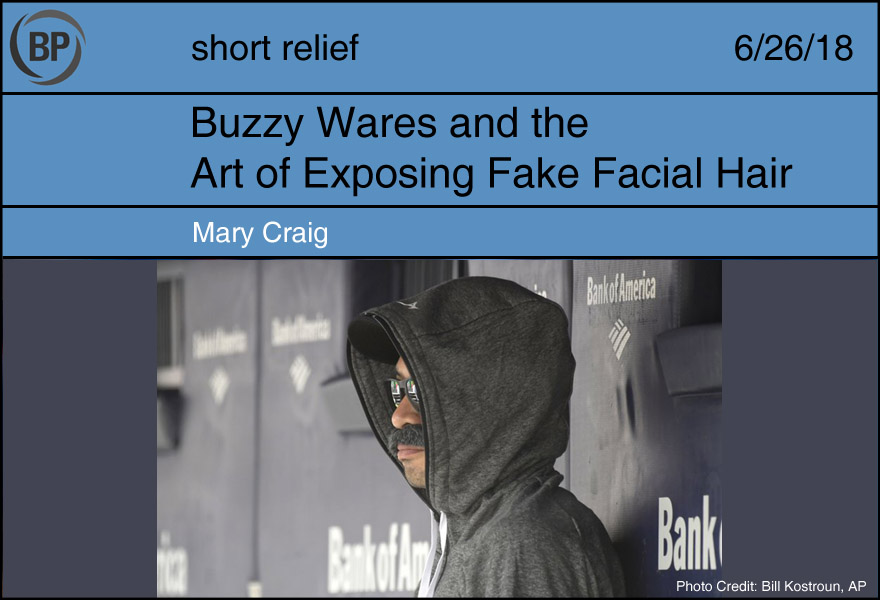 In case you haven’t heard, Ichiro Suzuki snuck into the Mariners’ dugout last Thursday via a fake mustache. Like Bobby Valentine before him, he was easily discovered, and whether under his own volition or that of Major League Baseball, he was gone from the dugout by the start of the second inning. While he gave credit to Valentine—who was happy to receive it—for the idea, the real inspiration may have occurred almost a century ago.

The date was April 2, 1919. The place was the Oakland Tribune’s baseball headquarters. They had finally received the call they had been expecting for the past two days: Jimmy Hamilton had arrived safely at his hotel in downtown Oakland. The Peoria manager would soon be on his way to the ballpark to scout Pacific Coast League players in a game between the Oakland Oaks and the U.C. Varsity. Any player who caught his eye was likely to receive a contract at the conclusion of the game. It was one of the most exciting times of the year, made more so by the ambiguity surrounding Hamilton’s arrival; within hours, several hometown players would make their next step toward the major leagues if Hamilton deemed it so.

The game began and Hamilton was not to be found. He was not sitting where the scouts usually sat, nor was he in any other part of the stands. It increasingly looked as if no player would receive a contract that day. However, a mysterious “whiskered” individual was eventually spotted in the scouts’ seats. Unfamiliar to all those on the Oaks, the assumption was that this man must be Hamilton, up to his typical shenanigans, because whom else could it be? This discovery allowed the entire Peoria roster to breathe a sigh of relief, save for Clyde “Buzzy” Wares. A nine-year veteran shortstop of the PCL with as much worldliness under his belt as could be offered by his 92 major league games, Wares was a man resolute in his convictions. He knew what he didn’t like, and one of those things was “a guy with a lot of camouflage on his face” [1]. It was an abomination for which he would not stand.

While his team was batting, Wares slipped into the stands, inconspicuously creeping behind Hamilton. When the moment struck, he snatched a handful of Hamilton’s “whiskers” and yanked them off his face. But Hamilton was not Hamilton, and the beard was very real, and so up with the handful of hair rose a man who cried out in anguish and astonishment, drawing the attention of most in the park. Thoroughly embarrassed, Wares returned to the dugout, calming his frayed nerves with several handfuls of tobacco.

Hamilton never did make his presence known that day, much to the chagrin of the two managers present, who had hoped to unload a handful of their players. As for Wares, he continued to let his temper get the best of him and was eventually banned from organized baseball for much of the 1920s. To my knowledge, he never did pull another man’s beard again. 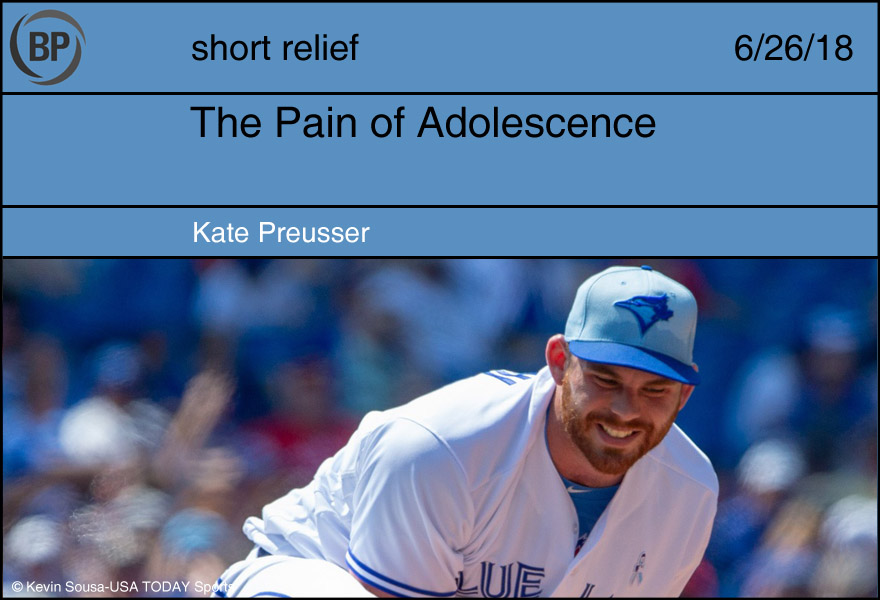 One year ago, I wrote about Joe Biagini and the need to protect his pure essence and sense of childlike wonder at all costs. One year removed from his 1.4 WAR season, however, our boy Joe finds himself in a tough place. He’s lost his starting job (again) and has been relegated to the bullpen (again), where he’s struggled with the transition and is posting some very unsightly numbers. Twitter-searching Joe Biagini’s name leads one to some dark places, and, as his struggles have mounted, Biagini’s effervescent personality has receded. Gone is the boy who wanted to be an air-traffic controller to see the planes land, he who ran, arms a-flap, around the bases for an Intentional Talk segment. In his place is someone who is a little more secretive, guarded, careful in his wording so as not to give away too much, quicker to anger and slower to laughter. He’s focused on talking about his pitches more, wanting to be serious, to be taken seriously. Secretive, volatile, and easily irritable? Our little boy is a teenager.

But Joe Biagini is still that boy, somewhere, underneath all the pressure and nastiness on Twitter and veiled comments about his weight. In an interview—during which he said “thank you for the nice question” and also “nice words” when he particularly appreciated how a question was phrased—Biagini revealed something that’s been helping him stay grounded: thinking about balls in the air.

“Have you ever thought about how many baseballs have never touched the ground?” he asked a reporter.

REPORTER: Not lately, no.

“Well, you should think about it, because I was thinking about it the other day in the bullpen. You have a ball that’s put together in a factory somewhere, and then they put it in the box, they ship it out to here, they take it out of the box, rub it up, whatever, they put it back in the box, they bring it back to the dugout … give it to the umpire, give it to the pitcher, he catches it [makes catching motion], throw, foul ball, guy catches it, puts it in his pocket, takes it home, puts it on his, like, dresser or something … never touches the ground. You’d think, like, a baseball, at least I would assume, at some point it has touched the ground.”

REPORTER: This … is a quandary.

“I just wonder: what percentage of baseballs have never touched the ground before? Like, it’s a ball; it should touch the ground. It’s, like, … a sport.

REPORTER: Do you have a guess at what percentage?

“I don’t know. … You could do, like, a poll, like there at the bottom of the screen. I’d say maybe seven percent. Anyway, I hope that helps.”

Helps whom, or what, exactly? That part is left a mystery, as that’s the end of the interview. But whatever it is, it seems to be helping Biagini, who is currently on a streak of four scoreless appearances, his latest being in a win against the Astros for which he earned a hold, striking out both George Springer and José Altuve. Maybe thinking about everything that levitates, despite all the forces pulling it down, helps Biagini.

Adolescence is a tough go. Your body becomes an enemy, a stranger, a territory argued over by warring nations. If it helps Biagini to not look down while he’s walking the tightrope of being an MLB player, so be it.