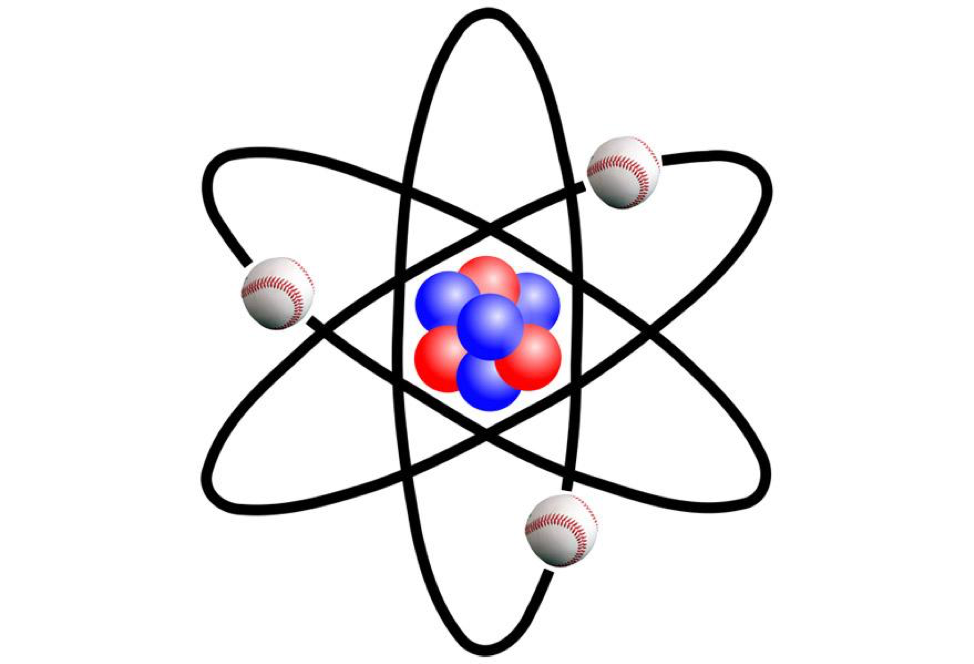 You’ve probably heard of Zeno’s Paradox. Here it is, in a nutshell:

You’ve got a race between Achilles and a turtle. Plain, average turtle. Not sure who’s booking this event, but to make it interesting the turtle gets a 10-foot head start. It doesn’t really matter how long the race is; the turtle has no chance here. Only, here’s the thing: the gun goes off, and both the turtle and Achilles leap forward. Achilles can easily catch up to the turtle, except before he does that, he must get halfway to the turtle first, while the turtle has crawled slightly forward. At that point our weak-heeled friend covers half the remaining distance, only to have the turtle inch ahead again; this repeats, over and over. The turtle always stays one fraction of (a fraction of) a step ahead.

I mean, not really. If Jered Weaver’s fastball could make it to the plate, the existence of all movement is pretty safe. And besides, Zeno’s paradox wasn’t actually a paradox, just an indication of a shortcoming in the Greeks’ mathematical vocabulary. They didn’t get the concept of speed, as an equation of dividing distance by time. So as Achilles starts running, he keeps getting halfway, but the time elapsed keeps getting cut in half as well. He can never reach the turtle because we never allow him, in the framework in the puzzle, to reach the moment where he would. It’s not exactly satisfying to modern audiences.

As Jim-Al-Khalili points out in his book, Paradox, however, there is one realm where Zeno’s idea still has a shot: the shadowy world of quantum physics. The realm of the infinitesimal operates by rules, but they’re not the same rules that we’re used to with the good old predictable apple-falling variety of Newton. In fact, quantum physics is a little like baseball, in some ways. Both worlds operate in a universe of chance, rather than comfortable absolutes.

Take some identical atoms of any element. All radioactive atoms decay over time; it’s one of those things they do. But we never quite know when; they don’t follow a set schedule. All we can do is estimate an element’s half-life, the point at which we can expect half of an element’s atoms to have kicked it. It’s like a series of coin flips, or Mike Leake starts. Given enough time, we can expect both heads and Leake’s win-loss record to settle in at .500, but it can take some time for us to get there. Add in observer bias—the concept that, particularly on the molecular level, you can’t observe something without affecting it—and you end up with a kind of watched-pot situation. We know that this uranium atom will break down, we know when it probably should break down, but there’s no guarantee that it will at any moment, or indeed ever.

It’s the same situation with, say, Nick Markakis. If there’s a baseball periodic table of elements, you could look Markakis up and find .290/80/12/70 underneath his name. In fact, that’s what PECOTA and the other projection systems essentially are. And yet this particular iteration, this Nick Markakis element, refuses to break down the way that all the others have. We expect regression, wait for the world to behave the way we know it should. This Markakis simply refuses to behave. Perhaps our attention has emboldened him, given him confidence, triggered some epiphany, as we’ve seen with players like Mitch Haniger and Jose Bautista. Or perhaps he doesn’t read the paper, and it’s just a string of Douglas Adams dice rolls, flipped coins that stand on end.

It wouldn’t be the first time that observer bias has made its way onto the field. Baseball is blessed with rules that align the personal motive with that of the team more often than not, unlike some other team sports. But there are certainly ways that public opinion, and reporting, have affected baseball behavior. We see it all the time today in launch angle experimentation and pitching styles, but we also saw it in 1982, when Dan Okrent in 9 Innings described Gorman Thomas: “‘I might be able to hit .280 or .290,’ he said, a lifetime .232 hitter when the 1982 season began, ‘but not with 35 bumps. I’m here for the bumps.’” Is this the real Gorman Thomas, or is it the Gorman Thomas he made himself to be? Was Steve Garvey obsessed with batting average, and would he have been a better player if he’d been encouraged to take a walk?

The fun of baseball is figuring it out. I noted recently that baseball’s unyielding hunt for the true talent of a player, their own atomic half-life, can be exhausting. But the alternative, the act of constantly processing and weighing new information, can be just as exhausting, if not more so. Everything is exhausting. In the end, it’s probably for the best that we have a sport that lies to us, where the expression of talent, through its sun doubles and lefty strike zones and grounders into the hole, disguise themselves in the thickets of sample sizes.

The analytics of baseball are more advanced than other sports because of the individualistic nature of the game, and its history, but also because we need them more, willed them into being. One doesn’t need a magnifying glass to appreciate LeBron James the way one might with Paul Goldschmidt, after an entire month of April. This is the key element to the madness that is Mike Trout: he is always Mike Trout. It’s amazing.

Baseball is good for us, in this sense. Like the atoms that break down at will, that ignore all the physical laws we need to process our lives, the sport is unrepentantly, giddily unfair. And our search for true talent, to extract the processes behind results and the microscopic details, not only fail to fix that unfairness, highlights it. This, to me, is the strange disconnect between many fans and advanced baseball statistics, who feel like they interfere with one’s ability to enjoy the game. The more analysis you have, the better and more specific you can be in identifying how something happens. But they never tell you why.

As a middle-aged man with young children, that unfairness can be wearying as the bookend of a random, frustrating day, after the kid gets angry at you for washing her hair even though you’ve washed her hair literally a thousand times before tonight and it’s not like we’re springing some huge surprise at this point and you just want some piece of the world to actually put on its own goddam shoes like it’s supposed to. But it also offers so much potential in that chaos: to teach them about loss in a safe environment, deaths of seasons before the death of a grandparent hurls reality at their little lives. And about miracles, in the way that brilliant things can happen even when they seem mathematically impossible, especially in a adult-ruled world with so many rules and routines.

I’d dare say that for a majority of people, the world isn’t in the best place right now, and our lives are spent either stressed about the things we can’t control or guilty for turning away and seeking respite from them. I feel it, too. Bad news can feel so definitive at times, so inevitable, that you look at those children upset at having to eat rice and think, how are you going to handle the rest of this? And that’s where baseball is a tiny little beacon, the Seattle Mariners sitting there, saying, you don’t know. It seems bad but you can never really know for sure. There’s a value to that, beyond just mere selfish distraction.

Aristotle never cared much for Zeno; in fact, the only surviving record of the latter are the rebuttals made by the former in his own recorded works. But it may have done some good for Aristotle and his philosopher pals to study a little baseball along with their search for love and truth, and not just to think about sprint speed. Because sometimes the turtle does win, when the turtle happens to be the 2006 Cardinals.

You need to be logged in to comment. Login or Subscribe
Michael Cappucci
Excellent piece, Patrick Dubuque. I imagine this is Zeno's first tag in BP.
Reply to Michael