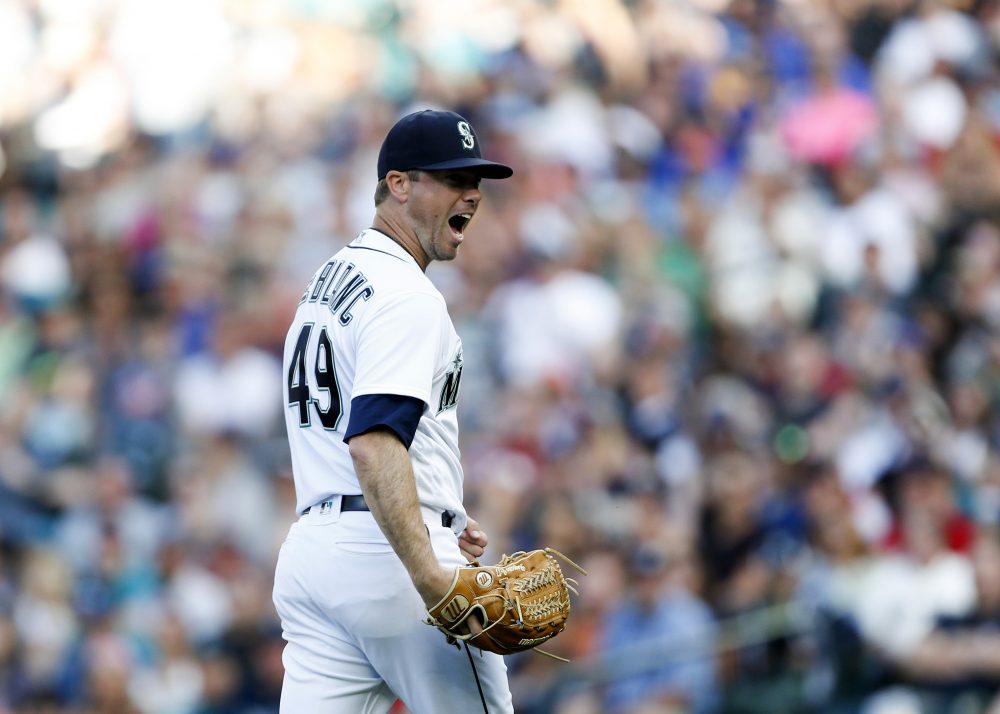 The game is endlessly cruel. It grinds down and tosses away the remains of so much pure hope. Countless careers have been reduced to scrap after so many ligament tears, shoulder ailments, and realizations that maybe the player really can’t hit the breaking ball after all. Baseball is a game of failure, the old saying tells us. It’s that failure that makes the unexpected successes so much sweeter.

We knew Mike Trout was probably going to be great. We are in awe of his ability. Yet that awe isn’t surprise, at least maybe not anymore. We are likely witnessing the greatest player ever. It has grown, on a certain level, boring.

The unexpected is a greater thrill. It’s an eye-widening sensation, one that soars up through the body into a vocalization of wonder, be it a gasp or an excited laugh. The unexpected is Wade LeBlanc.

Raise your hand if you knew that LeBlanc would be this good this year. Raise your hand if you anticipated the 2.63 ERA. None of you are raising your hands. Nobody foresaw this, except for maybe Jerry Dipoto in a particularly strong fit of madness. Yet it’s happening. LeBlanc doesn’t just look good. He looks great. He held the Red Sox to two hits and struck out nine in 7 2/3 innings, because baseball is the greatest sport in the world.

That’s Wade LeBlanc, a journeyman, the very embodiment of “You’ll get a job if you have a pulse and throw left-handed,” exiting to a capacity crowd standing ovation after kicking the life out of the Red Sox.

Jose Trevino isn’t supposed to be here, at least not yet. But this is what happens when your starting catcher gets suspended and the backup goes on the disabled list. The guy’s talented to be sure, but he’s been dropped into the fire.

He made his Father’s Day count.

An absolute mess of a game ended in a beautiful way for Trevino, who just became a father himself.

He had one hell of a day on Saturday. After a walk his first time up, he did this:

The Mets stink. They’re just genuinely awful. And yet even they find ways to win ball games.

Where would the Mets be without Brandon Nimmo? He’s been the one bright light on the roster outside of the incredible work of Jacob deGrom. He’s a genuinely fun and exciting player on a team known for drudgery and the destruction of all that one holds dear.

This has been your yearly Yankees Old Timer’s Day Dinger Update.

It’s been a season to forget for Billy Hamilton. Good thing he can still do this.

Fun schedule today. Start off with the resumption of a Yankees-Nats game that was halted by rain a few weeks ago. They’ll pick it up in the sixth inning around 5. It’s a 3-3 tie. Juan Soto will make his big league debut after making his big league debut. Tyler Austin has homered in this game for the Yankees. He’s no longer on the roster. They’re also going to play a full game after this, because that one got rained out too. Sonny Gray and Erick Fedde will be the starters.

Then tune in for Phillies-Cards at 7. It’ll be Miles Mikolas, the Lizard King himself, against Nick Pivetta. The Phillies desperately need Pivetta to find his stride again.

Jacob deGrom will be thrown into the blender of Coors Field at 8:40, but then again, the Rockies offense ain’t what it used to be. Tyler Anderson will go for Colorado.

Then tune in for a Zack Greinke-Mike Trout showdown at 10, because why the hell not? Jamie Barria is also pretty interesting, and he’ll be tasked with keeping the Diamondbacks off the board.