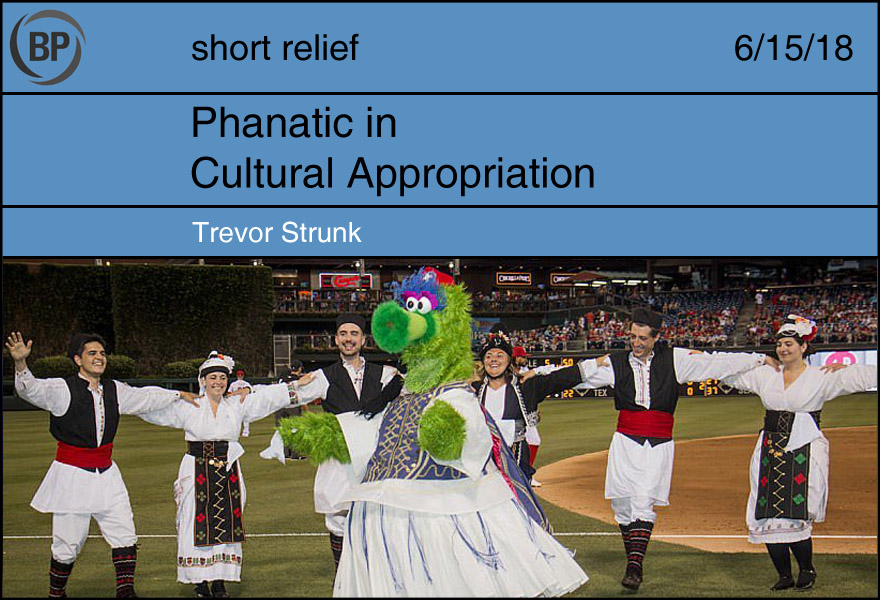 Do you have a heritage night or pride-based festival that’s coming up? Do you want to have the spotlight and reach that only a major league baseball team can bring? Are you committed to having the Philadelphia Phanatic make a mockery of your beloved culture?

If you answered yes to these questions, then the Philadelphia Phillies have a once in a lifetime opportunity for you to take advantage of today! You, yes you, can have the Phanatic mock your beloved culture live during the 7th inning stretch of a Phillies home game!

Have you ever dreamed of the Philly Phanatic, dressed in a massive cossack-style hat and doing the barest approximation of a traditional Russian dance, flicking his tongue in your face and waggling his terrible belly in your direction while honoring your relatives’ sacrifice and heritage?

Have you dared to imagine coming out to Filipino heritage night, live at Citizen’s Bank Park, only to have the Philly Phanatic drive a convertible onto the field blaring “La Bamba” at top volume, in a gesture that is so offensive any scintilla of respect simply makes it worse?

Perhaps you’d like to celebrate your Irish heritage on St. Patrick’s Day? In a green Limited Edition Phillies Lucky P Hat (all rights reserved), the Phanatic will play bagpipes loudly and proudly, all while circling you and yours in a rapidly closing Golf Cart route. Not the cultural instrument you were hoping for? Too bad! We don’t control the Phanatic, and neither do you.

So call the Philadelphia Phillies today for a once-in-a-lifetime chance: to have the Phanatic make a mockery of your beloved culture. We are beholden to him, and must give him this opportunity or he will do terrible, unimaginable and unpredictable things. Let this demon, this absolute monstrosity, bring a memorable flourish to your cultural event or business excursion! 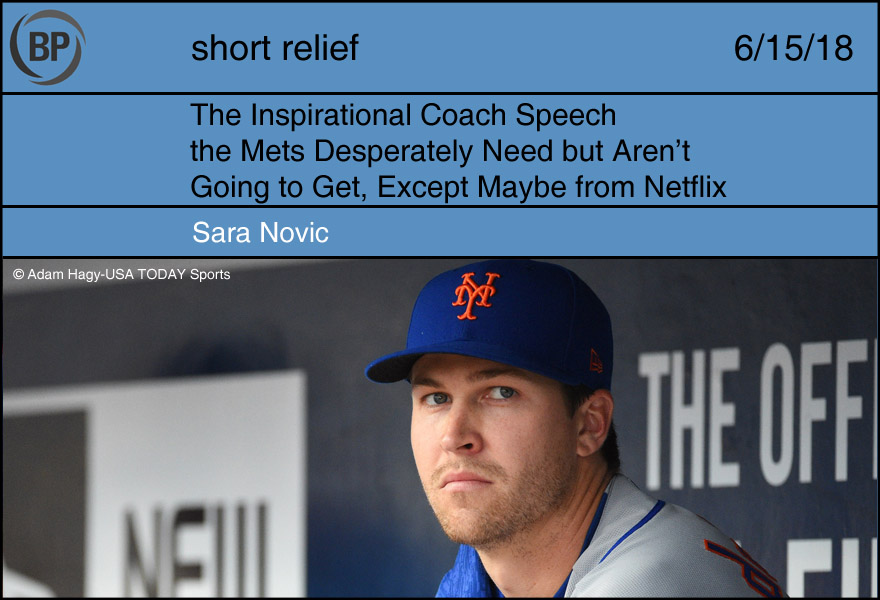 Listen. We’ve been on a bad run. Not the worst we’ve ever been (as a franchise, that is) but inarguably, indisputably bad. Still, there’s some good news: it’s only June. It all comes down to today, and either we heal as a team, or we’re gonna crumble. Inch by inch, play by play. Until we’re finished. We’re in hell right now, gentlemen. Believe me. And, we can stay here, get the shit kicked out of us, or we can fight our way back into the light.

We may have the lowest payroll of any big-market team. You may seemingly bat out of order and look like idiots, taking the fall for your scatterbrained management. And Jacob—you may pitch inning after perfect inning and still lose every. goddamn. game. But tonight that’s in the past. It’s time to lift those chins. Because there’s no crying in baseball.

Great moments… are born from great opportunity. And that’s what you have here, tonight, boys. That’s what you’ve earned here tonight. One game. If we played ’em ten times, they might win nine. In fact, they most certainly will; with a record like 28-36, it’s kind of a statistical inevitability. Especially if we’re playing the Braves. Hell, even if it’s the Marlins.

It may feel like your destinies are out of your hands. Sure, we keep putting Cespedes on the DL too late, and taking him off too early! Of course, he should be deriving his power from the dynamics of his swing and not his freakin’ quad. But at the end of the day, the fate of this season is not on any one man’s shoulders—not mine, not Yoenis’s, (okay, maybe deGrom’s). If we don’t start working together as a team, if we don’t come together right now on this hallowed ground, we too will be destroyed. Team, team, team – no one more important than the other.

It’s hard not to be romantic about baseball. You know what my dad always said, “having dreams is what makes life tolerable.” I’ve been in this game a long time. I’m not in it for a record, I’ll tell you that. I’m not in it for a ring. But that’s not permission to quit on me. One of the most important things in life is showing up, and right now, this team is just not doing it.

We’ve got no Dark Knight to swoop in and save us, no Jeurys, no Thor, no power to speak of. There’s no denying, it’s gonna be hard. It’s supposed to be hard. If it wasn’t hard, everyone would do it. The hard… is what makes it great. 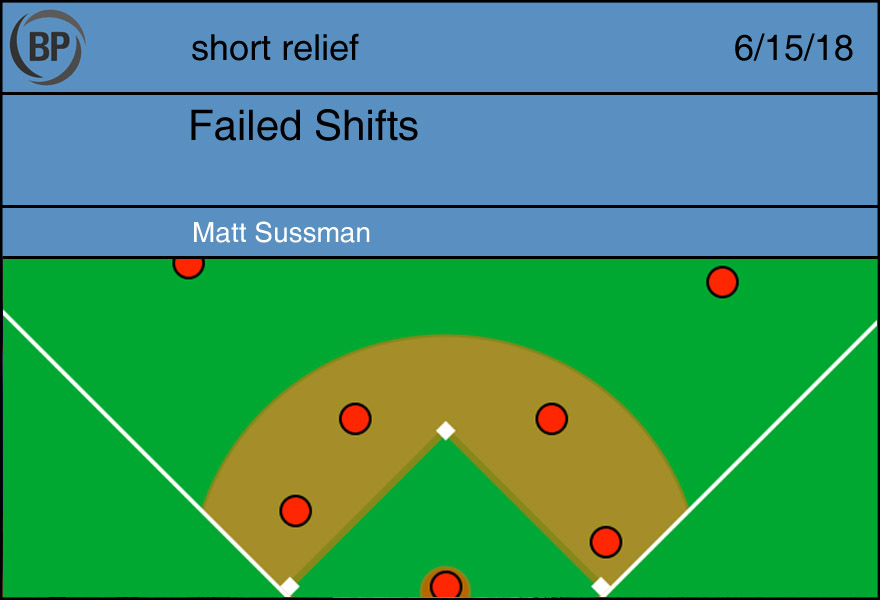 MLB is toying with the idea of looking at possibly contemplating an inkling of doing something about shifts (unconfirmed), as they have changed the way batters have approached hitting baseballs, and also they look weird as heck, but mostly that last part. Whatever they do, they are sure not to worry about the following shifts which almost never work: 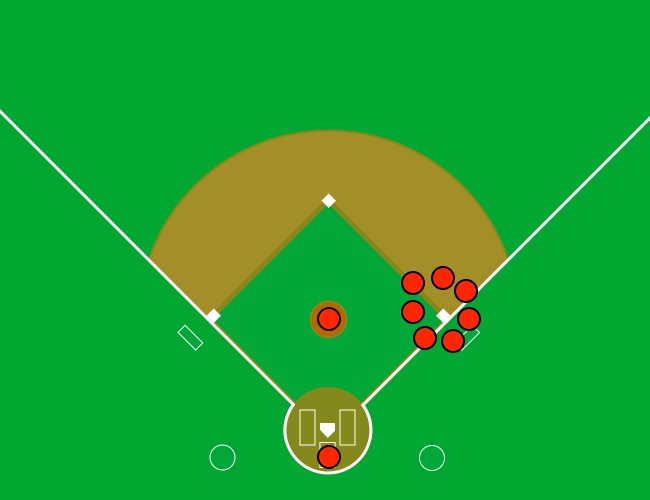 Strength In Numbers — The first rule of fielding is to make sure the runner doesn’t get to first base. Naturally, this is the fat guy in a goalie theory — they can’t get there if you crowd first base and make it extremely inconvenient for the runner to say “excuse me” upward of seven times. 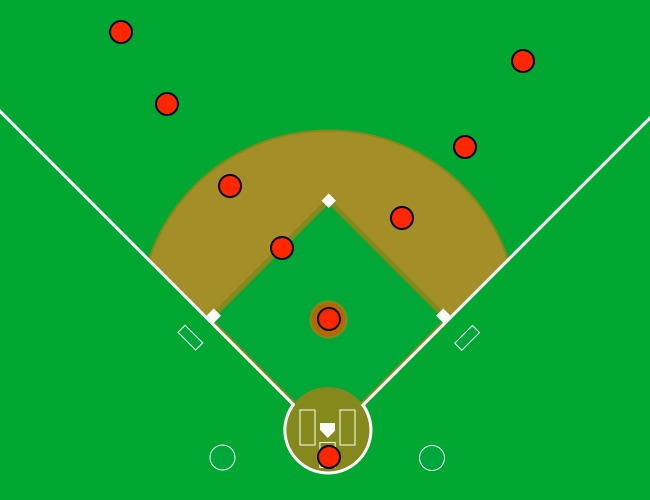 Flying V (not to be confused with the Varitek Shift) — Not great against doubles, but Tony Gwynn would have only batted .261 if they had done this to him. This one ultimately fails as any relay throw from the outfield requires hitting three different cutoff men. 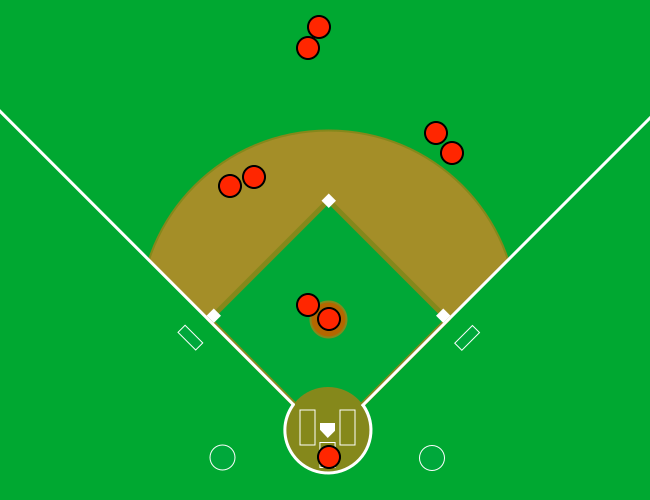 Hoedown — Other than briefly making the batter feel lonely, the range of each fielder is greatly extended when they can swing their partner round and round, making diving for baseballs a thing of the past. Unfortunately most baseball players, it is well-documented, are not good dancers. 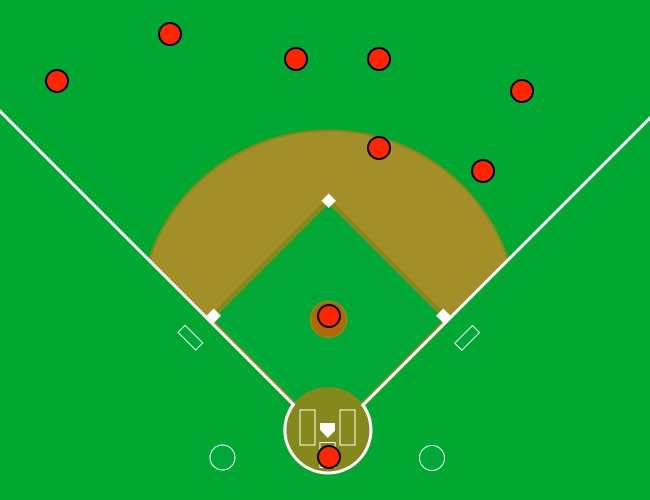 The Big Dipper — If you squint hard enough you can sort of see why the 2013 Astros would have at least tried this. If you squint harder you can see that team only had three players make more than a million dollars, so this shift fails to meet canon as there were way more stars than promised. 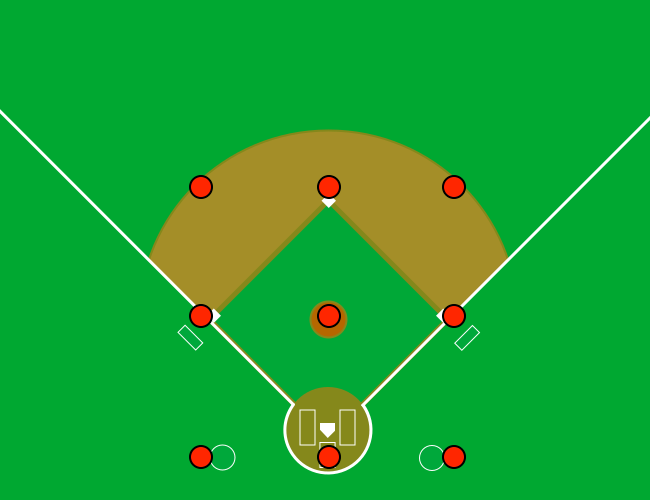 Hollywood Squares — Adam Lind takes Paul Lynde. Jay Bruce takes Bruce Vilanch to block. Gyorko gets the square. But with only one team batting at once, it was pretty easy to get three in a row. Still, it brought the average length of game closer to 30 minutes. 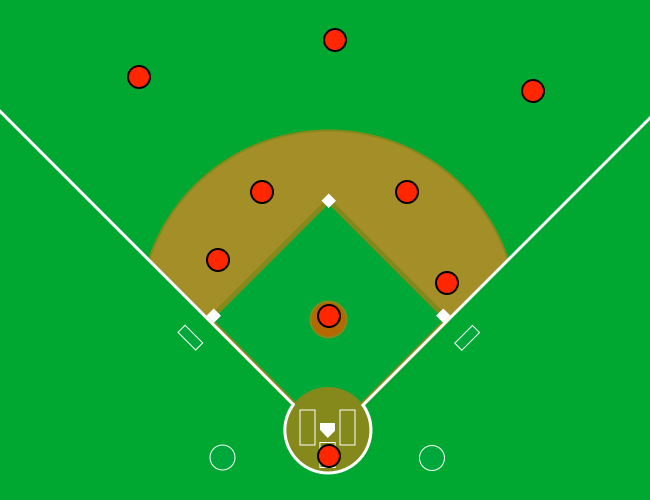 Mike Trout Shift — Standard configuration, but each fielder gets a jetpack. Even the pitcher. Especially the pitcher. This would bring Trout down to a 9-WAR player.

You need to be logged in to comment. Login or Subscribe
jnossal
I hope you aren't serious, Trevor, but if so, have to point out Richie Valens came from a Mexican family, not Filipino and bagpipes and golf are Scottish ethnic items, not Irish. If you meant to parody a whiny snowflake, well-played (!), if not, how embarrassing for you.
Reply to jnossal