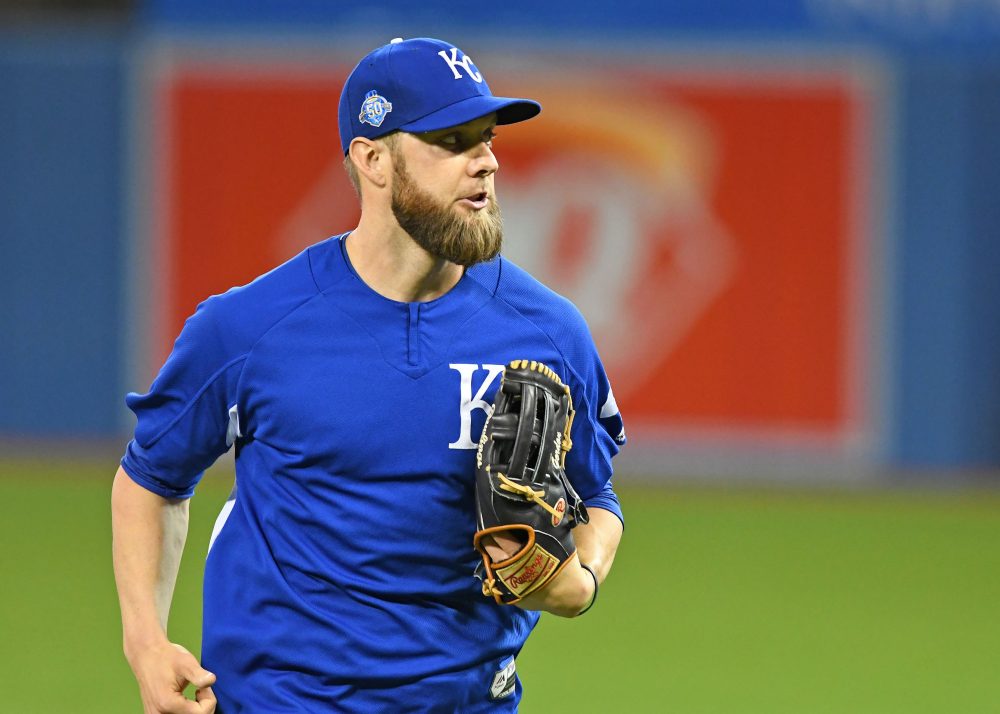 The Twins made a stunning move Thursday, demoting slugger Miguel Sano to the minor leagues, with the news coming less than a year after he had earned a trip to the All-Star game. And not merely did they transact him as if they were sending any old Trevor, Tyler, or Taylor to Rochester, but they bypassed Triple-A and Double-A entirely, pushing Sano all of the way down to Fort Myers of the Florida State League, the Twins’ High-A team.

It’s unusual to see a 25-year-old forced to work his way back to the majors after appearing in 347 games and accumulating 1,476 plate appearances. Sano was established. So, for all of you shouting something like “hey, why don’t they send the (struggling) guy back to the minors and teach him a lesson?!” from afar, this one’s for you. This is not the first time that a team has demoted an established major leaguer back to the bushes. Sometimes, minor-league demotions aren’t so run of the mill.

Here are 10 other cases of players with major-league bona fides who found themselves demoted.

When the Cardinals sent Randal Grichuk to the minors in 2017, he was 25 and it was a surprise, given that he was a first-round pick (right ahead of Mike Trout in 2009 for the Angels), and that he slugged .548 in 2015, his first full season. But Grichuck’s production had leveled off in 2016, and he never made an All-Star team—unlike Sano. There wasn’t an obvious disciplinary motivation to Grichuk’s demotion, although his relationship with manager Mike Matheny wasn’t the best. Grichuk did experience a certain amount of humiliation at being sent to the Florida State League in an effort to fix his swing. It’s not hard to infer the Twins want Sano to feel humbled about being sent down. It’s harder to tell if Grichuk’s move worked: Grichuk is batting .181/.261/.371 for the Blue Jays this season.

Sano’s demotion isn’t entirely like the Braves demoting John Rocker in 2000 for his threatening outburst at reporter Jeff Pearlman in retaliation for quoting him accurately, if infamously, in Sports Illustrated. The Braves were able to say Rocker’s demotion was in part because of his lack of control on the mound, in addition to his self-control while speaking. But there seems to be a punitive element to the Sano move, even if the Twins don’t say it in so many words. There is a lesson being taught. Will it be learned? Did Rocker ever learn any kind of lesson? Are you kidding? The rest of his career/life continued/continues to be plagued by control issues of all sorts.

The disciplinary angle of Sano’s demotion is more like that of Yasiel Puig, who also was 25 when the Dodgers sent him to the minors in 2016, just two years removed from an All-Star appearance. Tired of Puig’s antics and underwhelmed by his production, the Dodgers failed to trade him just before the deadline, and made a deal for Josh Reddick that took Puig’s playing time, regardless of whether he was on the active roster.

Here’s what Dodgers manager Dave Roberts said, in short, about why Puig was sent down:

“As much as I care about him and I want him to be great, I mean, guys have to take ownership and be accountable for themselves, as a grown man.”

Is Puig “better now”? Yeah, although the Dodgers-Puig alliance always seems like an uneasy one. For the most part, he’s been a very helpful player, if not quite what everyone hoped. Did his demotion to the minors have anything to do with it? Your guess. Maybe he doesn’t want to be whacked with the stick anymore.

The Diamondbacks paid a steep price in trade for right-hander Shelby Miller, and when he cratered at age 25 in 2016—the season after he had made the NL All-Star team—Arizona sent him to the minors.

Miller tried to say the right thing at the time:

“I saw it coming,” Miller said. “I have a 7.14 ERA. It’s not like I’m pitching great. … Obviously I was kind of struggling up here for a while. I’m surprised I stayed up here this long.”

Miller returned to the D-backs that season, and made four more starts in 2017 until his story was interrupted by Tommy John surgery. There’s a possibility we will seem him back in the majors again soon.

One detail that makes moves such as these possible is the player having minor-league options—in other words, his contract doesn’t require that he pass through waivers in order to be sent to the minors. Sano obviously had options, and the Twins used one. If he didn’t, there’s almost no chance a player with his pedigree—given his age and talent—would be demoted like this. Not that Sano is the most famous or most talented ballplayer to be sent to the minors. That one, probably, would be Mickey Mantle, whose rookie season in 1951 was interrupted in July when the Yankees sent him to Triple-A Kansas City for 40 games because his batting average dipped to .260 (and because his OPS, not that anyone called it that back then, had fallen to .763).

The Mantle parallel isn’t terribly precise; he was 19 years old at the time and had played just 69 games, but he was Mickey Mantle for crying out loud. Mantle wanted to quit, by the way, but his dad talked him out of it (so to speak) by implying he was acting like a coward. The message, ham-fisted though it might have been, presumably got through.

A similar demotion happened to Willie McCovey with the Giants nine years later. McCovey was the NL Rookie of the Year in ‘59, but after a slump the next summer, he spent 17 games in the minors in 1960. The Giants also had Orlando Cepeda able to play first base at the time, so the standards were pretty high. McCovey did struggle against left-handed pitching, which made him a platoon player throughout his early 20s. It all worked out for McCovey too, of course. Saying that Sano will be in Mantle’s or McCovey’s class is far-fetched for any ballplayer. And it’s hard to say what effect being sent down had on the Hall of Famers. But let’s say it helped them mentally; helped them focus, concentrate, reinforce what’s important—in the big picture and the little one. That’s what the Twins want from the Sano exercise.

Something happened to Cliff Lee after Cleveland demoted him in 2007. Lee he was 28 years old and playing in his fourth full season when his ERA rose to an intolerable 6.38. He stayed down for 10 starts, and came back in relief for four unremarkable appearances in September. The very next season, he became the best pitcher on the planet. Lee’s entire career narrative forever changed. It’s still not obvious what it was that Lee worked on while in the minors for those 10 starts, though he later said that he changed his attitude about core fitness, because he had sustained an abdominal injury earlier in 2007 that hindered his effectiveness. Lee would not be the first player punished for being hurt, but it’s also possible the experience changed his attitude, in total, for the better.

Roy Halladay’s own career timeline is even more legendary. He nearly threw a no-hitter in 1998, in his second career start, but was left in Florida after spring training in 2001 to work on his off-kilter mechanics. The physical changes Halladay made to rebuild his delivery, along with making an uncommon commitment to the mental side of competing, were the bedrocks of what should be a Hall of Fame career. The Twins aren’t necessarily asking Sano to follow in Halladay’s footsteps, but maybe there are some parallels to he and Lee that could be useful.

Three seasons into his career in 2014—the same year he would help the Royals reach the World Series—Mike Moustakas spent eight games in the minors because of a prolonged slump/general lack of production, period. The Royals were universally ripped for how they handled the demotion, especially in how long they waited to enact it, but it all worked out anyway for Moustakas, who has been a different player (for whatever reasons) ever since. Not that it helped him in free agency. The first time.

More than two-and-a-half years into his career in 2009, the Royals sent Alex Gordon down in the wake of an injury and an extended slump that had skewed his outlook.

“We moved Alex and decided to give him an opportunity to put some joy back in the game,” Royals manager Trey Hillman said before Tuesday night’s game against the Chicago White Sox.

Gordon’s three-week sojourn to the minors in ‘09 didn’t immediately produce results, but after more struggles, the Royals sent him back in 2010 for three months to learn left field. By 2011, Gordon was winning Gold Gloves and hitting as scouts projected.

Is it going to take Miguel Sano two weeks, two months, or another unspecified block of time to re-learn whatever he must in the minors? By sending him to Single-A, the Twins are definitely sending a message that Sano’s building blocks need reinforcement. He’ll have to show them that he wants to get back. Of course, how could he not want to? It’s just, these little side trips back to the minors don’t always work out the way you hope.

You need to be logged in to comment. Login or Subscribe
Llarry
The folks on MLB last night pointed out that the Twins' single-A club is right near their spring training facilities, implying that the choice of location was to give him access to those resources, such as better analysis and nutrition. Teams have definitely gotten more active in sending players down not simply to triple-A, but to whatever level has the conditions and resources they think are best for the player.
Reply to Llarry