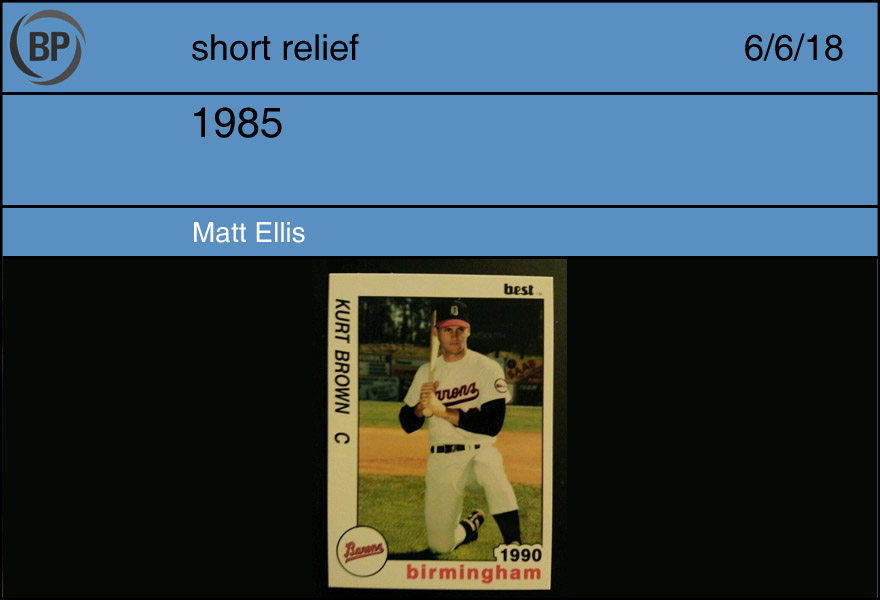 When the phone rang he was in the kitchen. It wasn’t that he didn’t expect a call–there were talks between scouts promising this and that since September. No, instead it was only eight PM, and he thought there would be time to refill his glass of Tab and wait for the returns to roll in.

Fifth. Comiskey. Three Hundred and Twenty Four Thousand Dollars, almost six times the number of people who lived next door in the Glendora suburb that dreamed more for him than he did himself. His mother cried, and his father said, well, he said very little as he tried to choke back that feeling in the back of his jaw that radiated vulnerability, an affect he hoped his son would never see from him nor feel for himself. Kurt, though, felt.

Later that month he packed his workout clothes into a carry-on size duffel bag and imagined what the humid Florida air might feel like on his California arms, and he pinched his wrist and he smiled. If it wasn’t the fact that he didn’t need to bring any of his gear to meet up with his new team, it was tossing the college recruitment flyers in the trash, then sizing up his 163 lb frame in his standing mirror and thinking about what he might look like on WGN, NBC, or even a thin piece of cardboard in a whole wheat bread bag. He zipped up the duffel and floated down the stairs, the voice of his family wishing him well the air upon which he walked, and he went through the front door, and it closed behind him. 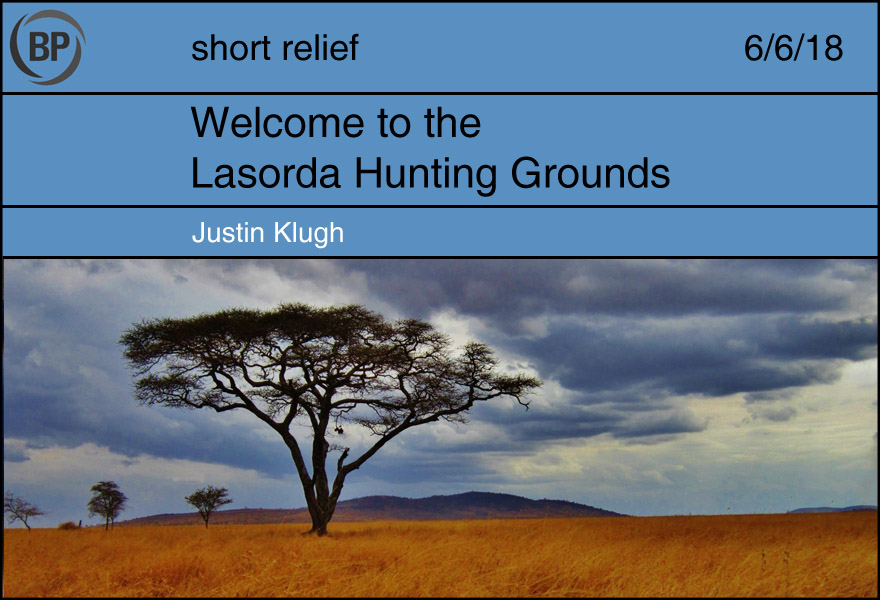 Congratulations! If you’re reading this pamphlet, you have crossed the financial threshold required for membership, and now have access to our highly exclusive amenities, available only to baseball’s best, highest-paid players.

Here, you can live out every star’s top fantasy: Hunting the retired mascots of MLB teams for sport.

During your visit, don’t forget to stop by the Blood Lounge, featuring a pool table for casual, high-stakes bets between millionaires; a fireplace around which to gather with your colleagues and discuss the kills of the day; and genuine, taxidermied former Astros mascot Junction Jack, whose throat was slit by an unflinching Joey Votto in 2013.

Our service in your quarters and dining areas is unmatched. But once out on the grounds, we let you roam as freely as our game, with no regulations whatsoever in regards to the method or cruelty of your actions.

Pick up the trail of Twinkie the Loon in the viscera-drenched marshes of our northwest sector. Camp in the light of the huge, glowing eggs laid by Crazy Crab, a dead-eyed monstrosity that at one point represented the San Francisco Giants. Do your best get your shut-eye before Lefty, the Red Sox sock, emerges from his subterranean dwelling to wander the lake’s edge and howl in mourning of Righty, his mate who was lost to a salvo of crossbow bolts from a giggling Stephen Strasburg just two magical summers ago.

We are happy to acquiesce to special requests, but we ask you to consider your reason for being here. In 2007, A-Rod insisted on murdering both Scoop and Clutch after demanding our staff sedate and restrain the twin bears who once served as advocates of the Anaheim Angels. This did not technically qualify as “hunting” and got us into a bit of legal trouble in which Mr. Rodriguez chose not to participate.

And while you won’t find yourself bound by security or ethics, just remember to be safe out there–these are miscarriages of nature and entertainment you’re hunting, and their behavior is unpredictable to even the most stalwart hunters. Cliff Lee is still officially listed as “missing.”

But the most important thing is to have fun at the Lasorda Hunting Grounds! Use this secret island just off the Great Pacific Garbage Patch for what it was stolen from its native people for: an outlet for your most primal, pent-up athletic urges that you aren’t able to let out while the cameras are rolling. 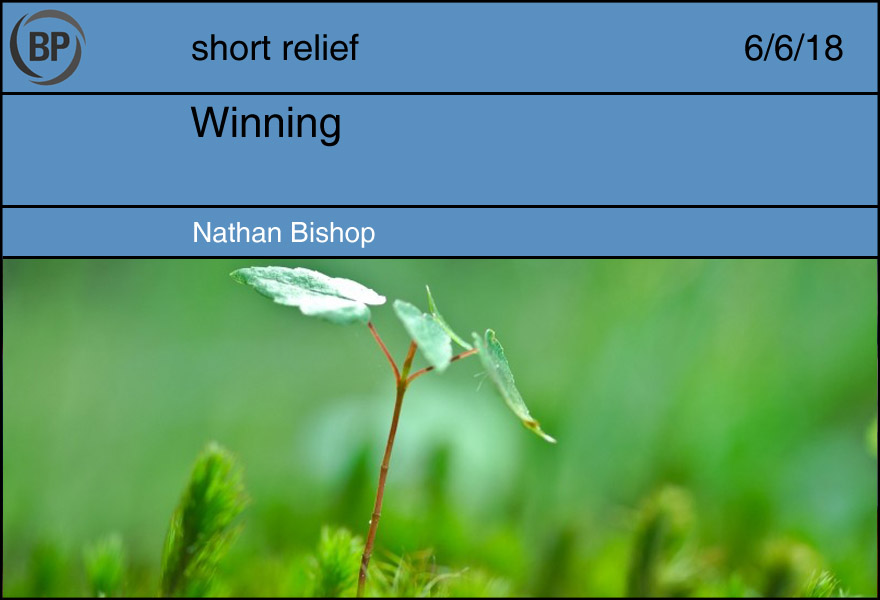 There is a sapling in our front yard, young and strong and growing rapidly. For the last two summers it has been our family’s first base. A particularly sturdy branch sticking out of its midpoint has just recently come within reach of my seven year old. She is herself young and strong and growing, even more rapidly than the tree. She swings on it like a gymnast as she rounds first and heads to second, which is something she never fails to do. Regardless of where the ball is hit, safe or out, she launches off that branch and screams for second base (a shrub). For her the victory lies in the jumping, swinging, and running.

We recently bought her an inflatable mattress for the summer camping, but it was too small. Again; strong, growing, etc. I took it back to the store where we bought it, and picked out a new one. The lady helping me with the exchange, I think her name was Debbie, was wearing a Seattle Mariners sweatshirt.

The Mariners are the baseball I team I grew up with. For almost two decades, they were terrible. Around the turn of the millenium, doubtless due to a Y2K virus, they stumbled into a level of success nearly without historical precedent. Since reality ran McAfee or whichever anti-virus software it uses, the Mariners have returned to irrelevance and ineptitude, now for longer than any other major North American sports team.

But this year, this year is different. Whether by skill, planning, luck, or a combination of all three they are 38-22. Dropping the kids off at school, standing in line at Costco, and other daily activities are surrounded by a populace freshly adorned in navy and teal. The Mariners are winning, and baseball in the Pacific Northwest, for once, seems to be making people happy.

For myself, I feel… nothing. It’s an emptiness I can’t explain, and the more I search for its cause, the further I feel from an answer. Maybe it’s that I thought they were doomed to fail again this year, or that my writing and humor style are better suited to the kind of smirking, sarcastic, cynical tropes flung out in response to ceaseless losing. Maybe, and this is the one that scares me the most, maybe I just don’t care that much anymore whether my baseball team wins or loses. Maybe fandom is something I have not outgrown exactly, but wandered away from. Maybe it just seems so small, and the world so big and scary. Maybe my life these days is a lot less about the smile on my daughter’s face as she swings from that branch in our front yard, than worrying it continues to support her weight, and the bills from doctors visits if it does not.

I told Debbie I liked her sweatshirt. “How about those Mariners?” she replied with a smile. “Our first place Mariners, you mean?” I said with a smile to match. A few minutes later, after some excited discussion about Jean Segura and Dee Gordon, my exchange results in an amount owed greater than I hoped. “Any chance I can use a coupon?” I ask. “Oh….well…..the coupon’s expired but…that was on sale last week so I’ll just give you the sales price.”

I left the store, a little richer because of a winning baseball team. It’s the happiest I’ve felt about it all year.