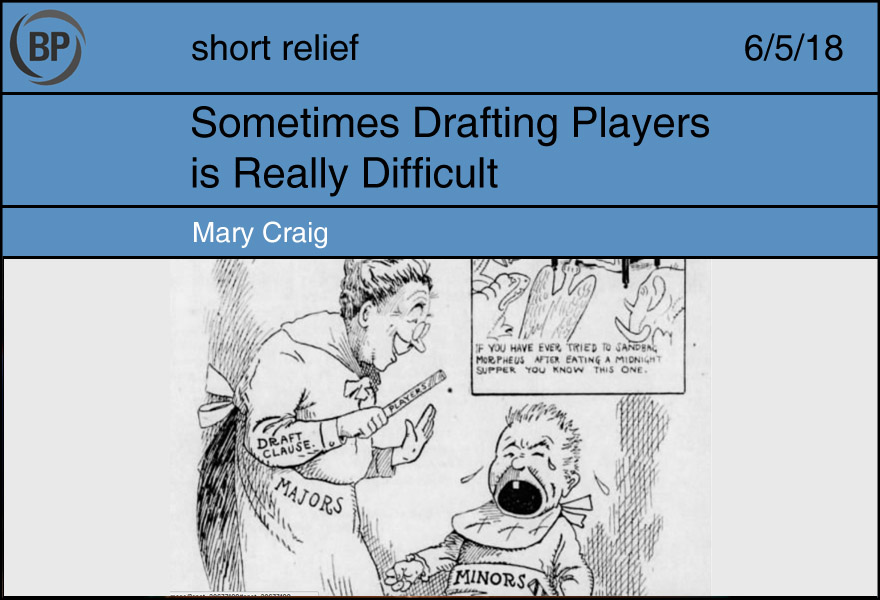 Drafting players is a difficult process, with very few guaranteed successes sprinkled amongst dozens of players who never sniff the majors for a plethora of circumstances largely beyond their control. And yet drafting is also somewhat easy as it requires one to operate within defined parameters that are over a century in the making.

In the early decades of the 1900s, when there was not an amateur draft but a minor league draft, the process was exceptionally difficult. Minor league players and owners continuously railed against the entire concept of a draft, equating it with indentured servitude, as they were not involved in the setting of fixed salaries and compensation for the drafted players. The relationship between minor league and major league teams, coupled with the novelty of a draft, resulted in confusion. In many cases it was unclear just which players were eligible to be drafted and which teams were eligible to draft players, with drafts involving as few as 16 players or as many as 108. Each annual draft featured new rules that were frequently misinterpreted in earnest and deliberately, producing some bizarre and spectacular moments.

In 1907, George B. Dovey, owner of the Boston Doves, selected Joe Kelley, who played for and managed Cincinnati from 1902-1906. No other team considered him eligible to be drafted due to his prior lengthy career in Major League Baseball. Also in this draft, the White Sox selected pitcher Vance Cheney. He was later declared ineligible because he owed the team $110, loaned to him during his trial with the team the previous season. Kelley played one competent season from Boston while Cheney never played a game for any major league team.

In contrast, the drafts from 1913 to 1917 offered amusement by way of form. Each of these years, clubs could bid on as many players as they wanted and the “winners” were selected through the most objective means possible: by drawing a name from a hat. To add further intrigue to the process, the 1914 and 1915 drafts, due to the creation of the Federal League, required draftees’ names to remain private until each player had officially signed with his team. Finally, in 1917, new roster size restrictions forced St. Louis, Philadelphia, and Brooklyn to “cancel” their draft picks the day following the draft, sending each player back to his minor or independent league team.

Various rules and salary objections cropped up well into the 1930s, becoming so dire in 1921 and 1930 that the draft was almost ended. Summarizing the feeling of many baseball writers of this early period, United Press Sports Editor, L.S. Cameron wrote in 1931, “…it’s most annoying to have to write things about which you know really nothing, it being bad enough when you have to write about things about which you know next to nothing.” Imagine if he had to do a mock draft. 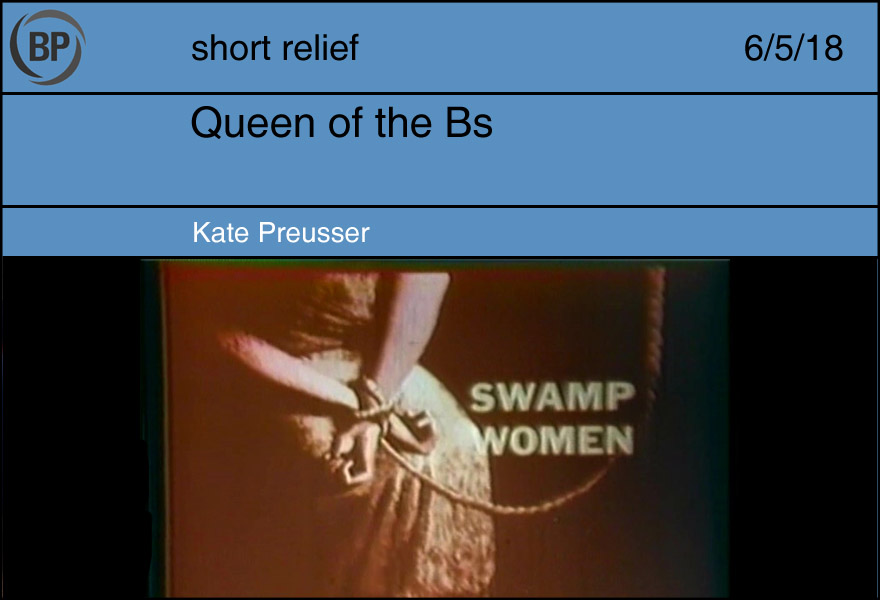 Unless you’re an old-time film buff, you probably don’t recognize the name Marie Windsor, but I bet you’d recognize her face. In studio shots from the beginning of her career, you can see all the hallmarks of conventional beauty: high cheekbones; a long, thin nose; big, clear eyes fringed delicately with dark lashes; a small, insouciant mouth. However, when all those individually aesthetically pleasing features combine, somehow the effect is not ingenue, but ingenue-adjacent. It’s the dark eyes of Judy Garland without the button nose, the gaze of Bette Davis without the appled cheeks, the imperiousness of Katharine Hepburn without the old-money, patrician air. (Joan Crawford without the acting range is also a fair comparison, here.) Whatever it adds up to, it isn’t quite enough, and instead of headlining during film’s golden era, Marie Windsor acted in films like “All-American Playgirl”, “Swamp Women”, “Chamber of Horrors”, ”I Love My Wife, But!”, and “Cat-Women of the Moon.” Her acting career earned her the sobriquet “Queen of the B’s,” a title so strongly aligned with her it’s in the first line of her bio on Wikipedia.

In some ways, Marie Windsor was the Quad-A player of the film industry. The tools might have been there individually, but somehow they just never came together in a complete package. And so she was cast again and again in titles like the ones listed above, each time further entrenching her identity as a B-movie actress. As I see players become mired in the upper minors, earning the dubious distinction of “organizational player,” it makes me wonder where their careers, too, took a different turn, and if they’re able to pinpoint those moments. Recently, former Mariners prospect/Tacoma Rainiers player Taylor Motter took some criticism online when he tweeted a series of emojis that seemed to express disappointment with not being called up to replace the suspended Robinson Canó or the injured Dee Gordon (there was a rollercoaster and a clown involved, as well as a Pinocchio face, but other than that, it’s like reading ancient runes). Motter quickly deleted the tweets, but if he did it to save face with the organization it didn’t work; Seattle, not a team rich with infield depth, DFA’d him a few days later.

But in thinking about it, I have some degree of sympathy for Motter. It must be hard to be conscious of the moment you feel your identity crystallizing into something you wish very much to avoid. Perhaps he would do well to take some advice from Marie Windsor, who in an interview near the end of her life, when asked about her nickname, remarked, “It’s better to be queen of something than nothing at all.”