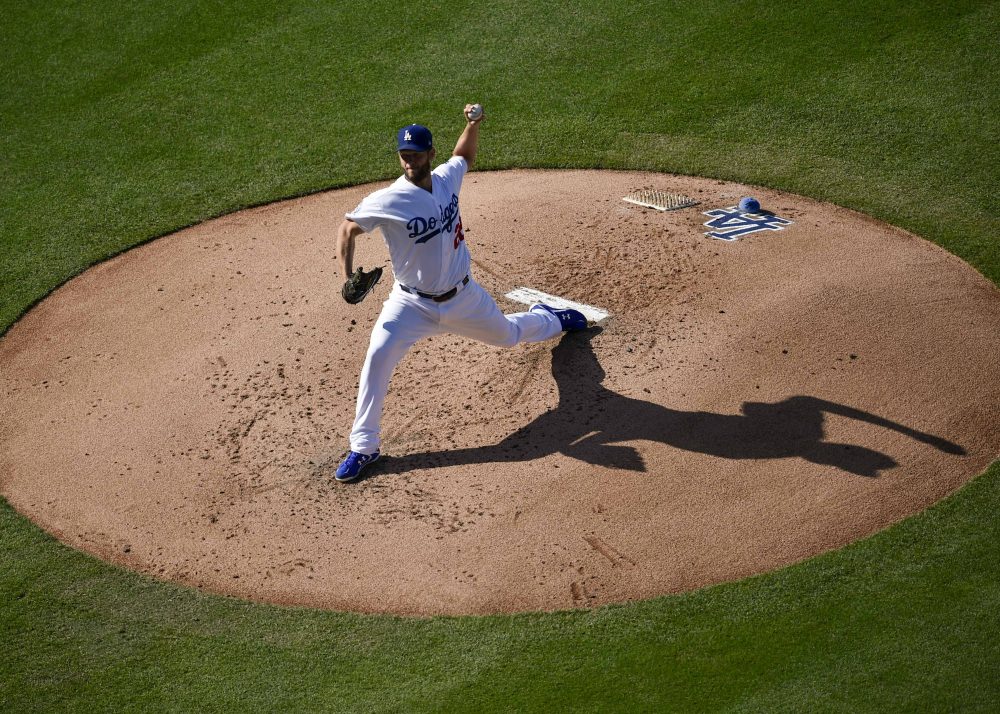 For the first time in a month Thursday afternoon, pitching aficionados around the baseball world received a sight for their sore eyes as Clayton Kershaw made his return to the mound. However, the version of Kershaw that we saw yesterday was not the vintage version that we’re used to seeing.

For starters, here’s a look at Kershaw’s pitch speed for his start against the Phillies: 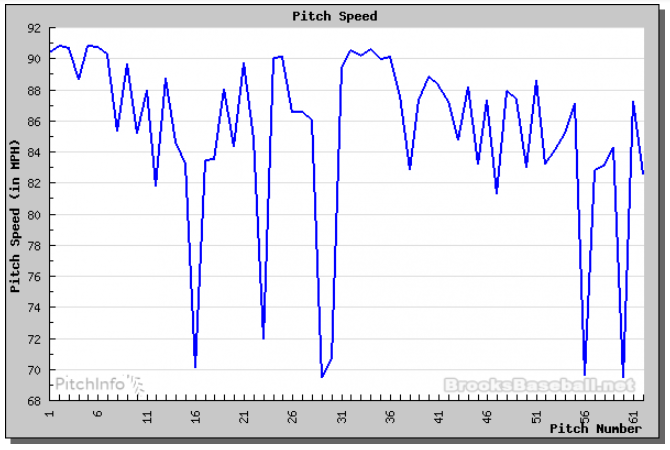 As you can see, he barely got it above 90 mph; he’s normally at around 92 mph when it comes to his velocity, so that was a cause for concern.

With that being said, Clayton Kershaw is a good enough pitcher to where he made the best of the situation by adapting to what was going on. It was pretty clear that he was not going to be able to throw that fastball at the speed that he was used to, so he leaned on the rest of his repertoire. 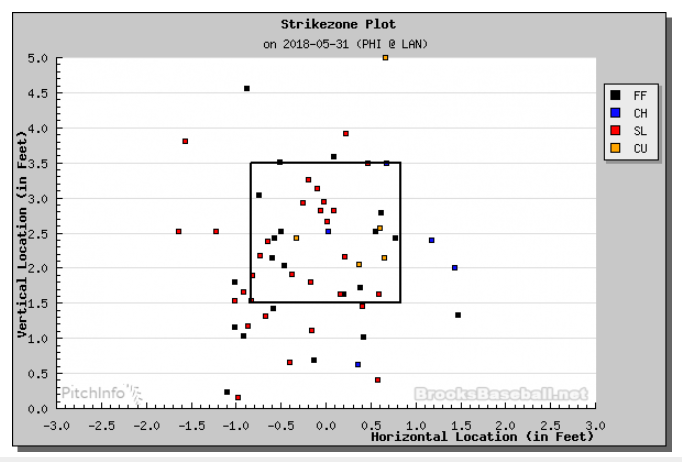 As such, the Phillies ended up seeing a lot of sliders and curveballs from Kershaw. To the former NL Cy Young winner’s immense credit, the Phillies really didn’t do much about it — Kershaw eventually finished with just one run allowed over five innings, with four hits allowed and just one walk.

This wasn’t Clayton Kershaw’s best stuff and it turns out that there was a good reason behind that. Normally you figure that a limited start would just be precautionary on the team’s part but unfortunately, it turns out that he ended up leaving due to injury concerns. He’s going to have an MRI on his back after it tightened up on him during the start, which is what caused the exit.

That news compounded what already ended up being another bad day at the office for the Dodgers. Jorge Alfaro collected the only RBI that Kershaw conceded during his five innings on the mound, with the run itself coming via an extremely dubious call at home plate.

Alfaro also ended up being the man who brought home the game-winning run in the seventh inning after he smacked a gapper to right-center field in order to score Scott Kingery from first base. After Seranthony Dominguez recorded a six-out save to make sure that seven innings of hard work from Aaron Nola didn’t go in vain, the Phillies had collected another win while it was another bad day for the Dodgers.

The Dodgers have already had their fair share of rough days so far this season and here’s hoping that they won’t have to go another long collection of days without seeing Clayton Kershaw out there on the mound.

The Central Division of both leagues gave us a couple of excellent games on Thursday. How’s this for a see-saw in St. Louis? The Cardinals scored four runs in the first inning, then the Pirates slowly but surely climbed back into the game and by the fifth inning, they tied it at four. St. Louis promptly took the lead back in the bottom half of the fifth. Then we got to the final two innings and this game went completely off the rails.

After Gregory Polanco brought home Colin Moran with an RBI double to tie the score, Francisco Cervelli broke the game open with a huge three-run dinger that put the Pirates up 8-5.

The Cardinals stayed quiet in the bottom half of the eighth but they were anything but quiet in the ninth. The first four batters reached safely, and two runs scored on a single from Luke Volt to bring the Redbirds within one. Yairo Munoz golfed one into the fairway beyond the fence in center field to bring everybody home and send the fans home happy. Four runs in the first, then five runs in the ninth — that is why you should get to the ballpark early and always stay late.

ICYMI — Yairo Muñoz comes through in the clutch with a walk-off homer to complete a five-run ninth inning for the @Cardinals. #STLCards pic.twitter.com/wniMgQkyRA

Meanwhile in the AL Central, the Twins gave Cleveland a massive scare. The Indians were up 8-0 after they exploded for five runs in the top of the fourth inning. This included a three-run shot from Francisco Lindor and then Jose Ramirez immediately following that up with a solo dinger of his own.

The month of May has been good to the Mash Bros.

You figure that an eight-run lead is safe enough to not worry about. However, Minnesota decided that instead of rolling over and dying, they were going to get off of the mat and come back swinging. The Twins brought in a pair of runs in the fifth, then added a pair of dingers in the sixth before scoring four runs in the seventh inning, with the tying runs coming from a monster homer from Miguel Sano that tied the score and sent Target Field into a state of delirium.

Can the @Twins complete this wild comeback? Tune in NOW on #FOXSportsGO: https://t.co/ehftkZYL1r pic.twitter.com/cij1CDDIJh

Unfortunately, the delirium regressed into doldrums after Francisco Lindor reminded the Twins fans that he is still very good at this baseball thing. He sent one flying into the lawn in center field to put Cleveland back in the lead and snuff out Minnesota’s comeback attempt for good. It ended 9-8 as Cleveland’s baseball team did what the basketball team couldn’t do.

This is quite beautiful, if we do say so ourselves …#RallyTogether pic.twitter.com/FOQstZ0Buj

It took long enough, but the Washington Nationals finally made it back to the top of the NL East off the heels of a six-game winning streak. Unfortunately for the prohibitive favorites in that division, their latest stint in first place didn’t last too long as they ended up ceding control back to the Atlanta Braves by the end of Thursday night.

The Braves picked up the deciding run in the third inning. Freddie Freeman shot one through the shift on the right side of the diamond and that sent Ozzie Albies blazing across the basepaths. Freeman aggressively went for second base on the play, which resulted in Bryce Harper releasing a less-than-optimal throw, which allowed Albies to score from third on the throw.

Lesson of the evening? Speed (or in Freddie Freeman’s case, something approaching speed) kills.

There’s an old saying that the 27th out is the hardest out to record in any given baseball game. While that’s not always the case, Chad Pinder can definitely say that he had an absolute devil of a time finally corralling the 27th and final out of this win for the Athletics.

The Astros and Red Sox got a four-game series underway on Thursday afternoon and the first game was a decently-exciting 4-2 win for Houston. If you missed it last night, then you’ll have three more chances to see two of the American League’s best square off against each other over this first weekend of June.

Friday night’s pitching matchup is what will make this must-see-MLB.tv for all of you all. Chris Sale (2.47 DRA, 82 cFIP) will be taking the mound for the Red Sox, while Houston will send Gerrit Cole (1.42 DRA, 73 cFIP) to the bump. Do I really need to say any more?