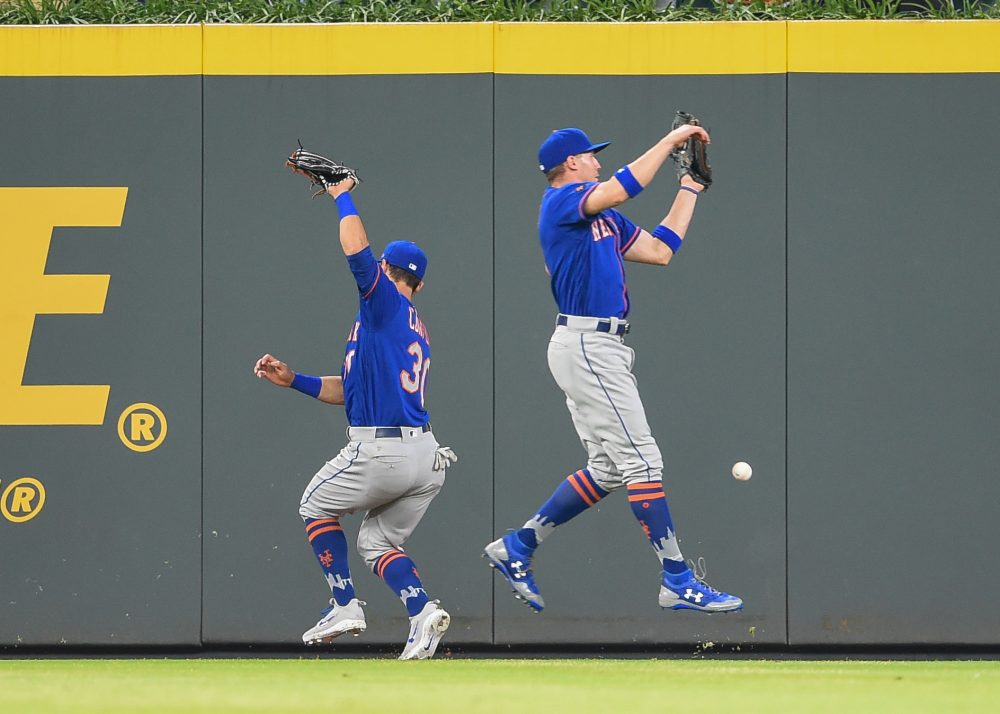 Let us consider, for a moment, the Mets.

No, don’t leave. Come back.

Let us consider the Mets.

Jacob deGrom has been utterly brilliant. He entered the day with a pristine 1.52 ERA. That number would go down by the time he exited the game.

Seth Lugo has also been good this year. He’s been something of a revelation in relief. Mickey Callaway went to Lugo for the eighth. He did not go to Jeurys Familia for the save, as the Mets had a second game to play later in the day. Lugo took the mound again in in the ninth.

The Mets lost on a walk-off pinch-hit homer from Charlie Culberson.

It is perhaps the Metsiest way to lose a ballgame, only a few Jose Reyes fielding mishaps away from filling out the bingo card. It was a waste of a brilliant start. It featured a head-scratcher of a managerial decision. The offense barely showed up. It was almost too Metsy.

And, really, it has been such a Metsy season for the Mets. Everything’s coming up Mets, no matter how many times they shake the Magic 8 ball and plead for a different answer.

The second game of the doubleheader didn’t start until just after 10 p.m. because the skies opened up over SunTrust Park. New York managed to win that one with an offensive explosion and laser-sharp work from the bullpen. They managed to stay a game over .500 when all was said and done. They overcame a few Jose Reyes adventures in the field.

Look, it’s hard to definitively say what any given player is thinking in the heat of the moment of any given play. Weird crap happens on the baseball field because of adrenaline, tunnel vision, and the general chaos of a ball bouncing on grass and dirt. Sometimes people do stupid stuff.

It’s hard to watch that and see anything besides Anthony Rizzo intentionally sliding into Elias Diaz’s legs. Yes, he’s trying to break up a double play. That’s not more important than the fact that Rizzo did something that he almost surely knew could lead to Diaz being seriously injured.

It’s hard to watch that and not see a bush-league play. There’s a clear path to the plate, and Rizzo went straight for Diaz. There will be many who applaud the play as a return to the good old days of hard-nosed baseball.

Those people are wrong.

What is it with Cleveland and big comeback innings?

This is a bit different than what the Indians did to the Astros over the weekend, considering that the Astros are very good and that the White Sox are very much not. Chicago managed to turn a popup into three runs.

That’s not what you want. Cleveland won 9-6, a rather ecin result.

It’s a Nolan Arenado play. You know what you’re here for. Carry on.

I’d completely understand if you want to watch the Mets and Braves play sloppy, bleary-eyed baseball. We’re all sadists at heart.

If not, start off with the Cardinals and Brewers at 7:40 p.m. ET. The Brewers are a legitimately good team and odds are you haven’t watched enough of them. The Cards are also pretty decent themselves. It’ll be Michael Wacha against Zach Davies.

Tune in to the Reds and Diamondbacks at 9:40. The suddenly-hot Luis Castillo will try to strike out every member of a scuffling Arizona offense, while Zack Godley will try to silence the Reds and give his team a second win in a row.

For your late game, consider the Phillies and Dodgers. It’ll be Jake Arrieta and Kenta Maeda, two of the better pitchers in the National League this year.