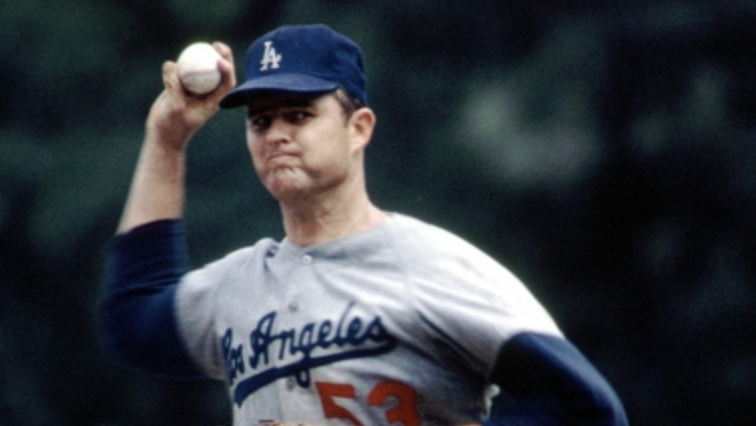 The biggest news in baseball during the week ending May 27, 1968 took place off the field. National League owners, meeting at the Executive House Hotel in Chicago (now the Wyndham Grand Chicago Riverfront) on the morning of May 27, voted to add two new teams to the Senior Circuit.

There were five finalists: San Diego, Buffalo, Dallas-Ft. Worth, Montreal, and Milwaukee. San Diego, with financing and a new ballpark in place, was considered a given. But the other four applicants all had flaws. Buffalo didn’t have a baseball facility in a desirable part of town. Putting a team in Dallas-Ft. Worth would raise objections from Astros owner Roy Hofheinz, who wanted the Texas market to himself. Montreal hadn’t had minor-league baseball since 1960 and was, of course, in a different country, in a non-English-speaking province. Milwaukee had been in litigation with the league over the Braves’ move to Atlanta.

After deliberating for 10 hours, National League president Warren Giles announced that the league would expand to 12 teams in 1969, adding new franchises in San Diego and Montreal. The three losing cities turned their focus to relocating an existing franchise. Within four seasons, Dallas-Ft. Worth and Milwaukee would succeed.

The National League copied the American League’s format for its expansion draft. Each expansion team would draft 30 players from existing clubs. Each club would freeze up to 15 players and would get to freeze three more for each player selected.

On May 21, the Cubs’ Billy Williams appeared in his 695th consecutive game as an outfielder, topping the record held by Richie Ashburn. His consecutive-games streak would reach 1,117 before ending in September 1970.

On May 22, Astros pitcher Dave Giusti had a no-hitter through two outs in the eighth inning in Cincinnati. Pete Rose hit a pop fly to left field, where the ball bounced out Astros left fielder Jimmy Wynn’s glove. The official scorer ruled it a hit. While Giusti allowed a double to Vada Pinson in the ninth inning as well, Astros manager Grady Hatton was incensed by the scorer’s call. “You’re messing around with a man’s money giving a batter a hit on that ball. When a pitcher pitches a no-hitter on this club, the judge [Astros owner Judge Roy Hofheinz] gives him a new contract. The hit cost Giusti a lot of money.”[1]

Last week, I noted that in the week ending May 20, the Dodgers’ Don Drysdale pitched a two-hit shutout of the Cubs and a five-hit shutout of the Astros. He added two more shutouts in the week ending May 27: a five-hitter against the Cardinals and a six-hitter over Houston. With four straight shutouts, he tied the National League record held by six pitchers, including Hall of Famers Mordecai Brown and Pete Alexander, just one behind the all-time record set by White Sox lefty Doc White in 1904.

Drysdale, though, was just the second pitcher to throw four straight shutouts in 1968; as previously noted, Cleveland’s Luis Tiant did so between April 28 and May 12. In the shutout over the Cardinals, Drysdale, the last remaining Brooklyn Dodger, passed Robin Roberts to move into ninth place all time for strikeouts. The shutout streak raised his record to 5-3 and lowered his ERA to 1.47.

But that wasn’t the best ERA in the league. St. Louis’ Bob Gibson’s was 1.33. The slumping defending champions ended the week in second place, a game behind the Giants. In losing nine of 11 games, they scored 19 runs. One of the key victims of the offensive outage was Gibson. Over his last four starts of the month, including two complete games, Gibson allowed a .512 OPS and a 1.87 ERA. In 33 2/3 innings, he gave up 23 hits, walked nine, and struck out 26. His record in the four starts? It was 0-4, as the Cardinals scored a total of three runs for him.

Plus ça change, Year of the Pitcher Edition:

Statistics compiled by Joe Reichler, public relations director for Commissioner William Eckert, showed that the average time of a nine-inning game is 2 hours, 28 ½ minutes as compared with 2 hours 31 minutes in 1967. That’s a difference of only two and one-half minutes, but at least it’s step in the right direction of speeding up play. [2]

You need to be logged in to comment. Login or Subscribe
Michael Monroe
May 27, 1968 was indeed a momentous day in baseball history. NL owners approved the San Diego and Montreal franchises - although it was the last Monday in May, it was not Memorial Day, which was celebrated on May 30 every year then - and Drysdale threw his fourth consecutive shutout, as you noted. Not only that, though, both Frank Thomas and Jeff Bagwell were born this very day.

I expect Dick Dietz to feature prominently in the next installment in this wonderful series.
Reply to Michael
Rob Mains
I didn't know that bout Thomas and Bagwell. Very good. As for Dietz...yes.
Reply to Rob