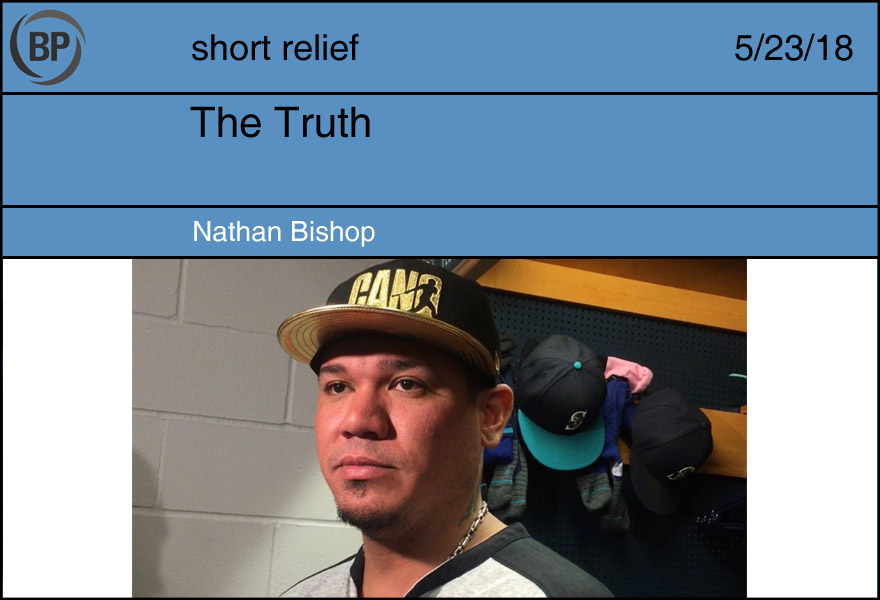 Felix Hernandez believes in Robinson Cano. What, exactly, does he believe?

“I’ve been talking to him a lot. He seems fine because he don’t make any mistakes. He’s a smart person. I don’t think he’d do that.”

The truth, Felix believes, is that his teammate, his ally, his friend, would not cheat. For the layman practically the entire existence of a major league baseball player is beyond relating to. But a nebulous yet vital bond is one that forms through all the things we never see on television. Plane flights, pregame, postgame, children’s birthdays, anniversaries; the undercurrent of daily existence courses through these player’s lives, and in the clubhouse, those currents run close together.

In Houston, the truth is something altogether different. 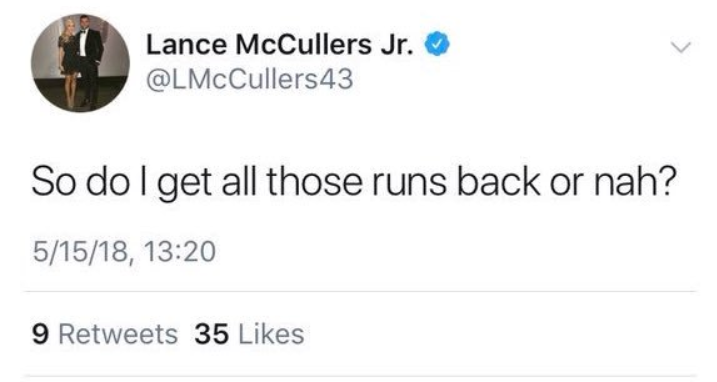 In theory, separation grants objectivity, but the Mariners are but two games back of the Astros. The truth is Robinson Cano being suspended for eighty games makes Houston’s defense of the AL West significantly easier. For Lance McCullers and Justin Verlander it makes every hit allowed to Robinson Cano a little less bruising to those towering egos. The truth is it makes them happy, maybe not in a way they’d admit, and certainly not one they are proud of. But still, happy.

Robinson Cano knows the truth, or perhaps even he does not. Maybe, after a morning soreness that only the loss of your twenties can provide, he asked an assistant, a friend, for something to ease the pain. Maybe he didn’t ask what was in what that friend came back with. Maybe he didn’t want to know.

The truth is that Cano may have been honest when he said he took a diuretic that just happens to be commonly used as a PED masking agent for a real medical ailment. Mistakes in the medical field happen with a regularity we don’t really like to talk about, because that truth makes us deeply uncomfortable.

“I was sad. I mean, good teammate, good friend. You don’t want to see anyone … he’s a friend.” – Nelson Cruz

The truth is what the truth so often is: unknowable. So we find the next closest thing, belief, and we ride that. It tends to go where we lead it. 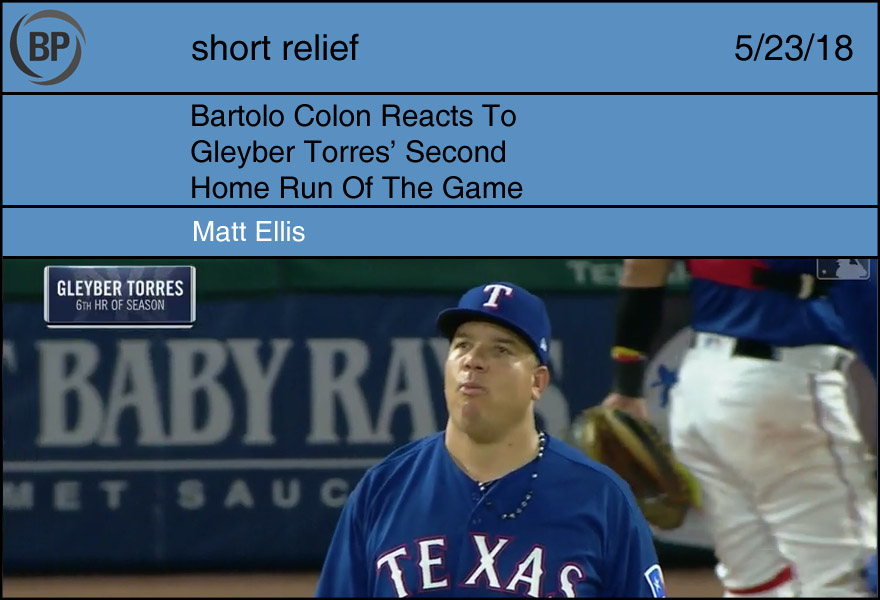 Ah heck, well, there goes another one. Ha… y’know, its kinda like that time in Boston back in 98 when Darren Bragg, Mo Vaughn, and Manny all took me deep in a single afternoon. Boy, memories… still never forget when Mo called me back in 07 after Congress was all up in his business. Poor guy, nothing but a big heart. Sure glad I went with [REDACTED] instead.

hm… I wonder if catering is going with the grilled parm or not tomorrow. That damn tomato sauce always just sits so… ugh… by the third inning. Oh–that reminds me, I gotta hit up CVS after the game or else I’m going to have to wait while they refill everything after we get back from California. Eh… no, maybe I can wait until Saturday with the early sta–

Speaking of Congress, hoo boy. Whodathunk they’d still be at it after that business with Gingrich and Clinton back in 95…end of history my ass. I suppose these kids don’t remember what it was like back then, though.

/Aaron Judge steps to the plate
/Colon throws a ball

Actually, no, I need to go tonight, there’s that appointment with Dr. Nelson I keep forgetting about on Saturday and if I miss another one he’s going to be real ticked off…