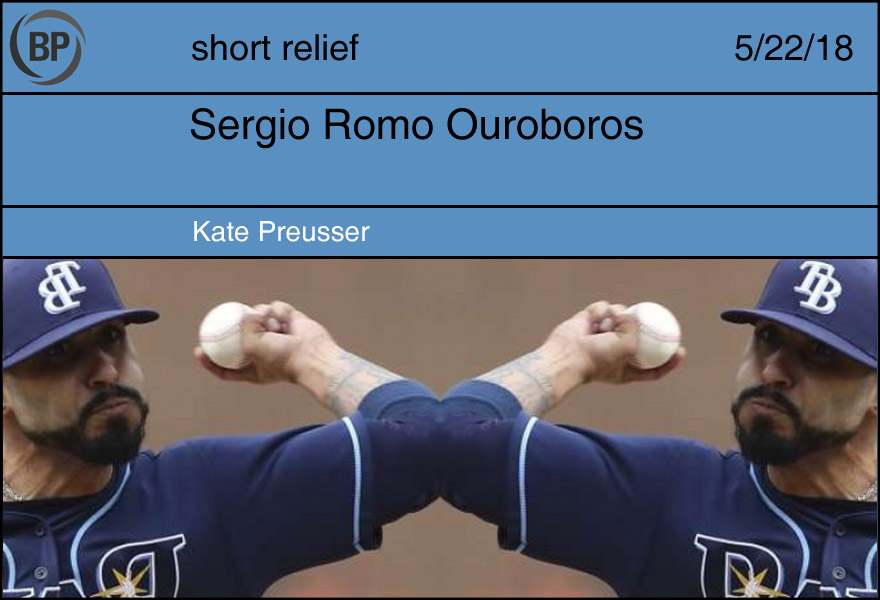 (with apologies to Natasha Trethewey’s “Myth”)

The starter is the closer is the opener again,
baseball writ by Rilke’s refrain: we must change our lives
or suffer being left behind. Adapt or die.

Some dislike the new, what’s bad for baseball, bullpen
starts. Or: the JUCO prospect who almost didn’t play. Realize
the scrap of food’s a feast to a hungry person’s eye.

A game passed from grandfather, to father, to son,
to a 20-year-old in the Northwest League, time flies,
who’s to say there’s one right way to die?

Who’s to say there’s one right way to die.
To a 20-year-old in the Northwest League: time flies.
A game, passed from grandfather, to father, to son.

The scrap of food’s a feast to a hungry person’s eye.
Starts? Or the JUCO prospect who almost didn’t play? Realize
some dislike the new. What’s bad for baseball? Bullpen

Or suffer being left behind. Adapt or die.
Baseball write by Rilke’s refrain: we must change our lives;
the Starter is the Closer is the Opener again. 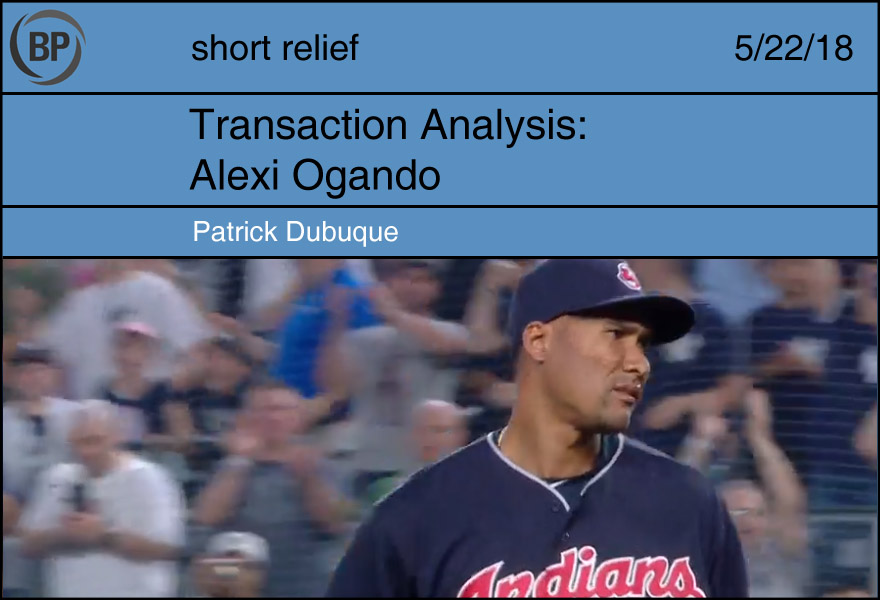 When he was seventeen, Alexi Ogando, then an outfielder named Argenis Benitez, gave a third of his $15,000 signing bonus to a street agent. He received $3,000 to marry a woman before his second season in the States as part of a human trafficking ring. The crime brought him five years of playing on Dominican summer leagues and travel teams for meal money before being pardoned and becoming an All-Star with the Rangers. In 2017 he earned $1,800,000 to start for the Hanwha Eagles of the KBO, and this year he received $11,720 to pitch a single inning against the New York Yankees.

It’s strange, really, that we know all these things: that we have this Family Circus-style dotted line zig zagging between different countries and mid-size cities, a loose box of receipts to measure his life. In one sense it’s strange that he’s still here, so many years after his story ended; in another, this is the perfect time for him, the era of ronin replacement players, identifiable more by the transaction wire than the box score. Soon, Ogando will be back, wearing different colors, giving a different set of relievers a night off before cashing his check and disappearing again. Arriving at more airports.

I understand the drive to ascend. But I also wonder if, for many reasons, Korea might be a nicer place to spend a summer. 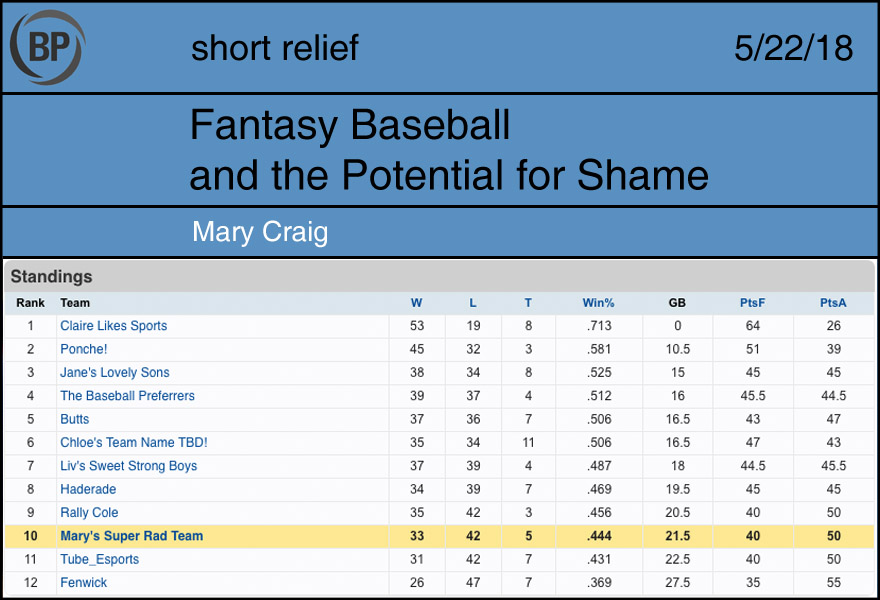 One of the first things many people ask me when they find out I like baseball is if I’m involved in fantasy baseball. Until several years ago, the answer was “no, I’m far too competitive for that sort of thing, and it’s not really how I experience baseball, anyway.” And then I was coaxed into joining a league with several of my friends who needed one more person. I put a tremendous amount of effort into preparing my potential roster, and then I failed to set it up to auto draft the players I wanted. Luckily that didn’t factor in much as I quickly forgot about my team, checking back during the final week to find two-thirds of my players on the DL, including every pitcher save Chris Tillman. I finished last and vowed to never take part in such things again.

Of course, I am a human being and therefore am vastly more resolute in word than deed. So this season, I joined my second-ever fantasy league, one which promised to be laid back, fairly non-competitive, and weekly rather than daily. Having learned from my previous shortcomings, I personally drafted most of my players, establishing a roster for which I was fully responsible and which did not come close to involving Chris Tillman or any other Orioles pitcher. I scheduled weekly reminders on my phone. I bookmarked BP’s fantasy site. I set forth determined to beat the odds and emerge from 2018 in a better place.

The first two weeks went fairly well…and then I forgot about my team. Well, no, I didn’t completely forget about it. Rather, I was too lazy to check on it whenever I received a notification prompting me to do so and then I forgot about it. And so I found myself last night checking it for the first time in a month, faced with a 10th place team, six injured players, and two available DL spots. Even as somebody who has spent their life studying the humanities, I knew there was a problem with that equation.

After three hours, six transactions, and 18 Chrome tabs, I cobbled together a roster of fully healthy and hopefully semi-competent players. And then I wrote this article, not to make other fantasy owners jealous of my innate talents, but to turn to external motivating factors. Philosophy and life experience have taught me that when one fails all internal virtues, the only thing left is to bring one’s failures into the public consciousness and receive in turn shame.
Whether my laziness and forgetfulness is beyond even the reproach of shame, only time––and the number of still-active players on my roster come September––will tell.

You need to be logged in to comment. Login or Subscribe
jnossal
You are the kind of fantasy owner we hope not to have in our league.
Reply to jnossal