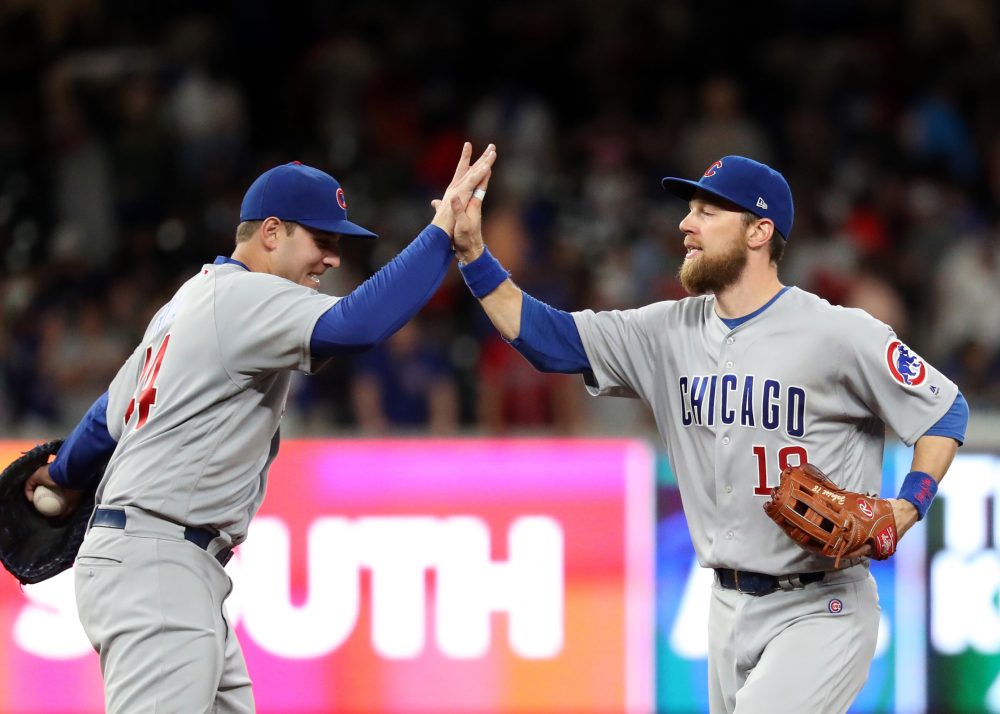 Once upon a time, the Chicago Cubs were a bad baseball team. They were laughably bad, really. For years. A century, more or less! And then, not-so-suddenly, they got smart. They acquired good, young players, either through the draft (Kris Bryant, Javier Baez, Kyle Schwarber), or trades (Anthony Rizzo, Addison Russell, Kyle Hendricks). They supplemented those folks with free agents like Jon Lester, found Jake Arrieta on the scrap heap, and voila, next thing you knew they were World Series champions.

The Cubs are yesterday’s news, though. Been there, done that. Good team stays good, competes for a World Series every year. Blah, blah, blah. We get it. We’re over it. Time to move on.

The Braves now are the Cubs of yesteryear. I’m simplifying things, of course, but while the Cubs have seasoned veterans like Bryant (practically ancient at 26-year-old), the Braves are the new kids on the block. Ronald Acuna, Ozzie Albies, and Mike Soroka are among the youngest players in the league, Dansby Swanson is still only 24, and guys like Sean Newcomb, Matt Wisler, Max Fried and Luiz Gohara are all still getting their feet wet as major leaguers.

This year, the Braves have been gooooood. Like, ahead-of-schedule good. They entered the day with the best record in the National League and the best run differential to boot. And it appeared, for a second, like the young bucks would get the best of the old guard for the second straight day.

I’m being slightly hyperbolic, of course. While the Braves do have a lot of good young talent, their hot start to the season has been in large part thanks to veterans like Freddie Freeman, and Nick Markakis. But Acuna’s heroics looked to be another in a long list of exciting moments for the Braves thus far in the young season. The old guys, however, got the last laugh in a 3-2 Cubs win.

Shohei Ohtani vs. Gerrit Cole facing off on the mound would be pretty cool. Ohtani at the plate vs. Cole on the mound works too, though. Right, Shohei?

The best pitcher in the league thus far this season against, according to at least one guy, the best player in the world ended in a… we’ll call it a draw. Cole got Ohtani to strike out swinging in the first, but Ohtani tagged him for a hard-hit single in the fifth. The bigger story, however, was Cole looking something close to human for the first time all season. The 27-year-old still struck out seven but walked two and gave up three earned runs in just five innings, his shortest outing of the season. The defending champs won 5-3 anyway, thanks to the MVP.

The Tigers are a game out of first place with players named Niko Goodrum, Dawel Lugo, Grayson Greiner, and Warwick Saupold, in case you're wondering where the AL Central is at.

The NL Central is the anti-AL Central, with four of the five teams currently at least five games above .500 and everyone except the Reds within a game of first place. The Pirates, surprisingly enough, are now tied for first after an easy win thanks to a gem by Trevor Williams. It came at the expense of an AL Central team, and the worst one at that, so I think it only counts as a half-win. Sorry–I don’t make the rules.

The Mets throttled the Blue Jays 12-2 in a game where Noah Syndergaard had as many extra-base hits as the entire Toronto lineup. Oh, and also…

Yes, you read that correctly.

Stephen Piscotty returned from the bereavement list following the death of his mother and did something pretty cool in his first plate appearance back.

Piscotty’s blast helped Oakland jump out to an early 3-0 lead en route to a win over Boston that helped the Athletics climb back to .500. Mookie Betts went 0 for 5 with a strikeout, which I didn’t even know was legal.

The last time Jonny Venters won a baseball game, Ronald Acuna was 15 years old, Kris Bryant was a sophomore at the University of San Diego, and Barack Obama was in the first year of his second term as president. Three Tommy John surgeries later, Venters, who enjoyed a three-year stretch of very effective relief for the Braves back then, is back in the W column as he helped the Rays to a 6-5 win over the Royals.

Regardless of what the Mariners were going to do in their game Tuesday against the Texas Rangers, the story was going to be Robinson Cano’s 80-game PED suspension. Whatever your opinion is on Cano or PED use in general, the sting of losing Cano for 80 games will be painful for Seattle. It won’t mean much in the long-run, but a Guillermo Heredia walk-off single in the 11th inning against a bad Rangers team probably helped ease that pain, even if just very minimally.

The Houston Astros’ rotation is so good right now that it’s even affecting the San Diego Padres.

How good is Houston's rotation? Jordan Lyles, who hasn't pitched for the Astros since 2013, has a perfect game through six.

Lyles didn’t complete the perfect game, giving up a single to Trevor Story in the eighth inning to end those hopes. But he only allowed two baserunners in 7 ⅓ innings while striking out 10 in an easy 4-0 win over the Rockies.

The Reds have been pretty good after a horrendous start to the season, but are still just 14-29 after Tuesday’s loss to the Giants in San Francisco. Not much has gone right at the plate for Billy Hamilton this season, either, but he can still do stuff like this.

Justin Verlander (against the Angels), Chris Sale (against the Athletics) and Max Scherzer (against the Yankees) all take the mound, in case watching aces go to work is your jam. The latter’s game will take place after the conclusion of Tuesday’s suspended Nationals-Yankees game, which was called because of weather while tied 3-3 in the sixth inning. The Cubs and Braves to battle again with a less-than-appetizing pitching matchup of Tyler Chatwood vs. Brandon McCarthy. Big Sexy does battle with the Mariners. Lance Lynn faces his old team as the Twins take on the Cardinals.