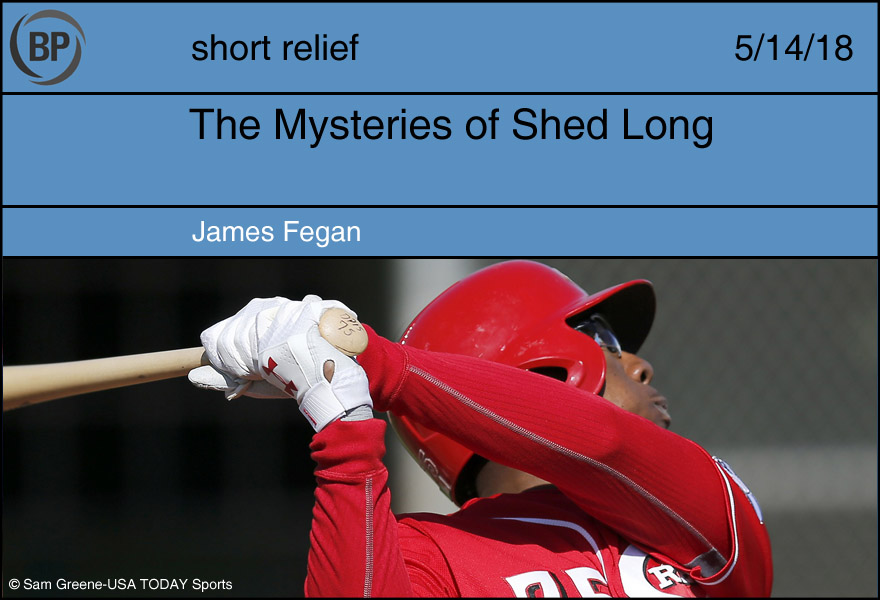 What other uses does Pensacola Blue Wahoos second baseman Shed Long’s weird plastic thing–which he places on his bat for wind resistance on practice swings–possibly have? (Note: It has his name on it. His name is Shed Long.)

–A label for a shed, indicating that it is a shed. Hopefully people will just disregard the “Long” part, as it is irrelevant.

–Chip dipper. Fill that bad boy up with rounds and dump them all at once into a sea of French onion goop. The downside is that people will know who dumped a plastic thing into the chip dip, as it says “Shed Long” on it.

–Poop scooper. That’s what it looks like anyway, time to get nasty. The downside would be the many emotions that would run through Shed Long’s mind, as he sees animal excrement smeared across his name, which is Shed Long.

–Windshield ice scraper. It also looks like it would work for this. Ice on the windshield is the fourth-leading cause of depression, according to a very angry guy in a nearby parking lot. A downside is Shed Long works in Pensacola, Florida, and before long everything will melt on this Earth.

–A boogie board for when the seas rise and drown society. Downside it is that it’s too small, and that after an apocalypse, people will be less respectful of the property rights clearly claimed by the “Shed Long” label.

–A holding container large enough to fit all the decent Short Relief ideas you’ve generated in roughly 15 months, which is fittingly completely empty, and only reads “Shed Long.” 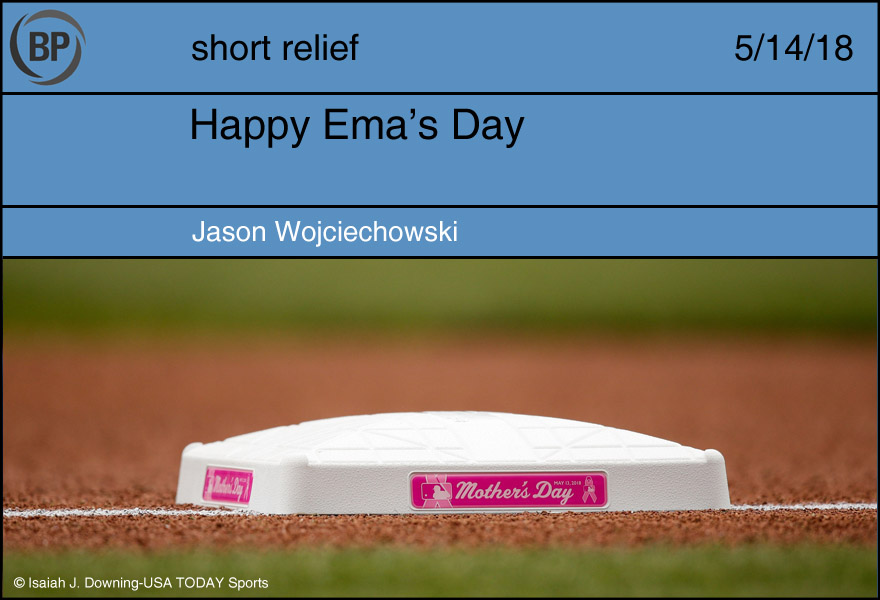 Yesterday was Mother’s Day. Happy day to all the mothers. Baseball honored you and wore a whole bunch of pink for breast cancer awareness. This is good. I wore a pair of pink pants, which is also good, but which nobody but the folks at the Trader Joe’s saw, so here’s my way of honoring you, which is a lineup of mom-based MLB players. 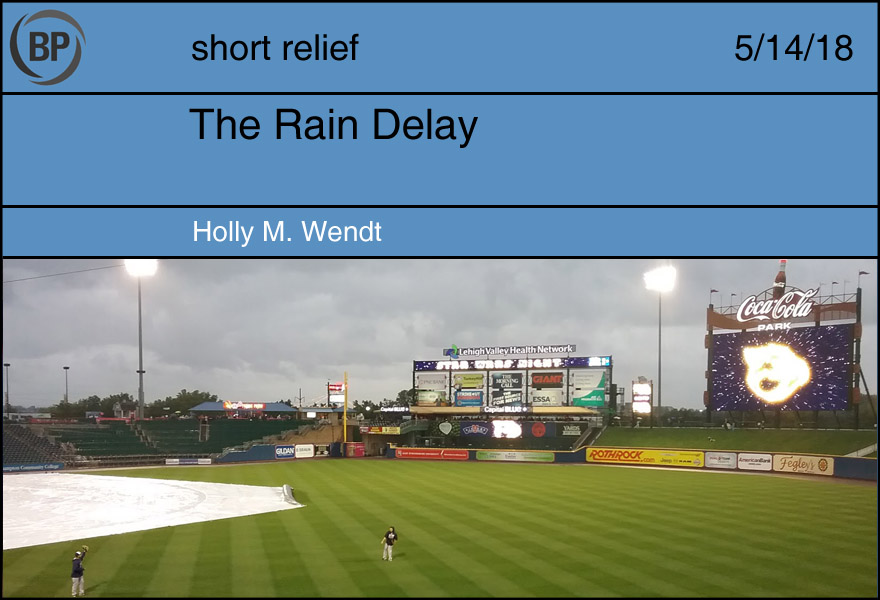 On September 2, 2017, the Lehigh Valley IronPigs held their annual Star Wars Night. The local weather simultaneously held (one of) its Insistent Deluge Nights. And so we stood, wetly, in the throng of storm troopers and Jedi, for about twenty minutes until the official announcement was made: game postponed. Our tickets could be redeemed for another game in April or May, but needed to be exchanged at the actual box office.

Fast-forward to the 2018 season. After the kind of April that did not, meteorologically, encourage a 150-mile round trip for baseball in Pennsylvania, we made the decision to try for Saturday night’s game against the Buffalo Bisons: another Star Wars Night.

About halfway through the hour and a half drive from home to Coca-Cola Park, I developed the kind of headache that makes looking at things—anything at all—a miserable, nauseating experience. A few bursts of rain clattered across the windshield as we closed on the park, and the rain started in earnest as we stepped onto the concourse. We wove through the sold-out crowd of families, most of them toting plastic lightsabers, and trying to avoid getting caught in the photo ops with a really well-done Boba Fett, to look over the tarped field.

By the time I discovered that cold water wasn’t helping the pounding ache or my swimming vision, the game was officially in rain delay.

The period of indecision was an hour and a half, much of which I spent hunkered down on my heels beneath an out-of-the-way overhang with my eyes closed but occasionally checking the radar progress of the yellow and green band inching across the Lehigh Valley, wishing desperately for it to get worse, not better, so it wouldn’t be my fault if we didn’t see any baseball. At nearly 8 p.m. the rain slowed, and the stadium announcer said the tarp was coming off. First pitch scheduled for 8:20.

I said I wanted to go home instead of stay, the thought of three more hours of stadium lights and noise unbearable, and we did. What we didn’t see was a 1-0 shutout in favor of the IronPigs, a gem of a pitching performance by Cole Irvin. Sunday morning, when I felt better, I looked at the post-game report. When I saw what I’d needed to miss, I felt sick.