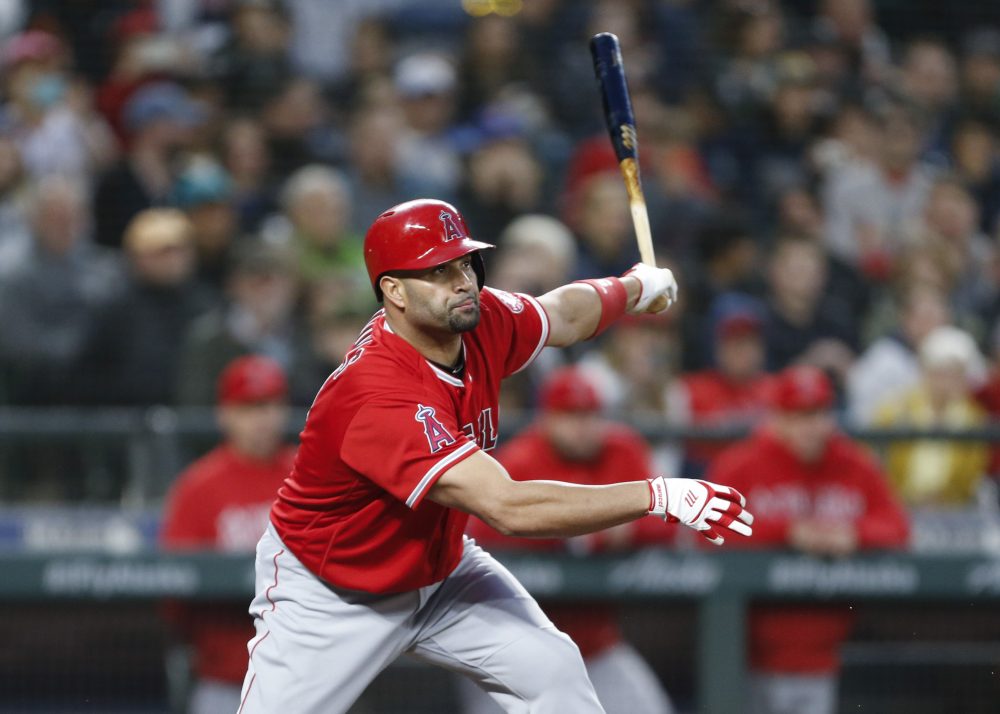 When the season began way back  in 2001, the Colorado Rockies were hosting the St. Louis Cardinals for their home opener. It was Monday, April 2, 2001, and the Rockies’ $10 million man, starting pitcher Mike Hampton, was making his Colorado debut—he had signed with them as a free agent the previous December.

There was another notable debut occurring that afternoon. St Louis’ rookie left fielder Albert Pujols was penciled in sixth in their lineup, right in front of their current manager and then catcher Mike Matheny.

The game was not good for the Cardinals. They found themselves down 2-0 before the second inning and by the fifth; they were down 6-0. Starter Darryl Kile gave up six runs and 11 hits in five innings. Pujols grounded out and flied out in his first two at-bats. His third at-bat came around in the top of the seventh inning. The score was still 6-0 and Hampton was cruising. Pujols hit a 2-0 offering into left for a single, his first major league hit.

After Matheny flied out, Pujols got thrown out stealing second for the third out while JD Drew was at the plate. The Rockies won 8-0. But don’t worry about Pujols, he made the NL All-Star team, finish fourth in the NL MVP voting and win NL Rookie of the Year in 2001 thanks to a .329/.403/.610 line and 37 home runs in 161 games.

Seventeen years, a month and three days later, after three NL MVPs, two World Series titles, and 10 All-Star appearances, Albert Pujols looked for his 3000th hit as a major leaguer. It took until his third at-bat, again, to get the single he needed for his latest milestone.

This time, at 38 years old, Pujols was batting cleanup for the Angels against the Mariners at Safeco Field on Friday night. He lined out in this first at-bat and he walked in his second at-bat. In his third at-bat of the night, in the fifth inning with his team up 2-0, Pujols hit a single to right field.

Pujols joined an exclusive club because not only does he have 3,000 hits, he also has more than 600 home runs. He joins Hank Aaron, Willie Mays and Alex Rodriguez as the only members of that club.

The Angels won 5-0. On a team with rookie sensation Shohei Ohtani and Mike Trout, Pujols got to be the hero of the day and celebrate an incredible milestone.

Quick Hits from the weekend:

The Dodgers have not had good luck so far this season. In fact, on Sunday, they placed Clayton Kershaw on the disabled list with a biceps injury. But, before that happened, something good finally happened for them. They threw a combined no-hitter against the Padres on Friday night in Monterrey, Mexico. The same Padres who remain the only team in Major League Baseball who still don’t have a no-hitter.

All the Yankees do is win, win, win–no matter what, got winning on their mind, they can never get enough and every time they step up to the plate, everybody hands go up… So sorry. I couldn’t help myself. DJ Khaled was in the news this week and well, that song is perfect for what the Yankees have done the past two weeks. They’ve won 15 of their past 16 games and this past week they beat Houston three of four in Minute Maid Park, and they capped off a sweep of the Indians with a walk-off home run from rookie Gleyber Torres in the bottom of the ninth Sunday afternoon. They were down 4-0 heading into the eighth inning, and down 4-3 in the bottom of the ninth.

They’re off Monday, which is good because Boston’s coming into the Bronx for three games. During this hot streak the Yankees have climbed their way back into the AL East race and they’re just a game behind the Red Sox.

The Nationals also walked off Sunday but before we get to that we must discuss Max Scherzer who struck out 15 batters in only 6 ⅓ innings. He also got 12 straight outs via strikeout at one point. He was like a pitching machine, just mowing guys down.

Scherzer was removed at the start of the Phillies’ three-run seventh inning and didn’t factor in the decision. The Phillies added another run in the eighth to go up 4-1 but the Nats pulled to within a run in their half of the eighth. After Sean Doolittle pitched a scoreless inning in the top of the ninth, Matt Wieters led off the bottom of the frame with a single and was replaced by pinch runner Rafael Bautista, who advanced to third on a throwing error by Phillies reliever Hector Neris. Neris hit Howie Kendrick with a pitch and walked Michael A. Taylor. Pedro Severino pinch hit for Doolittle and he walked, which forced in a run and the Nats tied it at four. There was a mound visit and I wasn’t watching the game but I’m pretty sure they probably said, “Yeah, we’re pretty screwed right now…” After one strike to Wilmer Difo, Neris threw him a second offering and Difo hit it where they weren’t and the Nats walked it off.

Someone finally used a bullpen cart! Thanks Collin McHugh!

Craig Kimbrel became the youngest player to record 300 saves on Saturday when he closed out the Red Sox’s 6-5 win against the Rangers.

Defensive play of the weekend:

The White Sox haven’t had much to cheer about this season so here’s a nice play by Welington Castillo who had a little trouble with the wind Friday but still made the catch.

What to watch Monday:

To be honest, there really isn’t a lot happening Monday. There are only seven games on the docket and the one matchup that seems semi-important is the Dallas Keuchel vs. Brett Anderson tilt in Oakland simply because while everyone is waxing poetically about how lethal the Houston rotation is this season, poor Keuchel is clearly the weakest link. And what’s funny about that is he’s not even pitching that badly. Well, a 3.98 ERA isn’t great but his DRA is 3.08. He just seems to be following a pattern because it’s an even year. Unlike the Giants, his even years aren’t good. He was great in 2015 and 2017 but his 2016 was nothing to write home about and so far in 2018, he’s following 2016’s path. Luckily for him and the Astros, he has plenty of time to turn things around.

You need to be logged in to comment. Login or Subscribe
brucegilsen
Correction: Scherzer did not strike out 12 in a row. He got 12 consecutive outs by strikeout but there were baserunners in the middle of that. So the record is still 10 in a row by Tom Seaver in 1970 against the Padres - I was at Shea for this as a 10 year old in 1970.
Reply to brucegilsen
David Brown
Thank you, Bruce.
Reply to David