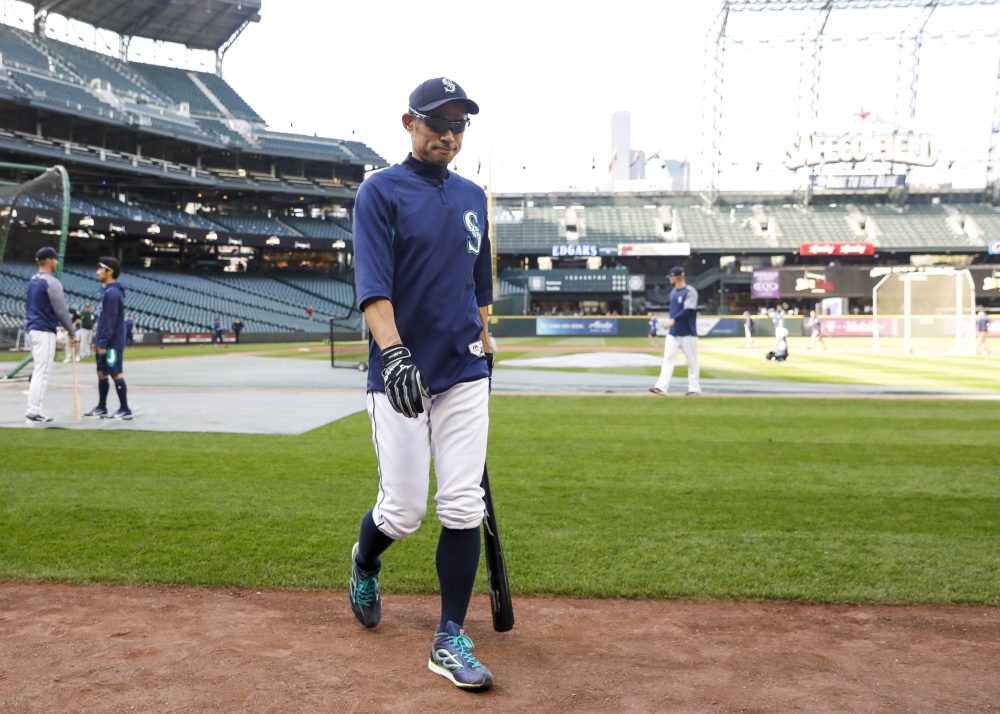 There are only so many ways to swing a bat. Sure, there are a million stances, and some of those swings are a little more graceful than others. But for the most part, between the hitch and the follow through, there’s not a lot to adjust beyond the arc of the bat’s path.

And then this man arrived, reedy as a teenager, who flicked the bat at the ball like a switchblade, and who followed through during his first two steps out of the box. It was like nothing we’d ever seen before. There are nearly 200,000 plate appearances in baseball each year. In Ichiro Suzuki we’d been given the most precious gift of all: yes, something great, but also something unique.

Late in the morning on May 3, 2018, the Mariners announced that Ichiro would be leaving the field and joining the front office, taking the position of Special Assistant to the Chairman. He steps away from a career that spans oceans and generations, amassed awards and records, and his induction into the Hall of Fame is as certain as anyone in the game. You don’t need the specific numbers. They are Ichiro’s numbers. He describes them, not the other way around.

The Mariners signed Ichiro late in the offseason after multiple spring injuries decimated the team’s outfield depth. He started 10 of Seattle’s first 14 games, most of them from the unnatural vantage of left field, but the return of starter Ben Gamel and the emergence of Guillermo Heredia made a long-term fit difficult to see even in the best-case of scenarios.

It was not that scenario, as Ichiro struggled in the field and failed to record an extra-base hit. In one sense, the transition from uniform to suit was the perfect arrangement to a player who has meant so much to the franchise; still, the suddenness and lack of curtain call was a surprise to some.

As a writer, one of the reasons I’m drawn to sports is how opposed they are to (fiction) writing. I will confess: in my previous life as an English teacher, I put this up on the screen more than once: 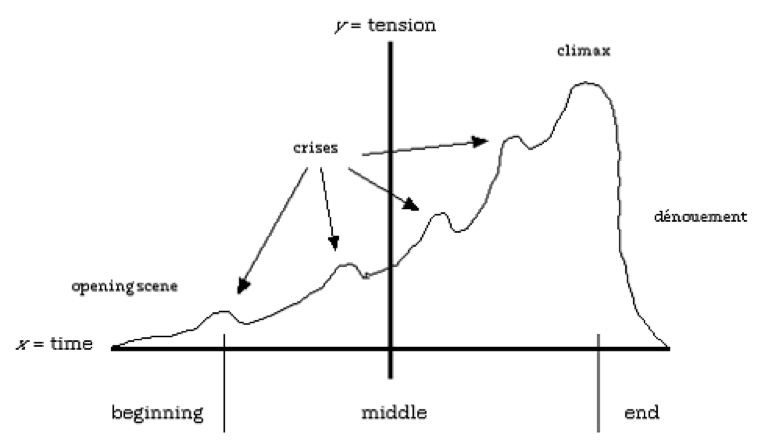 You’ve almost certainly seen something like this before yourself. The plot diagram exists because it works, and when fiction tries to stray from it, the result tends to come off as unsatisfying, pretentious, or both. Fiction is supposed to depict real life but not duplicate real life; they have to supply some meaning, some reason for devoting the time. Reality television tries to subvert this, but does so by sticking to the formula of fiction while wearing the veneer of riskiness. The net is still there, just invisible.

Only in sports do we have the opportunity for true disaster, which also makes the avoidance of it so exhilarating. The trouble is that players like Ichiro feel like fiction—thus the old canard, “you couldn’t make this stuff up.” Which isn’t true. You could make up a story like Ichiro’s very easily; it just wouldn’t be a very good story. It wouldn’t be realistic enough.

Some of the most interesting endings in literature come out of death: not of the characters, but of the authors. The Brothers Karamazov is a rich and fascinating character study, and the whole time you’re reading it the feeling is unavoidable: Fyodor’s gonna screw this up. He can’t help himself. You can already see it: we have this murder mystery. It’s going to end up being the protagonist. He’s going to find God, repent, pay for his sins. конец. He’s done it before.

Only something happens on the way toward that predictable, necessary conclusion: The book never finishes. Dostoevsky died.  The novel, in the process, didn’t. The same goes for Hemingway’s Nick Adams Stories, which featured a little girl with a “THIS CHARACTER WILL DIE TRAGICALLY” shirt, only to hold out just one story long enough.

Ichiro: "The last two months are the happiest I've been in my career."

I can understand the impulse to give Ichiro one ceremonial, meaningless September game (assuming he even wanted it): one more chance to see that old familiar backhand swing, one last chance to cheer. But honestly, it would be too tidy. The madness that we have instead, an Ichiro who hasn’t officially retired, one who will suit up before games but not be allowed in the dugout, one who might throw his cleats back on if Ben Gamel hurts himself again or perhaps just waits for that two-game, 28-man roster series in Japan in March of 2019 … the cloud of unknowing that is Ichiro, even today, is the best possible form.

Ichiro recorded more hits in a season than anyone ever, in an era more competitive than most. He led a 2001 Mariners team full of players who were good but whom you’d kind of forgotten to 116 wins. Because of the impossible things Ichiro did so often, his legend formed around what he could do, the home runs he could have hit, the counting stats he could have accumulated. Now that will still be true, despite a low final note. Ichiro will always be here, his story permanently unfinished. He’ll never die.