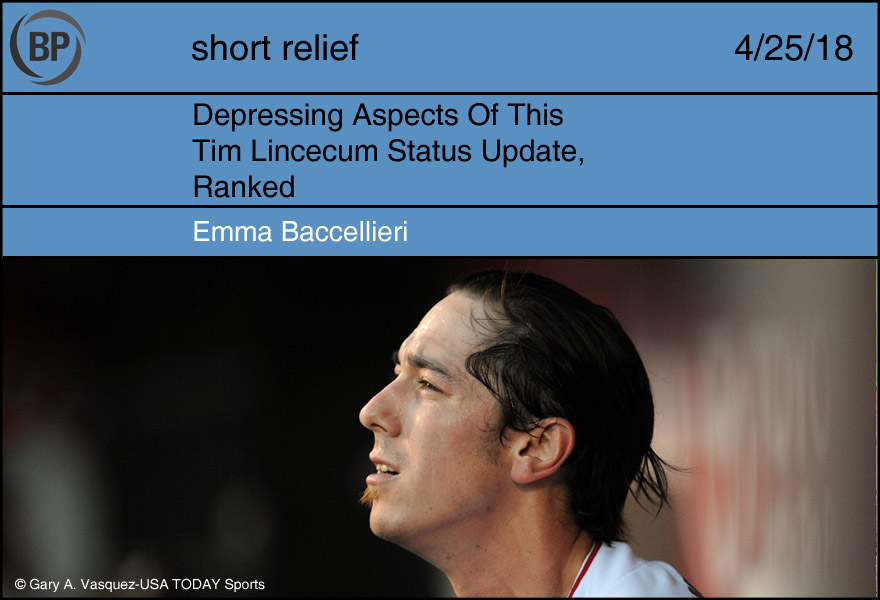 Yesterday, the Dallas Morning News put out this update on the condition of Tim Lincecum, who was shelved with a blister before the season started and was moved to the 60-day disabled list last week. Here are the saddest portions:

5. The phrase “attacked by a raging blister”
It’s not just any blister, but an angry one, and it’s not just an angry one, but a malicious one—aggressive and twisted and, apparently, capable and conscious enough to direct its own action. It is the blister who’s in control here. Lincecum? He’s just its object.

4. The use of “bonafide” to describe his callus
Oh, sure, there were other calluses. There were false starts and innocent bumps and other misinterpreted proof of his labor all across his hands. But this one? This one is real; it must explicitly be noted as something different from the others. It’s more than just real—it’s bonafide! This callus is hearty and well-developed and really has come into its own, and this one, surely, will save him.

3. “I think I’m going to be ready,” Lincecum said, then corrected himself. “No, I know I’m going to be ready.”
He catches himself quickly, and it’s just one word, anyway. It’s a careless error, but it doesn’t mean anything. People slip up far worse all the time without any of it signifying a damn thing. Really, when you get down to it, the words mean the same thing in this context (sort of). What difference is there between thinking and knowing? You’re holding the idea in your head just the same. Who cares which specific term you use to describe it?

If he hadn’t known that it was a mistake, though, he wouldn’t have rushed to correct it.

2. “Spring training has begun anew for Tim Lincecum.”
It’s supposed to be a positive sentence, this very first one of the article. You’ve got spring and begun and anew all packed in there. But summer is coming, and everyone else has already begun, and who really wants to relive this portion of spring, anyway?

1. With extra time on their hands, the Rangers and Lincecum can afford to move a little more deliberately.
Probably not supposed to be a pun. But still. 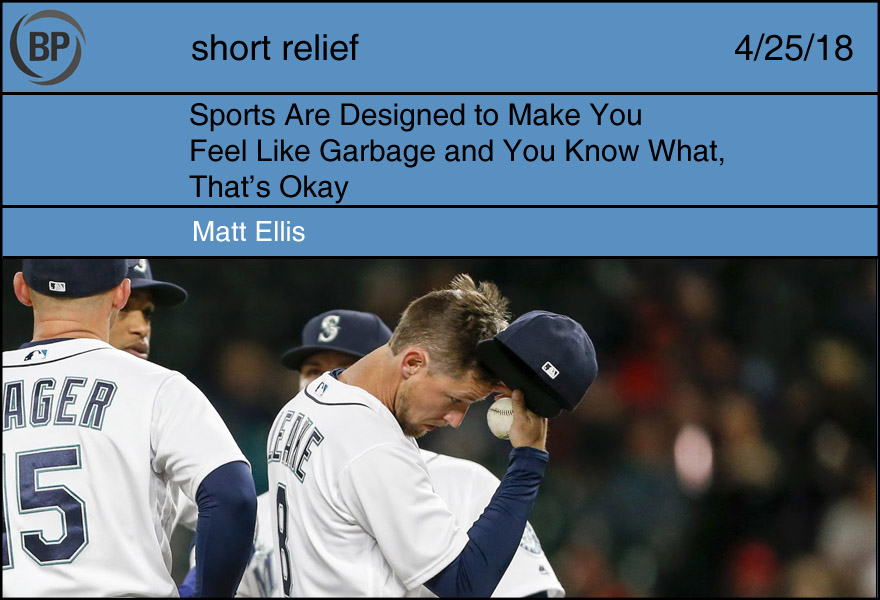 I’m not sure which headline it was, this time. Perhaps it was the one that informed us the Mariners have been cancelling extended Spring Training games because they don’t have enough pitchers in the system, a problem which, if only in metaphor, exactly mirrors the biggest weakness on the big league roster. Perhaps. Or maybe it was when they chose to keep a 44 year old nostalgia case on their 25-man rather than a backup outfielder with a wRC+ of 168 while they were actually winning baseball games, a decision that everyone–including those who made it–knew was both wrong and nakedly brazen.

There are rumors my basketball team might fire their coach despite the fact he’s the third best asset in the franchise and still has the locker room. I don’t follow football, but I know that it’s literally breaking brains both on the field and in merciless Facebook debates over propriety with family members you’ve only met six or seven times. That–plus the fact my baseball team has the longest playoff drought and won’t be ready to compete for a title until I’m almost 40 has me rethinking this whole sports thing.

Honestly, though, it’s nothing too new: perhaps this time is simply a deeper order from existing structures. Trillions of words have been spilled about baseball’s culture of failure, from the three-out-of-ten-makes-a-champ thing to the most powerful narratives that emerge in a game with over a century of history under its belt in teams like the 2004 Red Sox or 2016 Cubs. Sure, it’s a game about daily failure. But haven’t we heard all that before? And aren’t both those franchises now obnoxiously good–and for the foreseeable future?

I have a different idea. Ray Bradbury once said something along the lines that we need horror stories in order to release that drive within ourselves in the imaginary–a kind of Freudian protective mechanism which helps produce a functioning society built on pluralism. I’m not entirely sure I buy that argument, but I really do wonder about its analog in the cultural function of following a terrible, terrible baseball team.

And isn’t this kind of what sports–and baseball in particular–is designed to do? I don’t mean the whole meatheaded Teach Ya About Failure stuff that is the lore of youth sports programs. I mean as a site where you can stand tall, naked on the top of a mountain with your arms outstretched, awaiting the sweet caress of fulfilled desire before slipping on a rock and tumbling down the side, hitting your head against the rocks until you collapse in a pile of broken bones on the ground, only to have someone come up and whisper it’s Spring Training! when you return to consciousness.

None of this is anything new. But I’m seriously starting to wonder if Lacan was actually right, that desire can never be fulfilled, that it is a product not of our innermost being but of external structures we are born into, of language, of the social, of our being with another. If that’s true then let the Mariners never win again. Let them give me this mechanism of learning how to Be In The World, a ritual of the Possible. That, or the preceding 529 words can show you just how far a broken baseball team can mess with someone’s head. 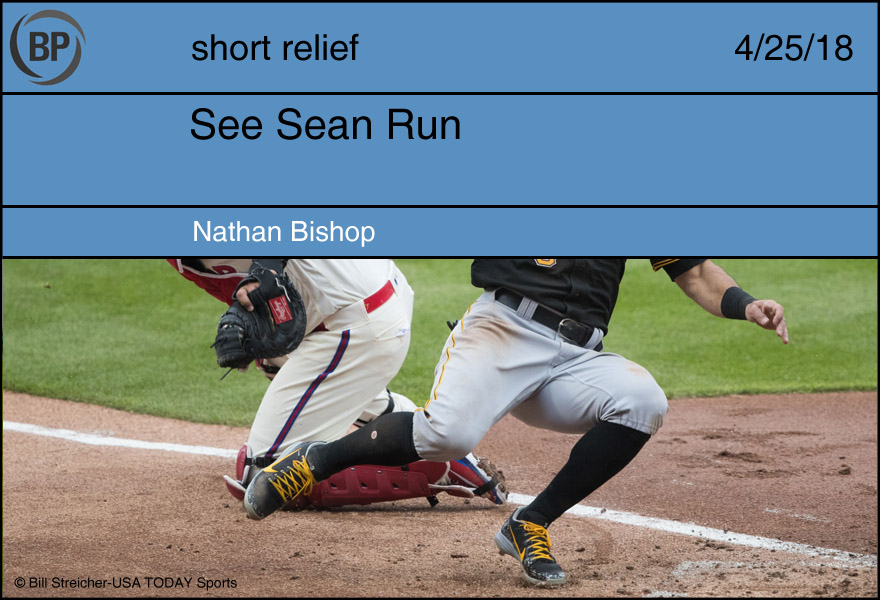