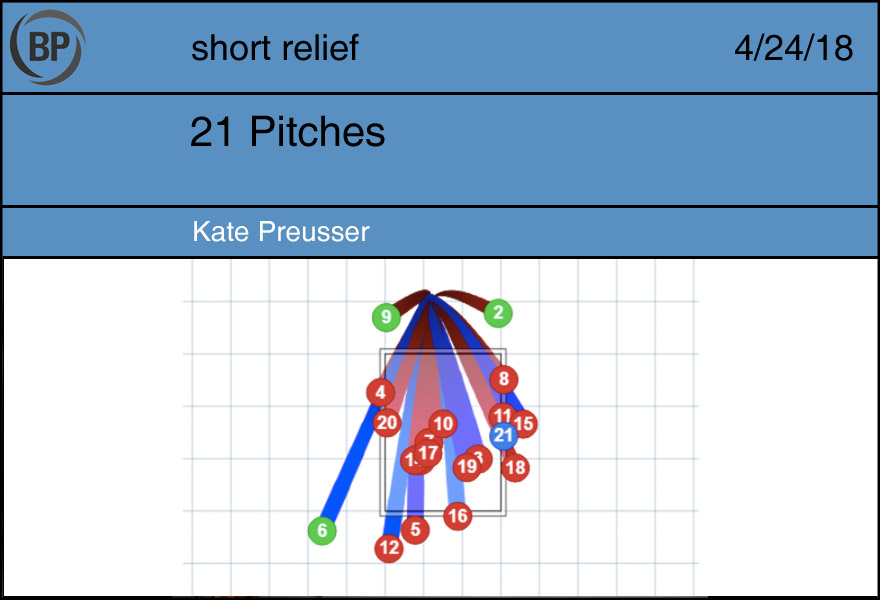 PITCH ONE, 92 MPH fastball in the zone:
Barria: I want to win this count.
Belt: This is a hittable pitch. I will swing.
FOUL, 0-1

PITCH TWO, 92 MPH fastball, above the zone:
Barria: Let’s see if he will chase this.
Belt: This is not a hittable pitch. I will not swing.
BALL, 1-1

PITCH FIVE, 81 MPH slider, bottom edge:
Barria: Now, this time for the kill!
Belt: Oho, this again? Fool me once, shame on…wait we have to do this again, huh.
FOUL, 1-2

PITCH SIX: 83 MPH changeup, low and away
Barria: I don’t even like this pitch. Chase, why won’t you chase?
Belt: I read an inspirational quote about self-improvement right before this at-bat. Also if my O-swing gets to 35% Bochy says I have to wear the seal costume for an afternoon.
BALL, 2-2

PITCH SIXTEEN: 81 MPH, what used to be known as a changeup before the Revolution
Belt: I finally got it, all my hard work is rewarded with this sweet solid contact [ball goes foul]. I regret my life, and all the choices I have made to bring me here.

PITCH SEVENTEEN: [Historians have not caught up yet to this era of human history]
Belt: Why don’t you just walk me? Save something for the next guy. Maybe you’ll get him to ground into a double play.
Barria: If I walk you, Mike Scioscia hits me with a sock full of frozen butter. It stings, but he tells me it doesn’t hurt as much as the disappointment I’ll feel when I look in the mirror.

PITCHES EIGHTEEN – NINETEEN:
Belt: You know, it’s funny when you think about it. Me, a kid from Nacogdoches, Texas, and you, a kid from Panama City, and somehow we both wound up playing in the big leagues for California teams. And now we’re here, in this place where we will both die.

PITCH TWENTY:
Barria: I realize now I am not a pitcher for the Los Angeles Angels but a collection of atoms arrayed in a pitcher-like shape. This understanding brings me enlightenment, but no peace.

PITCH TWENTY-ONE:
Speed is no longer measured in miles per hour after the Gorgolions colonized Earth. The pitch is fouled off. On the broadcast it looks like Belt lined out, but really, he and Barria are still locked in this cosmic dance, the one throwing pitches, the other fouling them off. 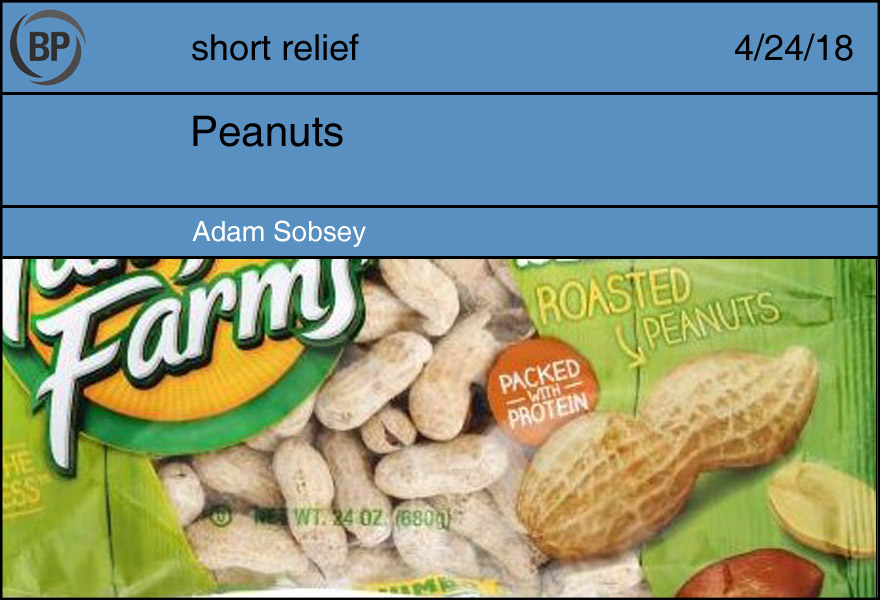 There used to be (maybe there still is) an ad that ran during Durham Bulls radio broadcasts for a company that recommended its in-the-shell peanuts “for all you fans on the go.” My wife and I laughed every time we heard this ad because I always pictured an impossible scenario: a guy in a suit and tie striding purposefully down the street while cracking open nuts and leaving a trail of shells in his wake. He needs one hand to hold the bag, two more to crack and open the shells; even if he manages some one-handed shell-opening dexterity on the order of difficulty of tying a cherry stem into a knot with one’s tongue, how is he also carrying his briefcase?

Let’s say he accomplishes all of this. He enters the building still carrying his unfinished bag of peanuts (because few people can consume an entire bag in one go). Does he put it into his briefcase, where all those shell particles will wind up getting into his laptop? Does he leave it at the front desk? Simply throw it away by the elevators?

In the conference room, he brushes his hands free of peanut dust. As he introduces himself to his colleagues, a few stray strands of peanut shell are clinging to his tie. There’s a piece of red skin clinging prominently to an incisor. His voice is clogged with what is now esophageal peanut butter.

If there’s one thing peanuts are not good for, it’s people on the go.

Peanuts are of course great for a ballgame, and part of the appeal is that eating peanuts at the ballpark is one of the rare times when littering is not only acceptable, it’s actually ritualistic: the rhythmic crack, munch, and discard can be satisfyingly timed to the pitcher’s set, wind, and deal. There are mechanics involved in eating peanuts. The practice requires both hands, as a ballgame consumes both lobes of your attention: the fast and the slow, the sporting and the pastoral. Peanuts are impractical and inefficient. Peanuts are humble. Peanuts slow you down. They’re for all you fans not on the go.