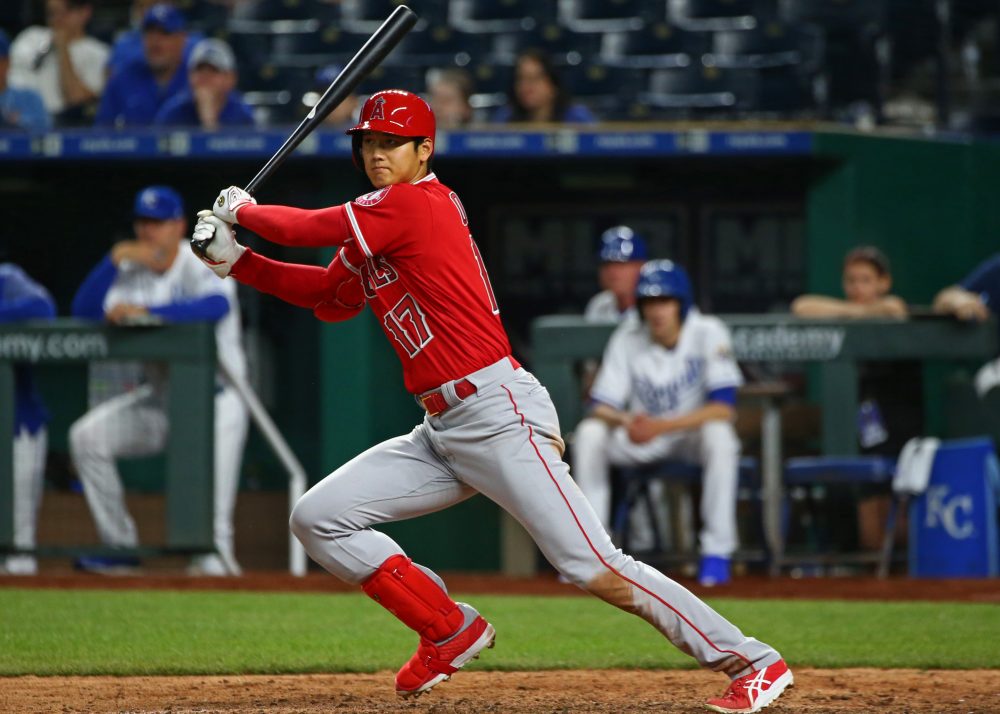 KANSAS CITY, Mo. — Los Angeles Angels binary threat Shohei Ohtani answers questions from English-speaking reporters and those from Japan the same way: By speaking Japanese. With the help of trusted friend and interpreter Ippei Mizuhara (whose last name can auto-correct to “mishear”), foreign questions are passed in Japanese to Ohtani, and Ohtani’s replies are sent back in English. There can be a lot of chatter at these media events.

But there was one word Ohtani said during his bilingual postgame press conference Thursday night that rang clear for American ears:

“Changeup.” Changeup in Japanese is “changeup.”

It was the pitch he said he was most expecting from right-hander Brandon Maurer when Ohtani laced a bases-clearing triple into the right-center field gap in the seventh inning. It was the knockout blow in a 7-1 victory for the Angels that improved their record to 12-3 and provided another exemplary moment that feeds the growing Ohtani legend.

It was Ohtani’s first triple in the majors—his first extra-base hit of any sort that wasn’t a home run—and it gave everyone a chance to watch him run. His home-to-third time was 11.49 seconds, according to MLB’s Statcast. If not a gazelle or cheetah, Ohtani certainly looked like a fast human, although going by Statcast in 2017, the fastest triple belonged to Byron Buxton of the Twins, at 10.52 seconds.

The run was fun, but his swing was the thing.

“I wasn’t looking for any certain pitch, but he threw a really good changeup previously, so I had changeup in my mind,” Ohtani said, referring to the pitch immediately before in the sequence, when he swung and missed at an 86 mph change.

Fair enough. But when Ohtani says he had “changeup in his mind,” realize that it was a 97 mph fastball—up and in—and not a changeup low and away, that he hit for the triple. That’s some adjustment. It’s one thing to be thinking fastball and instead get a slower pitch. There’s more time to react. It seems quite another to suspect something off-speed is coming and instead get the heat. Like trying to hop a slow-moving trolley vs. a bullet train zipping along at full speed. 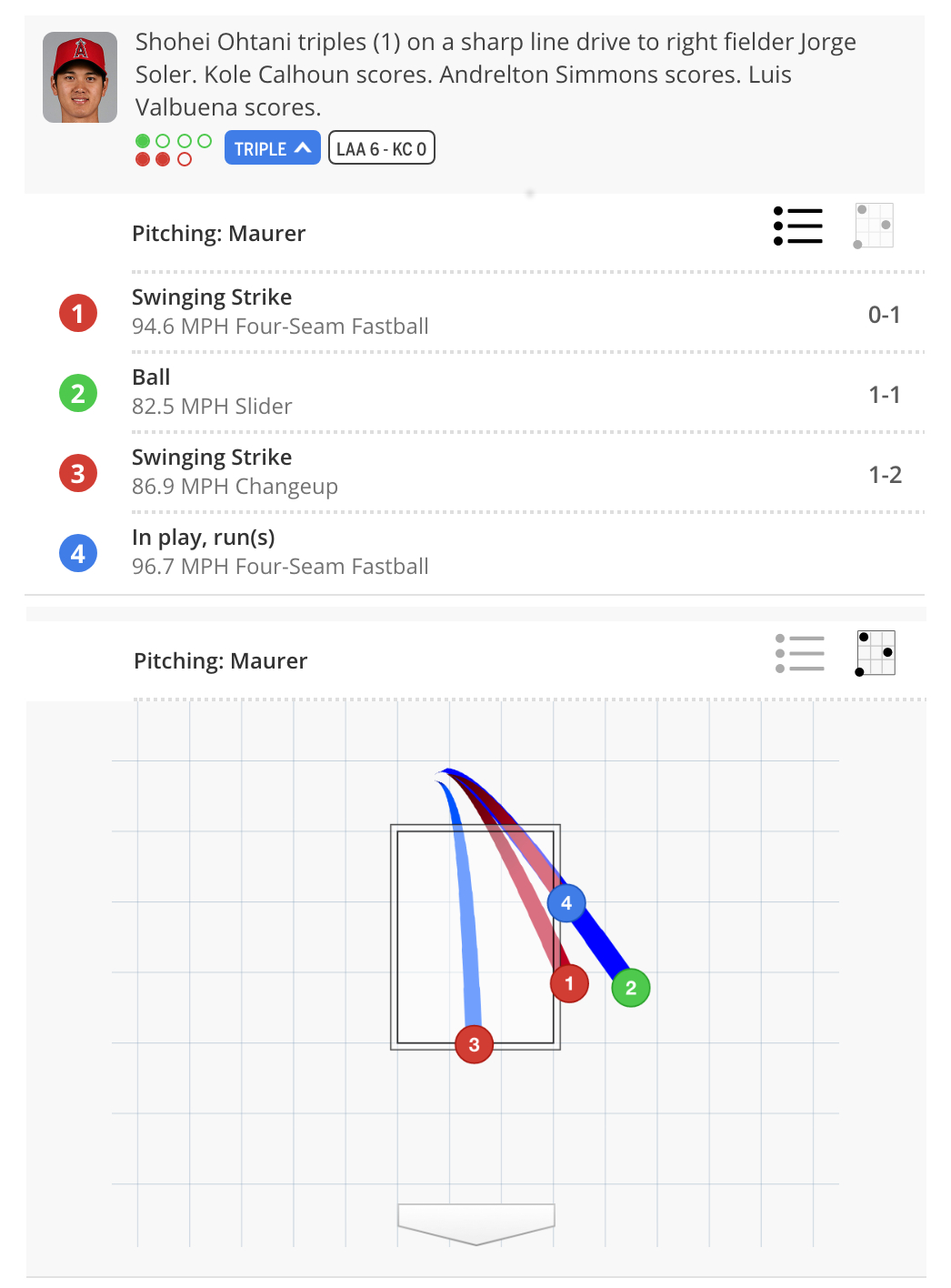 “I wasn’t sitting only on the changeup,” Ohtani said, trying to clarify. “I just had it somewhere in my head. Of course he also has a really firm fastball, so I was ready for that too.”

Ready for anything and everything, Ohtani apparently is.

Teammate Ian Kinsler, who acted surprised himself by leading off the game with a home run when he wasn’t necessarily trying for one, said different hitters have different expectations at the plate. For Ohtani to be expecting something slow, something fast, and anything in between, isn’t necessarily unique. But some are better than others.

“That’s why we’re in the big leagues,” Kinsler said. “You definitely anticipate pitches. You’re ready for the hardest pitch. Everyone’s different, though. There’s guys that sit on pitches, there’s guys that can anticipate every pitch that’s being thrown. It’s all about having a comfortable mindset.”

His hitting side was supposed to be weaker, but Ohtani at the bat is starting to put opposing managers in an uncomfortable mindset. He drew his first career intentional walk, in the sixth inning, after he had started the game 0-for-2 against right-hander Ian Kennedy. Maybe manager Mike Scioscia will have to see about getting some lineup protection for Ohtani, whom he batted eighth. No matter where, Scioscia said Ohtani probably will be back in the lineup at designated hitter again Friday night. He’ll get a day of rest ahead of his next start on the mound, which comes Sunday afternoon in the series finale, when temperatures project into the 30s.

“I don’t remember exactly what degrees it was the last time I pitched somewhere so cold, but I grew up in a pretty cold place,” said Ohtani, who grew up in the north. “Playing in a game like that, I don’t know if I’ve ever been in a game that cold. Hopefully it’s warm that day but, if not, I’m going to be prepared pitching in cold weather.”