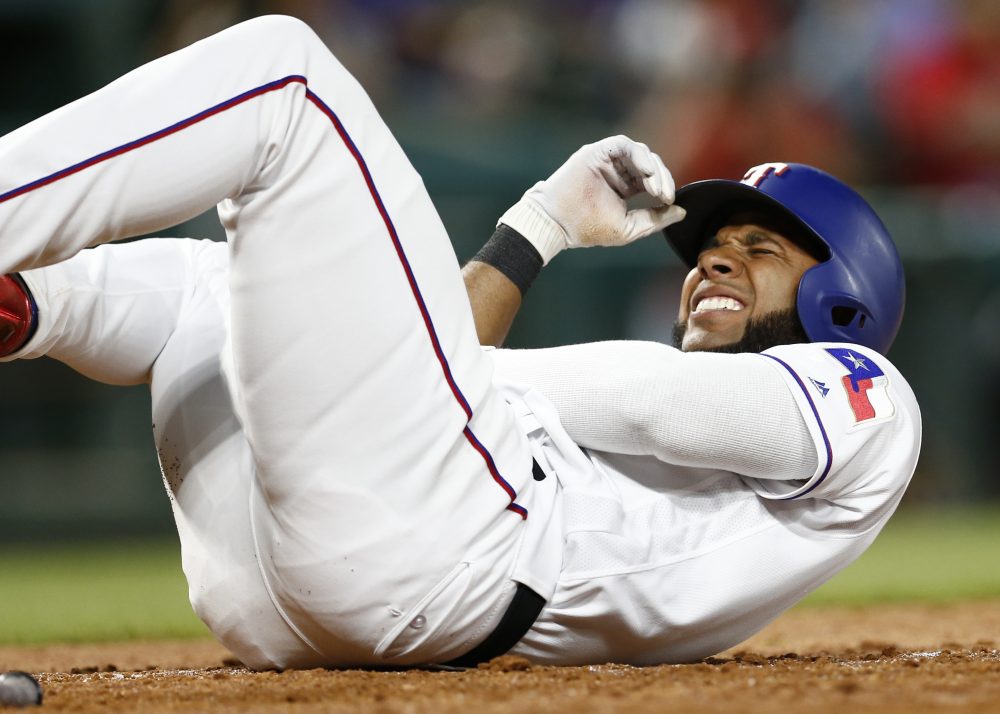 KANSAS CITY, Mo. — Los Angeles Angels reliever Keynan Middleton sounded like a young man who wants to apologize directly for something awful, and doesn’t know quite how to do it.

Middleton spoke softly and remorsefully Thursday about what happened in the bottom of the ninth inning the night before, when he hit Elvis Andrus of the Texas Rangers in the right elbow with a 97 mph fastball at Globe Life Park. The pitch fractured Andrus’ elbow, and while he won’t need surgery, the Rangers said their starting shortstop would miss an estimated 6-8 weeks.

Reporters asked Rangers manager Jeff Banister if he thought Andrus getting plunked was retaliation for Angels slugger Mike Trout being hit in the top of the inning by Tony Barnette. Was it “payback,” as posed in the Dallas Morning News?

“It’s a fair question, but I’m not going to speculate on anything about that.”

With the Angels in town preparing to play the Royals, Middleton didn’t waver. No way, he said, nothing was intentional.

“A lot of people are saying a lot of crazy things,” Middleton told Baseball Prospectus. “If you know how I am, and you know who I am, you know I wouldn’t do that. You go back and look at my last two full regular seasons (in the majors), I had no hit by pitches. It’s just something that happened. I feel really bad about it. And I hope that he knows that I would never do it on purpose. I hope everybody else knows I would never do it on purpose.”

Angels manager Mike Scioscia spoke with the same sentiment, though he might want a clarification from Banister at some point.

“I didn’t hear any quotes from Jeff, but I think he knows that we don’t feel there was any intent when Mike got hit, and there certainly was no intent on our side when Elvis got hit,” Scioscia said.

Middleton said he feels awful about Andrus being injured.

“I really do,” Middleton said. “I never in my life would take opportunities, at-bats, games away from anybody. I’m really sorry that it happened and I don’t want to see anybody sit out because of something I did.”

Middleton was trying to close out a save when Texas rallied with two outs. The Rangers had runners at second and third, and Andrus worked a 2-0 count in his favor, when Middleton’s four-seamer sailed up and in. They call it the funny bone for a reason, but it wasn’t apparent as to why with Andrus rolling around, writhing in pain.

A detail worth noticing: Angels catcher Rene Rivera setting up outside, as if that’s where the pitch were intended to finish.

Adrian Beltre flied out to end the game. The Angels improved to 10-3, continuing their best start since 1982. A 24-year-old in his second season, Middleton appears to be on the verge of becoming the team’s closer. Big responsibilities could be in store.

“If you know me, you know 100 percent I didn’t do that on purpose,” Middleton said. “And if you know baseball, you know I’m not going to hit him to load the bases for somebody with 3,000 career hits. It’s not gonna happen like that.”

Middleton said he hasn’t tried to get in touch with the Rangers, but he’s also not sure about when, how or even if to approach Andrus, who declined comment after the game (a rarity for him). 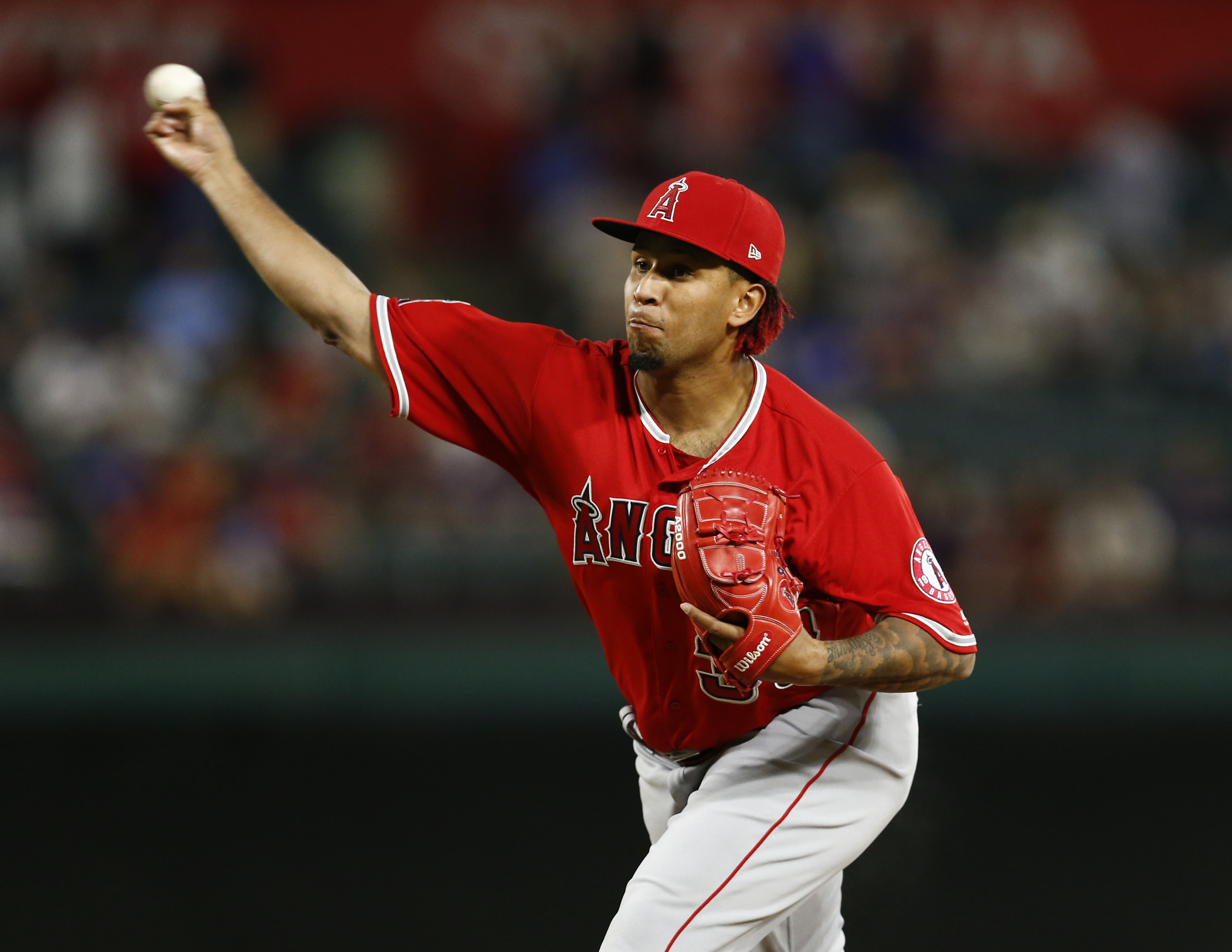 A lesser concern for Middleton has been the reaction on social media, which he said has been about how you’d expect.

“Trolls on Twitter and trolls on antisocial media,” Middleton said. “DM’ing me, tagging me and stuff, saying I’m an ‘enemy of the state of Texas.’ ”

You need to be logged in to comment. Login or Subscribe
lombaowski
There is no way that was intentional.
Reply to lombaowski
roarke
I agree - you don't retaliate when the game is on the line in the ninth inning.
Reply to roarke
deadheadbrewer
And if Andrus doesn't start his swing, the ball would not even have been all that close to him.
Reply to deadheadbrewer
Daniel Nelson
Spot on. No way it was intentional. Would have just brushed him back a bit if he doesn't check his swing.
Reply to Daniel
jnossal
This situation brings up a fair point, how and when do you or don't you apologize to an opposing player for something that happened in the game, particularly an unintentional act that resulted in injury? Middleton might want to look at the actions of Pete Rose and Jack Tatum in that respect.
Reply to jnossal
Thomas Battiato
Andrus was hit in the back elbow as it was moving forward.

There is no possible way a pitcher can aim for the back elbow.
Reply to Thomas