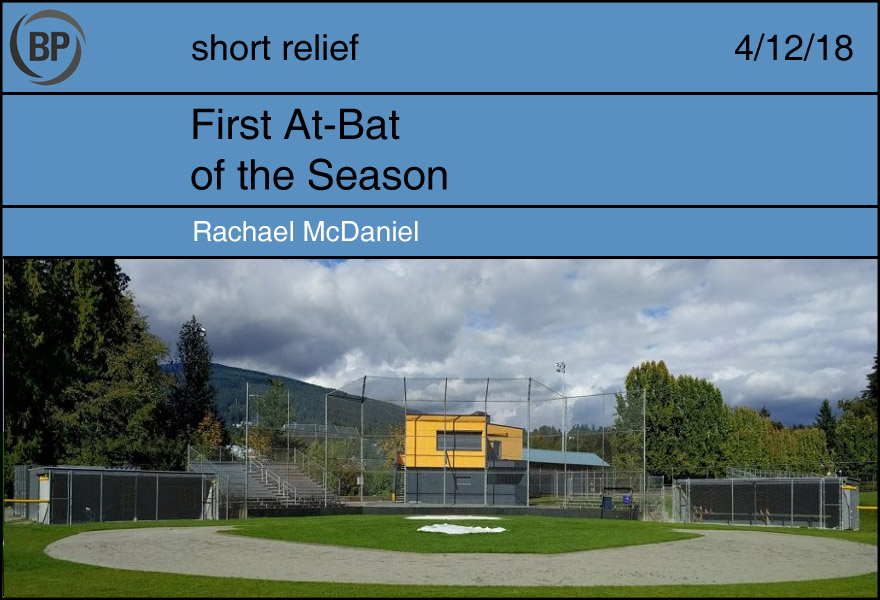 You are a Little League player. It’s the first game of the season. You are standing at the plate, ready to lead off the third inning.

You take deep breaths, watching as the pitcher scuffs his cleats on the rubber. He is long finished with his warm-up throws, and seems to be drawing a shape in the mound with the toe of his cleat. The teen umpire isn’t paying attention whatsoever — he’s wandered somewhere down the first-base line, looking at the lineup sheet in obvious confusion. He occasionally looks up, then scans the outfield, squinting, then looks back down at his lineup sheet again, muttering to himself.

You step out of the box, take some half-hearted swings at the air, trying to remember all the practice you did over the offseason. You’re very tense when you bat, that’s your problem. You have to relax. You could hit if you just relaxed. Some parents you’ve never met are yelling your name from the bleachers — how do they know your name already? Your dad is screaming a continuous stream of unintelligible advice at you. You choose not to hear it.

Unfortunately, whatever he says catches the umpire’s attention. The umpire walks over to where you dad is and says something to him through the fence. Your dad shouts back. The umpire raises his voice. Your dad rises to his feet, still shouting. You are thankful that your old helmet is so tight that it constricts your hearing, saving you the embarrassment of knowing exactly what words are being exchanged.

You are beginning to sweat now, despite the fact it’s a cool, pleasant evening and you’ve been on the bench for the entire game up to now. (You’re not very good at fielding. You’re very tense when the ball gets hit to you, that’s your problem. You have to relax. You could field if you just relaxed.) Both the umpire and your dad are still yelling and pointing at you. Your team’s coach is now stepping out of the dugout to yell at the umpire. You want to bury your head in the dirt like an ostrich. You want to turn your helmet backwards so that it covers your face, and then keep wearing it for the rest of your life.

And then, as if by magic, the din stops. Your dad is silent, the coach returns to the dugout, and the umpire and the catcher take their positions calmly. The pitcher stands ready, ball in hand.

Finally. The moment is here. You step into the box, bend your knees, tap the plate with your bat. Relax, you remind yourself. And as you look out at the bright field, the last light of the sunset fading over the horizon, you have a feeling of sublime peace. The chaos is over. This is where it all begins. This is going to be your best season yet.

You strike out on three pitches. 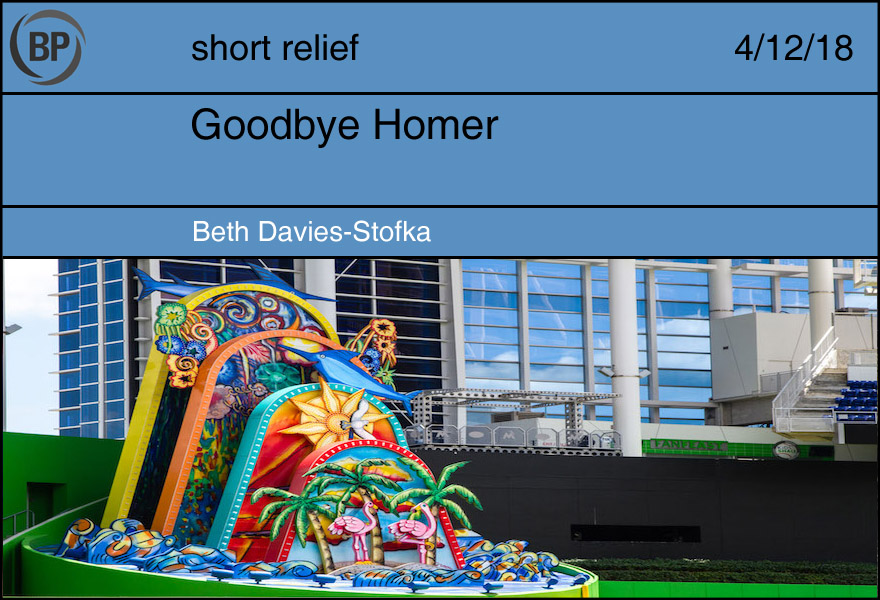 In the last hour before dawn, Martha and the Doctor ran pell-mell from left-center to the home team dugout. Sonic screwdriver whirring at the lock on the clubhouse entrance, the Doctor winked. “Won’t be a minute.” Then with a flourish, he opened the door.

Martha entered, mouth open in wonder. She had never been in a clubhouse before, much less trespassed in one. As she stared around in amazement, the Doctor stole a small can of rubbing mud and put it in his pocket.

The Doctor smiled. “Always take rubbing mud into battle! Now, where would you like to go next? I can show you a planet where –”

A door opened behind them and they ran. Hidden in the darkened tunnel, they peered cautiously into the clubhouse. A man in black sunglasses and a grey suit had taken a seat on a couch and was holding his head in his hands.

The Doctor put a finger to his lips. “But he’s a superstar’s superstar!” Martha’s eyes were bright with excitement. “You mean we can’t say hello to Derek Jeter?” She started out of hiding but the Doctor held her back.

“He looks… tired. Let’s not disturb him.” He motioned to the exit. “We have what we came for. Let’s go back to the TARDIS.”

Hearing the door bang at the far end of the tunnel, Jeter ran onto the field just in time to see the two figures retreating. He chased after them. “Doctor!” he shouted. “Doctor! Wait!”

The Doctor and Martha turned as he caught up with them. “Doctor,” Jeter panted. “The franchise is a mess. It’s all a mess. I’m new to this and I’ve made so many mistakes. Will you take me back in time and maybe give me a fresh start?”

The Doctor put a sympathetic hand on Jeter’s shoulder. “You don’t just give up,” he said. “You make a stand. You have the guts to do what’s right!” A long-time friend of the time lord, Jeter recognized the truth in the familiar words.

The travelers disappeared through a door in the home run sculpture. The seventy-foot monstrosity shimmered and groaned as it dissolved into the time vortex. Watching, Jeter muttered to himself. “At least the Doctor fixed one problem. That damn thing is finally gone.” 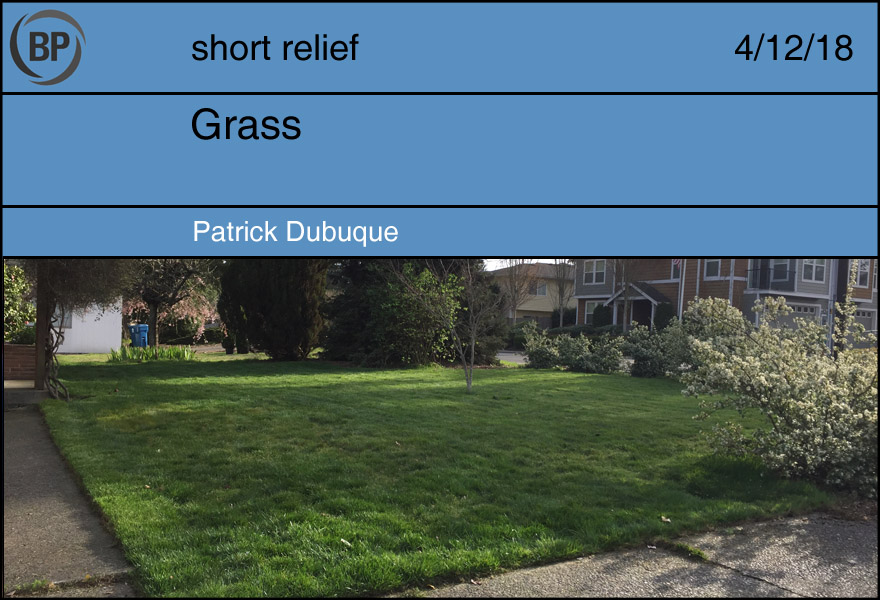 A confession: The first moment I sensed dadliness in myself wasn’t the step-echo powderlit hospital, where I swung my wide-eyed daughter in large lazy pendulums as we waited for her mother to be wheeled in from the operating room. It arrived instead somewhat earlier, some indistinct afternoon in my late twenties, the first time I stepped back and reviewed a well-edged yard. There is a deep, wordless satisfaction of purpose, feeling the life of your own newborn child; there is another in a crisp lawn, if somewhat different.

As a boy I always dreamed of standing on a major-league ballfield, but not the way that other children did. I played my formative wiffleball games in a backyard constructed of gravel, the foul territory on the right a thicket of vines and stickerbushes, dozens of fir trees my dome. A natural middle infielder in Little League, I lamented the patchy grass that sent so many groundballs into my chest and shoulders.

So much of my baseball is still bound to that grass, the quiet afternoon escape of headphones and third innings and the crowd noise of the electric lawn mower. They’re strange things, yards: in youth the simple push-mower appears enormous and powerful. In one’s twenties, it provides the veneer of responsibility, the chance to feel grown. Eventually it falls into that same category of minor burdens, like painting and driving, that comprise the mosaic of adult life. Why do I cut this same grass, listen to the same game, over and over? Without noticing, did I pour myself into the same container as everyone else?

Happily, that isn’t the last stage. Now the pointlessness of the lawn is exactly what makes it so appealing, its separation from the wearying importance of everyday accomplishment. So should it be with baseball, but today this is sadly no longer true. Not sad because the conversations and parallels that people draw from it aren’t necessary; just sad that this random game, in the current political climate, became one of the few ways to engage people in those discussions. It’s a matter of poor timing, like generations who cross into adulthood in times of war, or the generation of my daughter, who may grow up unable to afford this same patch of grass I battle to a draw.

Perhaps. She gives this lawn purpose, as well. She helped plant strawberries at an age when her world was pointed downwards, and later honeysuckle to reach above her toward the sky. And in the meantime: We’ll still have warm spring evenings, playing wiffleball on actual green grass, before she seeks out her own lawn mowers in the wide world.