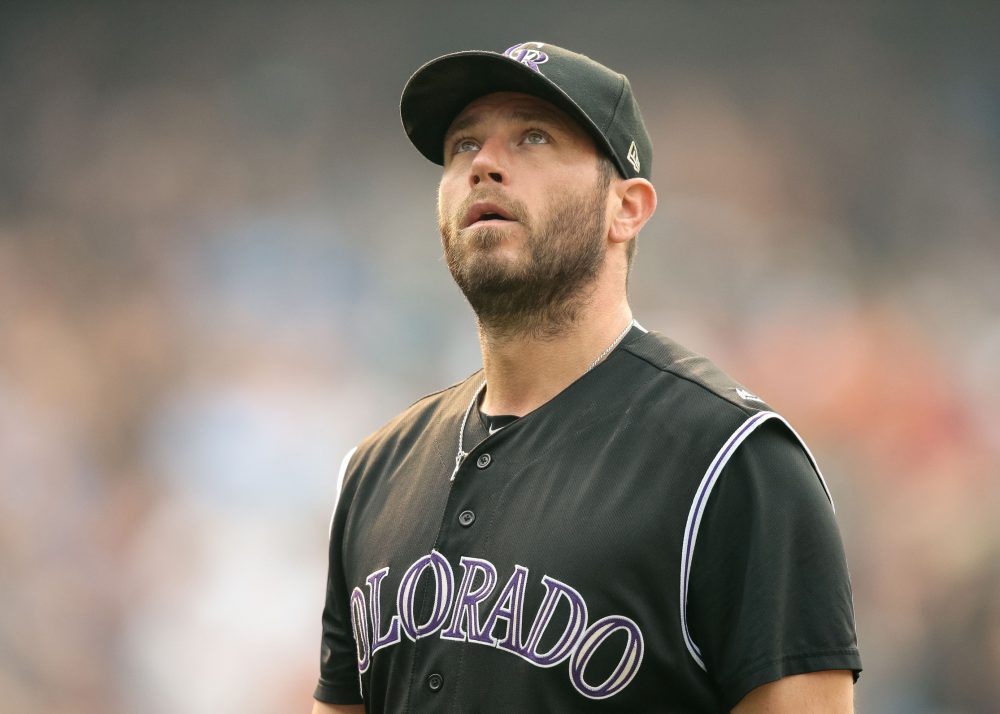 Six weeks ago, in response to the incredibly slow-moving offseason, I formed a 25-man roster made entirely out of unsigned free agents, named the team the Nomads, hypothetically hired fellow free agent Joe Girardi to manage them, and ran a PECOTA projection for them that spit out an 84-78 record.

Since then nearly every impact free agent has signed, although many of them did so for fewer years and much less money than anyone expected at the beginning of the offseason. Whereas in mid-February that all-free agent team would have realistically competed for a playoff spot in either league, today that same team probably wouldn’t be able to avoid last place in any division. And yet one of last season’s All-Stars remains unsigned just 24 hours before Opening Day and quite a few other other former All-Stars are also still looking for work in 2018.

There isn’t really supposed to be such a thing as an Opening Day free agent market, but since there is one this season let’s review the best of the unsigned bunch.

BP’s pre-offseason ranking of free agents pegged three-time All-Star reliever Greg Holland at no. 13, sandwiched in between Mike Moustakas (re-signed by the Royals in March for one year and $6.5 million) and Jay Bruce (signed by the Mets in January for three years and $39 million). Holland was an All-Star in 2017 and led the National League with 41 saves, posting a 3.61 ERA, .193 opponents’ batting average, and 70/26 K/BB ratio in 57 innings while calling Coors Field home. At age 32, he has a career 2.60 ERA and 500 strikeouts in 377 innings.

As for why … well, any explanation should begin and end with the overall oddity and depressed market conditions of this offseason. Beyond that, a) Holland has draft pick compensation attached and teams are always reluctant to forfeit a top-100 pick, b) he struggled at times in the second half after spending all of 2016 rehabbing from elbow surgery, and c) agent Scott Boras‘ initial asking price may have over-shot the lower-than-expected market in such a way that it made his client a non-option for some teams that turned their attention to other free agent relievers. Whatever the case, nearly every contending team would benefit from adding Holland to its bullpen, and many contenders (or quasi-contenders) are clearly in need of another late-inning, high-leverage option.

Aside from Holland, the other free agent relievers have been thoroughly picked over for a while now. There are some low-leverage options (Bryan Morris, Josh Collmenter, Joe Blanton, Jason Grilli, Chad Qualls) and some rehab projects (Trevor Rosenthal, Huston Street, Drew Storen), but no one else stands out in a “why isn’t this guy signed yet?” way. All of which makes Holland’s situation even weirder. He’s the only impact free agent who remains unsigned following an offseason in which tons of lesser relievers got multi-year contracts and there are zero other decent options for teams looking to add last-minute bullpen help.

Every prominent free agent starting pitcher has finally signed, although Lance Lynn and Alex Cobb were both available midway through spring training, Cobb had to wait so long to get his totally reasonable four-year, $57 million deal that he won’t be ready to begin the season in the Orioles’ rotation, and Lynn settled for a one-year, $12 million contract with the Twins. John Lackey (171 innings, 4.59 ERA last season) and Scott Feldman (111 innings, 4.77 ERA) are likely the best of the remaining bunch, and could probably help quite a few teams at the back of the rotation, but the bottom of the barrel is certainly being scraped.

Free agents at every position were hurt by this offseason’s inaction, but the one group totally left behind is bat-only position players. Productive, in-their-prime sluggers like Logan Morrison, Matt Adams, and Lucas Duda managed only cheap one-year deals, several other still-useful veterans took non-guaranteed minor-league contracts, and all kinds of recognizable names remain unsigned. Adam Lind, who hit .303/.362/.513 last season and has an OPS above .800 in four of the past five years, is back on the market after initially taking a minor-league deal. Mark Reynolds, who hit .267/.352/.487 with 30 homers last season, hasn’t found a home. Matt Holliday and Brandon Moss are others in the same boat.

This is basically an extension of the last group, but with slightly more ability to stand in left field. Jose Bautista and Andre Ethier are the biggest names after Jayson Werth signed a minor-league with the Mariners yesterday, although they may be on their last legs. Seth Smith hit .258/.340/.433 last season and has been a productive platoon bat vs. right-handers for 10 straight years. Melky Cabrera hit .285/.324/.423 last season and has more or less been hitting like that for a decade while being paid well. In an offseason when $4 million gets you Carlos Gomez, $6 million gets you Austin Jackson, and $8 million gets you Carlos Gonzalez it makes sense that guys like Bautista, Smith, and Cabrera aren’t finding much out there, but there are teams that could use them.

Neil Walker took a one-year, $4 million deal after hitting .265/.362/.439 for his eighth straight season as an above-average hitter. Mike Moustakas and Eduardo Nunez both re-signed with their original teams, for $6.5 million and $4 million, respectively. So what chance do guys like Brandon Phillips, Yunel Escobar, Jhonny Peralta, Aaron Hill, J.J. Hardy, and Stephen Drew have? Escobar was a starting-caliber third baseman last season, but Phillips, Peralta, and Hill are probably platoon bats at this stage of their careers, and most benches in 2018 just don’t have room for platoon infielders who can’t play shortstop. Hardy can still play shortstop at age 35, but his bat is barely ulility-man caliber these days.

So what’s left on the free agent market with the season starting? Not much, actually. Most of the unsigned needle-movers accepted underwhelming offers once spring training got going. There’s no real excuse for Holland to remain unsigned, but the best of the rest are platoon outfielders and infielders, good but not great bat-only hitters, and back-of-the-rotation starters.

Mostly because I just like ranking things, here are the 10 remaining free agents I think have the most on-field utility to an average team: