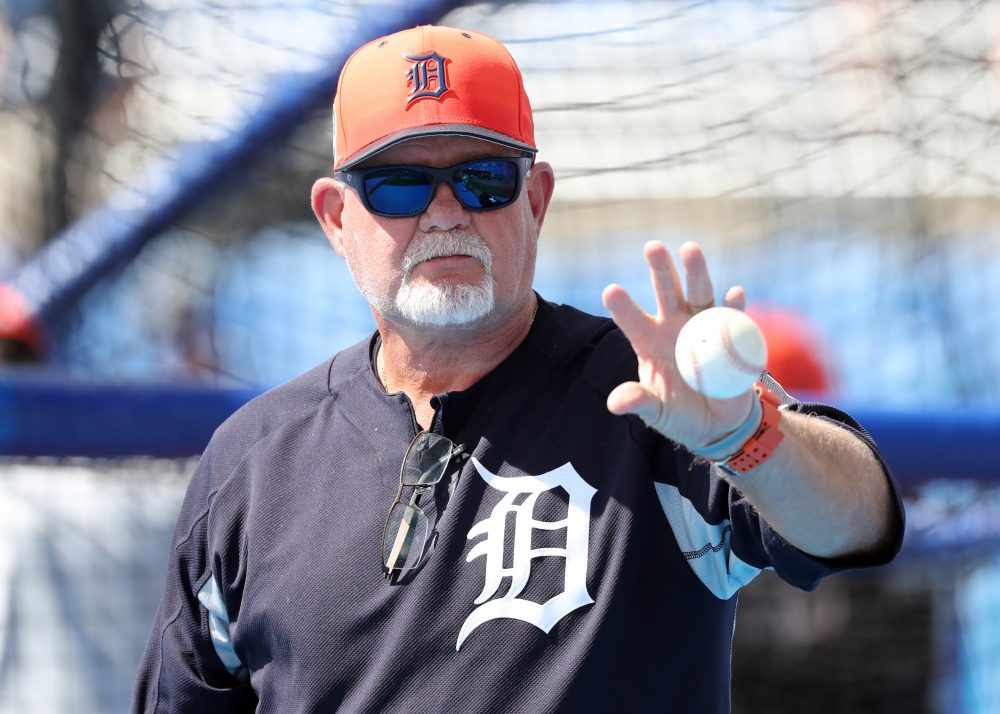 Aaron Gleeman: I’ve spent the offseason lumping the Tigers in with the Royals and the White Sox as American League Central teams clearly rebuilding and just as clearly not really trying to win games in 2018. I still think that’s mostly true, except now I’ve read enough stories about Miguel Cabrera looking healthy this spring to think maybe Detroit can be a half-step closer to competitive than those other two teams.

Cabrera, Nick Castellanos, and maybe Victor Martinez can put up some numbers offensively, and I like Jeimer Candelario as a hitter too. The rest of the lineup isn’t pretty and PECOTA sees the pitching staff as the second-worst in baseball, but is there still enough veteran talent to think the Tigers are better than the Royals and the White Sox at least? If they’re merely run-of-the-mill bad, instead of blown-up-roster-and-tanking bad, they could actually pad their record a bit thanks to the unbalanced schedule!

Matt Sussman: That’s definitely the feeling that comes from muscle memory. A team with Cabrera on it, by definition, cannot come into the season as a bad team, right? Maybe they can make a run! That’s what I tell myself, although it’s going to be all on those batters you mentioned, since the other five projected regulars are—how do we put it nicely?—glove-first players.

And that’s going to be a big if. If Cabrera can reconcile even more personal demons to lead this team. If Martinez and his ceramic ligaments can hold up during 500 plate appearances (and that’s assuming a scary thing like an irregular heartbeat is going to be fine). If Castellanos isn’t suddenly Amazon Primed to a better team overnight. Candelario is going to be a bright spot, but we’re not looking at a supernova here—and he’s going to be the weathervane on this team.

Whether the team finishes third, fourth, or fifth in the division probably won’t dictate much other than Tigers fans’ level of optimism for 2019, which has to be higher than it is today. But whether they win 80 games or 50 games, fans all absolutely want to see Cabrera destroy some more baseballs—this can’t be the way his story ends.

Gleeman: I started to type something about how maybe a great first half by Cabrera could open the door for the Tigers to trade him, but then I looked up his contract and OHMYGOD.

He still has six years and $192 million on his deal. Or, put another way: Cabrera is 35 now and the Tigers will be paying him roughly $32 million per season through age 40. I’m obviously more optimistic than most about the future Hall of Famer returning to a .300/.400/.500 level of production, but it’s possible there’s no bounce back big enough to lure a team anywhere near his contract. Detroit will truly be rebuilding around Cabrera, because he’s not going anywhere.

You’re probably right that there isn’t a real difference between third place or fifth place in a situation, and a division, like this one. With that said, is there anyone besides Candelario you think has a chance to solidify themselves as a long-term building block this season? Or are the Tigers realistically still another year or two away from beginning to put those pieces in place?

Sussman: [Takes a long look at the roster like a menu at a Chili’s, flips back through again, knowing full well I’m going to settle on, like, a cheeseburger.]

If we look at the 119-loss 2003 Tigers, the meaningful holdovers on the 2006 World Series roster were Brandon Inge and Craig Monroe—both 26 years old at the time—as well as some pitchers like Jeremy Bonderman, Nate Robertson, and Fernando Rodney. And they were far from the team’s best players. Using the same un-gory math, that would mean, uh, Dixon Machado and JaCoby Jones are today’s future.

There’s an outside chance of it being Rule 5 enigma Victor Reyes, though he might be returned to the Diamondbacks by the end of this sentence. All of which is to say the future of the team is definitely somewhere downstream while the rest of the team is up the creek.

I’ve been ignoring the pitching for so long, but we’re probably going to have to mention it at some point. The ones we keep waffling on are the two lefties, Daniel Norris and Matt Boyd. Young lefties: can’t live with them, can’t have a pitching coach constantly remind them to throw strikes without them. You’d think between them and Michael Fulmer, having a starting rotation with three pitchers under the age of 27 all entering their third season would be promising, no? Yet why do I taste blood?

Gleeman: Speaking of lefties and the rotation … having lived through the entire Francisco Liriano experience in Minnesota, the idea that he is now the veteran presence for this Tigers rotation is amusing. I actually think he was a decent low-cost flier, and might be able to give them 150 useful innings or maybe even fetch a semi-valuable prospect at the trade deadline if things go really well. But just picturing general manager Al Avila suggesting to Ron Gardenhire that he reunite with Liriano is making me smile.

On a related note, I worry about Gardenhire. By the end of his time with the Twins, he seemed beaten down physically and mentally. He’s in a better place now, health-wise, and perhaps three years away from managing has him in a better place mindset-wise too, but he’s certainly not the guy I would have chosen to lead a lengthy, full-scale rebuild. I have this sneaking suspicion that the Tigers are using him as kind of a sacrificial lamb, letting him rack up losses for the baseball team equivalent of a tomato can boxer, and then when things eventually start to look a bit more promising they’ll move on to their “real” choice at manager.

I’m sure the checks will cash and there are only 30 of these jobs to go around, so I don’t feel that bad for Gardenhire, but it’s a tough assignment for a 60-year-old former Manager of the Year winner. What would qualify as a success for Gardenhire over the next 2-3 seasons? Other than, you know, still having the job by then.

Sussman: From a clinical standpoint, just have at least one season in which the Tigers get off to a decent start through June and tease the idea of fighting for a Wild Card spot before reality sets in. But from a more broad perspective, just be entertaining. Right now I’m digging his absolute devotion to the analytical world after years of writing a lineup just by rubbing the foreheads of all his players to get a sense of how they feel. Now he’s all, yeah, I love computers, and all those numbers they give us. I’m pretty sure he’s on Snapchat, just because he knows that’s what the teens are into, and he hasn’t logged into it in over a year, but at least he can say he has a Snapchat.

I want him to try to discuss concepts like swing planes and miss the point just enough that it’s entertaining to the rest of us, because we’re going to need a good laugh. Things like “yeah, McCann was using his swing plane really good tonight, that’s why he went 3-for-4.” Because the entire team seemed to be playing catch-up in the analytics world, and the Tigers have people in the front office with heavy scouting pedigrees trying to learn what all the numbers mean. I guess that would be their success; figure out a trend that other teams have yet to uncover.

Gleeman: Gardenhire won six division titles in his first nine seasons as a manager, yet if the Tigers go 66-96 or worse this season his career record will fall below .500. PECOTA thinks he’ll stay above water, but just barely, projecting the Tigers for 68 wins. Their over/under win total on Bovada is 68.5, so everyone seems to agree there.

My gut keeps telling me they’ll hit the over and reach 70 wins, but realistically my faith in Cabrera and Martinez is probably no longer justified, and I just can’t see any way the pitching staff isn’t horrible. In fact, the only pitcher on the entire staff projected to have an ERA better than 4.40 is reliever Shane Greene at 3.78, and if he pitches as well as PECOTA thinks he will the Tigers will probably trade him by midseason.

I think 68 wins is about right, but I’ll take the under on the assumption that more things will go wrong than right. What say you?

Sussman: Optimism has served the team well over the last 12 years. Sometimes things just work out for the best. And they did, for longer than advertised. Having said that, let’s make this one more rehab project for the city of Detroit: 59 wins.

You need to be logged in to comment. Login or Subscribe
Alexander Bensky
As a lifelong Tiger fan, I want to disagree with your rating the team as poor, possibly awful.

But I can't. The one bright spot is that secondary market tickets should be cheap and plentiful this year.
Reply to Alexander
John Farrell
Boxing equivalent of a tomato can...Great line...Until one my fantasy pitchers gets beat up by this rag tag collection of misfits...How can they look at their fan base in the eye when they are trotting out Dixon Machado at 2B?...Brandon Phillips would probably sign for $1M at this point...Phugly...
Reply to John