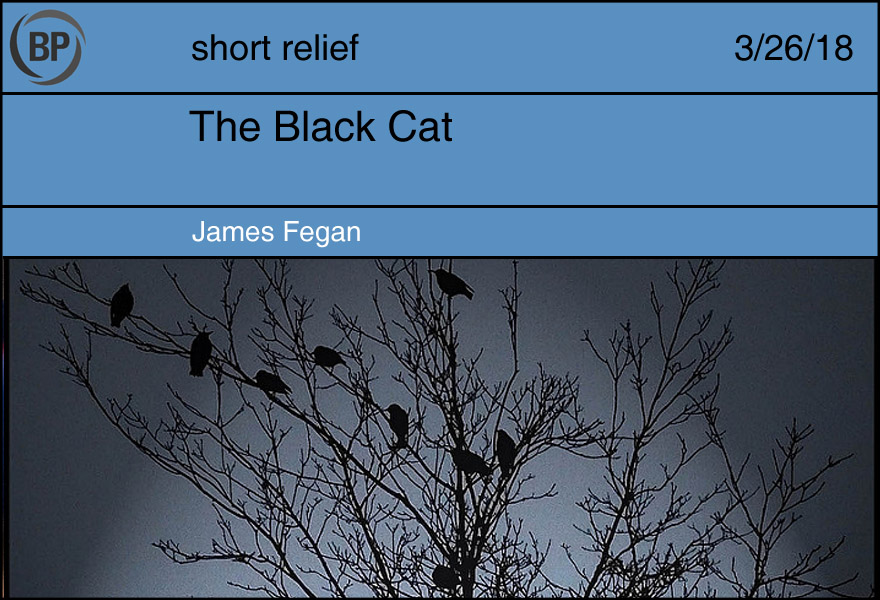 There was a black cat chasing a group of crows–a murder of crows, one might foreshadow–in the parking lot of the Camelback Ranch spring training complex near the end of the day this week. The cat got a hold of one the crows in it claws, prompting a commotion, but the crow got loose and flew off, shaken yet still airworthy, in a separate direction from the other crows who gathered on a nearby tree. The cat then hid under a truck and stared at me, refusing to acknowledge its failure, until I left.

In spring training, all we’re doing is searching for thematic information that provides a prism through which to foresee the results of the season, and now finally there’s something clear, rather than the morass of statistics.

The Camelback Ranch facility is shared by the White Sox and Dodgers, and all my White Sox analysis is paywalled, so let’s break down what this incredibly frank and unsubtle symbolism means for the Dodgers season.

The Dodgers are the cat

The Dodgers are a ruthless killing machine, as they have been for years. Geared for success and walking into a golden opportunity, for a moment they will look like they will finally win it all, and it will look like an inevitable natural occurrence.

Then they will inexplicably screw up and blow a 3-1 lead in the World Series and sit in their cars angrily looking at memes mocking them afterward.

The Dodgers are the bird

One of the Dodgers’ star players returns from a possibly season-ruining malady only to be more clearly diminished by the incident as the weeks stretch on. Hey! So far it really looks like the Dodgers are the bird.

The Dodgers are the tree

The Dodgers clubhouse seemingly has no emotional connection to one of its players getting hurt, but is full of players who will squak and complain about the danger presented by that injury for the rest of the season, entirely out of selfish concern. “CA-CAW!!” they will say repeatedly in interviews. This scenario seems unlikely but man let’s just make it clear that you cannot listen to those crows for very long without wishing the cat out from under that SUV and finished the damn job.

The Dodgers are the SUV

One of the Dodgers might have secretly committed aggravated assault and is just cooling out until people stop inquiring about it. 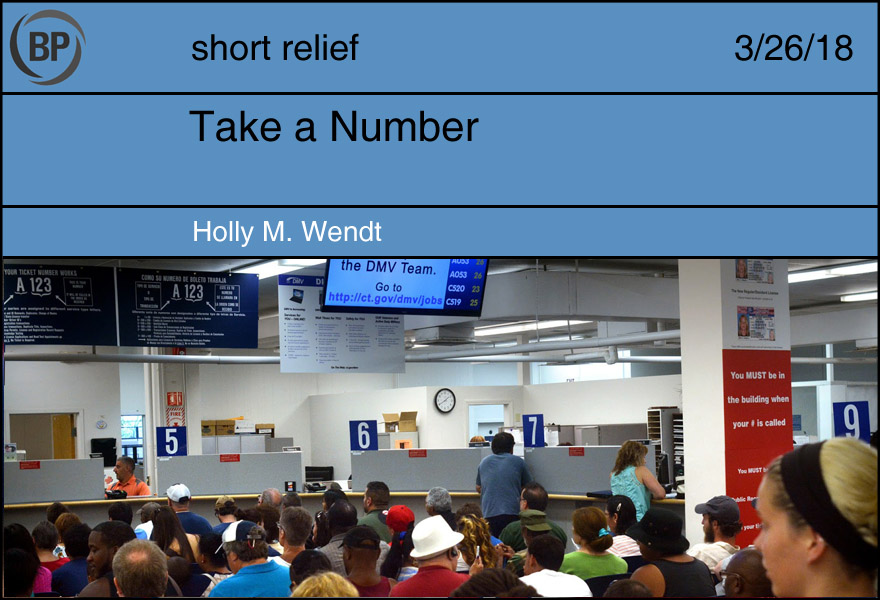 The parking lot is overfull, one more car wedged past the last delineated space in each asphalt column. Inside, the crowding is worse: every chair full, the ring of standing people two and sometimes three deep in the corners. The ticket I take has a dispiritingly high number; I am A163. At 8:37 on a Saturday morning, I am already too late to the DMV.

There are two rooms: the big one where we’re all waiting with the A-counter, the photo counter, at its head, and a smaller one that holds the C-counters, apparently for everything else. There’s no labeled counter B, and the digital display that shows which number is being served at which counter makes no mention of any B, either. But the machine that spits out the ticket insists: the woman I stand beside holds B247. She looks from the receipt-paper rectangle to the red alphanumeric display and back, but she doesn’t ask anyone. There’s nowhere, it seems, to get those kind of answers anyway.

The whole time I am there, I never see a B number on the screen. Only two people shuffle in and one shuffles out of the room for the C counter. Most of the people here are here for the C counter. One young man leans against the wall, eyes closed, singing silently. If he’s wearing headphones, I can’t see them.

It’s all a metaphor, and it’s not. There really are two rooms, and if you have the misfortune to be here for anything other than a new license photo, this is your entire Saturday. Maybe the handful of high school kids count it worth it, all parallel-parking butterflies and anticipatory joy; this is what they’ll endure for freedom, for a way to get to and from that job they can now take, for something like self-reliance. Others, who have maybe recently moved here, who must renew what has expired or been suspended, who may still, deep into adulthood, be taking the wheel for the first time, are waiting in a different way.

In minor league camp this week, a 29-year-old outfielder who’s still trying to scrape by in A-ball will think of the imaginary ticket he holds. The just-drafted 17-year-old playing center will think of his. Maybe they’ll both be called up, maybe they’ll see their numbers in the lights, maybe the route will be clear, or maybe the invitation will be to a room that doesn’t exist. Right now, all they can do is loosen their knees, keep their bodies soft on the balls of their feet, and hope it won’t be long now.