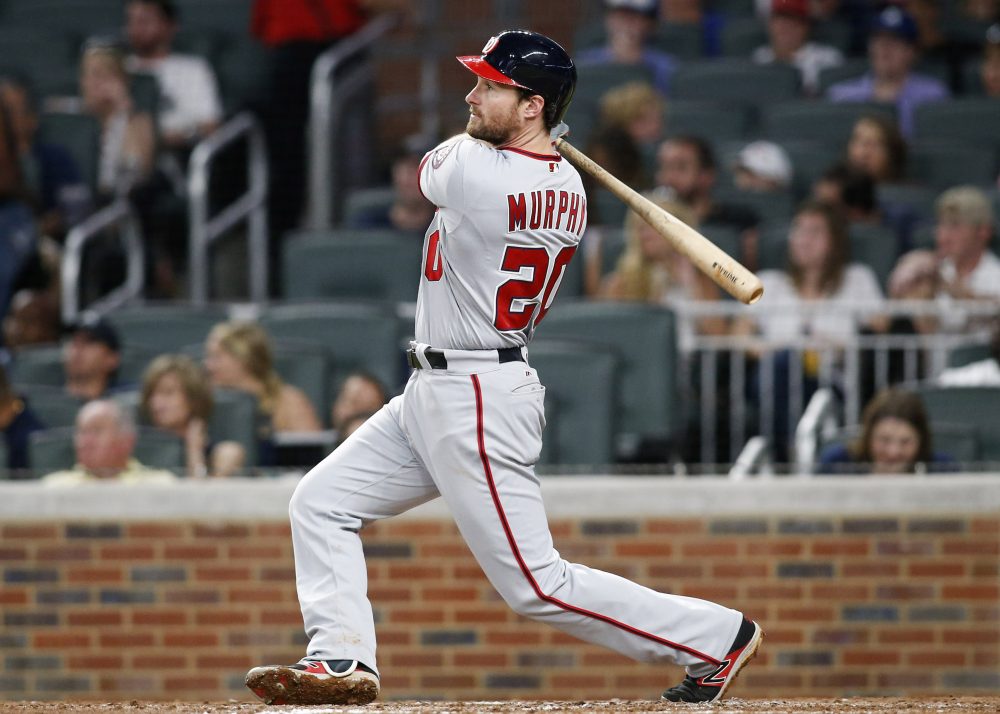 After dealing with some issues with his right leg during the latter stages of last season, Daniel Murphy ended up having microfracture surgery on his right knee shortly after the Nationals were knocked out of the playoffs. Naturally, when you have surgery that early in the offseason your goal is to be ready for Opening Day. However, the Nationals didn’t put a timetable on his recovery and as it turns out, Murphy likely won’t be ready for Opening Day.

Murphy told Chelsea Janes of the Washington Post that he doesn’t expect to be ready for Opening Day. In fact, if new manager Dave Martinez’s comments in that article are any indication, the Nationals are going to let Murphy take his time and get completely healthy before rushing him back.

When you consider the depth of the Nationals’ roster and the division in which they play, they can afford to take things slow. Wilmer Difo and Howie Kendrick should serve as capable backups in Murphy’s absence, and unless one of the other four NL East teams makes an extremely strong start out of the gates, the Nationals should still have more than enough to stay atop of the division while Murphy is recovering.

It’s not ideal to lose a guy who has been hitting solidly above a .300 True Average since joining the team, but the Nationals are fortunate enough to be in a position where they don’t have to rush him back. Washington’s focus is going to be on what they can do in October instead of Opening Day, which is why Murphy will continue to work toward being 100 percent ready instead of being 70-80 percent ready.

One player who should definitely be ready for Opening Day is Shohei Ohtani and that’s even with the struggles he’s been going through during spring training so far. You should never be especially concerned about spring training statistics, but Ohtani has clearly been having a rough go of it and even got to the point where Bob Nightengale of USA Today wrote in a recent article that rival scouts were thinking there was a chance Ohtani could start the season in the minor leagues.

However, Nightengale also noted in the same article that the Angels are not even going to consider that. In fact, it appears the Angels are planning to have Ohtani start their third game of the season, and he may also be their designated hitter on Opening Day. So if the anonymous Angels executives aren’t even close to panicking about their prized offseason acquisition then there’s no reason for anybody else to start panicking as well.

The Braves lost a decent number of international prospects in the wake of the scandal that saw them punished heavily for rule-breaking on that front. One of those prospects was Ji-Hwan Bae, who came to an agreement with the Braves during the latter portion of the 2017 regular season. While teams wasted no time going after other prospects like Kevin Maitan, it’s taken a while for Bae to latch on to another organization.

Fortunately for Bae, he no longer has to wait, as he’s been snapped up by the Pirates. PiratesProspects.com was the first to report that the Pirates signed Bae for a $1.25 million bonus, which is considerably more than what the Braves offered—or what they offered officially, at least. Either way, it’s good for Bae that he’s landed with another organization and now he can hopefully develop and make his way toward the big leagues.