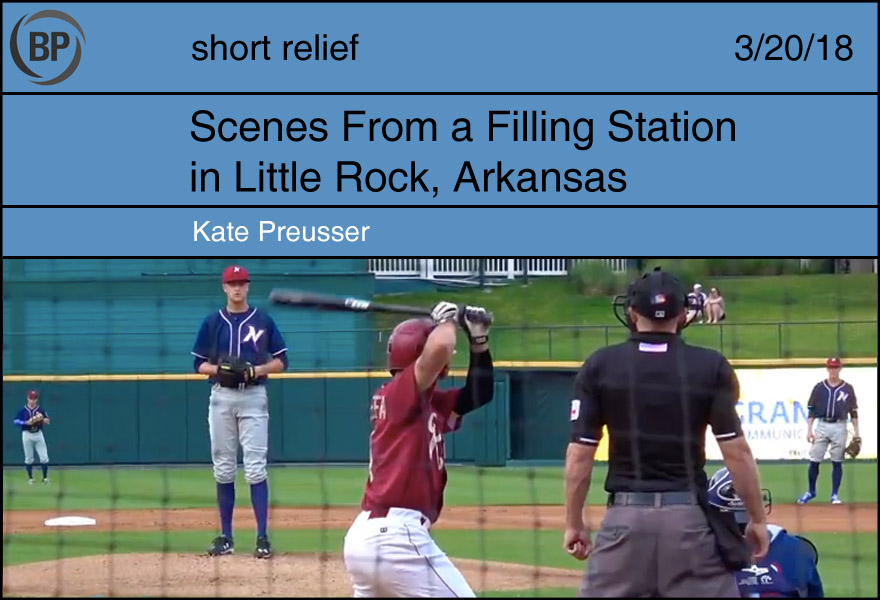 The Mariners claimed a pitcher. His name is Ashton, or Austin, or Chase, or Chasen. His minor-league FIP is in the mid-3s, or the low-4s. He wears his socks high, or he doesn’t. He has no real social media presence, maybe a locked Instagram account with a handful of pictures–an off-season fishing trip, his first pro jersey, back when he documented those sort of things, back when he cared. He’s a fastball-slider guy who is working on a curveball. He is from Florida, or California, or Texas, but his face looks like the Midwest, corn-pale and expansive, untroubled. As a fan, it is impossible to feel one way or another about this pitcher, who is maybe a starter or a reliever, who will maybe make it through the season as organizational filler, but could just as easily be part of a trade package. Maybe he’s a reclamation project, and unlocks something heretofore unseen in his unremarkable repertoire; this is a smaller possibility, but it is a possibility. Most likely, he will toil in the minors; most likely, we, the fans, will forget his name, if we ever knew it in the first place.

In Elizabeth Bishop’s poem “Filling Station,” she describes, gleefully, a particularly greasy family gas station, dirty and oil-soaked and yet boasting a set of wicker furniture, a houseplant and a daisy-chained doily on a taboret; signs of domestic care, even in a “grease-impregnated” environment. The poem concludes:

Somebody embroidered the doily.
Somebody waters the plant,
or oils it, maybe. Somebody
arranges the rows of cans
so that they softly say:
esso—so—so—so
to high-strung automobiles.
Somebody loves us all.

Somebody wrote those scouting notes, hand sweating under the Arkansas sun; somebody played the film over and over again in a Little Rock motel room. Someone went to his games, peered at him intently, hovering like a parent, hanging on every pitch. Someone is his champion. Someone champions us all. 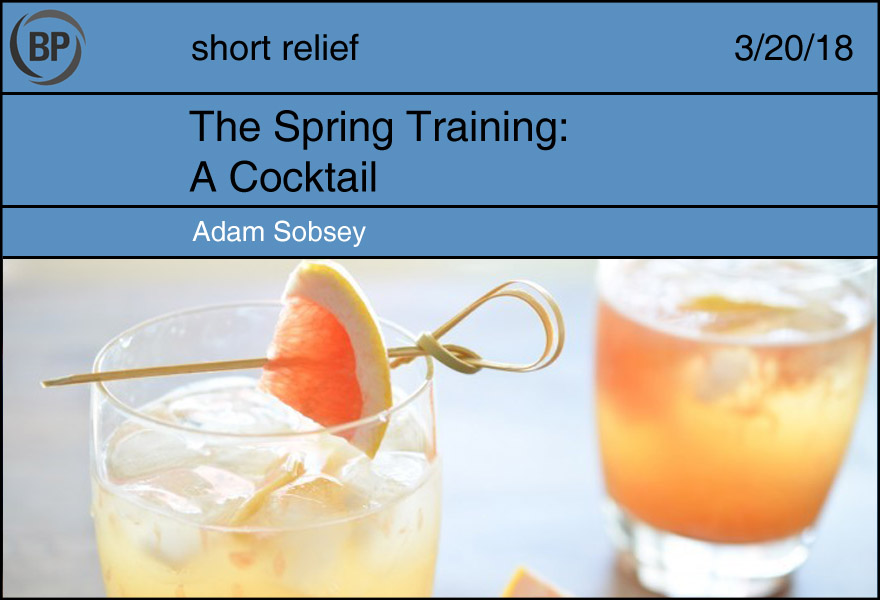 You know what they say about March: In like a lion, out like an Article XXB free agent. The season approaches, the weather begins to warm, and you harbor unreasonable hopes for your team. You must be drunk! If you aren’t, you should be. So as the Grapefruit and Cactus Leagues hit their stride, with guys in jersey numbers higher than the freeway speed limit striving not to be shipped off to Fresno, Rochester, and Oklahoma City, here’s a little drink I made up in the spirit of the (pre)season.

The Spring Training is a variation on a margarita, for that first foretaste of summer. I’m a fan of shaking my drinks over ice and then straining them over new ice—which chills the glass, and also keeps the drink from being ice-chippy—but it’s fine to skip putting ice in the glass and pour the shaker slushy right into it.

Instead of lime juice or sour mix, the Spring Training calls for grapefruit for the obvious reason; it’s also to bid a fond goodbye to the citrusy winter months. The grapefruit-friendly aperitif liqueur Campari replaces the customary Cointreau or triple sec, which gives the drink a little bracing, herbaceous bitterness (and a nice pinkish hue). If you’re sensitive to bitterness, substitute Campari’s slightly sweeter kin, Cappelletti, or go a little heavier on the agave syrup, and never root for any team, ever.

Fresh-squeezed grapefruit juice! Canned is a no-no in this drink.

Use either reposado or blanco tequila. Reposado imparts a little smoke and oak; blanco is zingier and grassier. It’s best to stay away from añejo, which is a little too complex for most margaritas. You can omit the ancho chile if you like, but the Spring Training is a drink that likes to play pepper.

Spread the salt and chile powder on a small plate and mix well. Rub the rim of an 8-10 oz. glass with a little grapefruit (to make it sticky). Roll half the rim in the salt and pepper mixture. (Leave half unseasoned.) Fill the glass with ice.

In a cocktail shaker filled halfway with ice, mix the liquid ingredients and shake well. Strain into the glass. Garnish with a grapefruit slice.