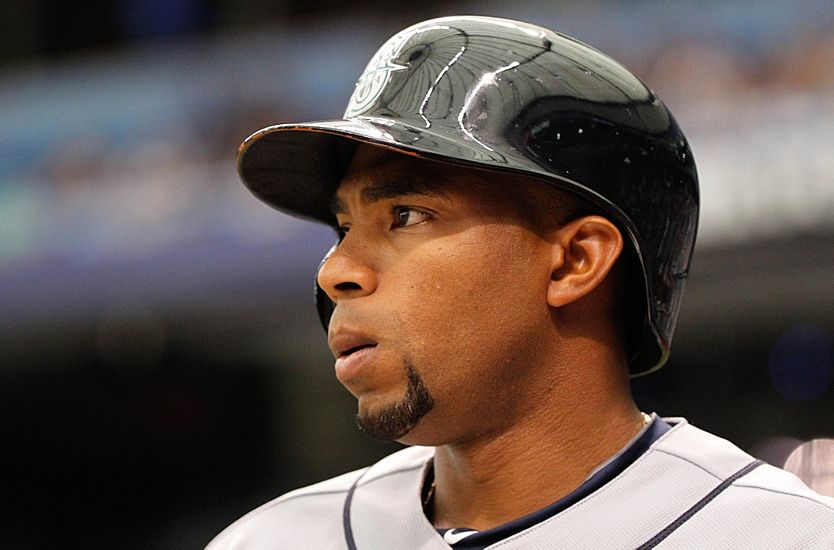 Here’s a transaction from a few weeks ago that was so small, so meaningless, that it will never be covered in a Transaction Analysis:

The Somerset Patriots play in the Atlantic League, the highest level of independent baseball. They have a nice ballpark in Bridgewater, New Jersey, an exurb of New York; the park is pretty close to where Interstate 287, the outer New York metro beltway, meets US 22, which starts around the Newark Airport and traverses west out into the northern edges of Appalachia. Bridgewater is the last suburban township before things start to get pretty rural. The ballpark is nestled right up against a commuter train station, across the street from a large suburban shopping complex anchored by Home Depot, Target, Costco, Old Navy, and Applebee’s. You may not exactly know the area if you aren’t from around here, but it’s every generic outer suburb you’ve ever been to.

With the recent folding of the Bridgeport Bluefish, Somerset is the last original Atlantic League team left standing from the league’s formation in the late-1990s. They specialize in a cheap ballpark experience for the suburban family, with a healthy dose of New York baseball kitsch. It’s not quite as strongly favoring the wayward Yankees or Mets fan as the Long Island Ducks, who have made New York nostalgia their brand, but well, the Patriots did have Sparky Lyle as their manager for fifteen years.

Endy Chavez is one of the more unlikely icons in Mets history. Four times a Met on paper, Chavez came up through the Mets farm, only to be taken in the Rule 5 Draft, returned, traded, claimed on waivers, and lost on waivers all before making his MLB debut for the late Montreal Expos. Four years later, he would be outrighted into free agency by the Phillies, and erstwhile Expos general manager Omar Minaya brought him over to the Mets for the 2006 season.

Chavez became a near-instant sensation in Flushing; a fun, freewheeling avatar for a team on the rise, the precursor to the Bartolo Colon phenomenon nearly a decade before Colon became a Met. With Cliff Floyd banged up in left and Xavier Nady the closest thing to a regular in right, Chavez quickly seized a significant platoon role across the outfield in 2006, flashing defense, speed, and the random singles explosion that occasionally rocketed him up to a .300 hitter for a half-season here or there. He also just seemed to be in the middle of weird, good stuff; there was a walkoff bunt, a big catch from literally out of the picture, a game-tying home run in the ninth, a four-hit game with a go-ahead single in the rain. I’m sure Chavez really had no more or less of these moments than any heady ballplayer, and it just felt like it from watching him regularly, but it always felt like he was in the middle of doing something good.

Of course, Chavez’s greatest moment came in the last game the Mets would play in 2006, NLCS Game 7. With a tied game in the sixth inning, Scott Rolen hit a ball several feet over the fence in left, but Chavez went over the wall and brought the ball back, then fired a strike to the cutoff man to double Jim Edmonds off first. Had the Mets gone onto win the game and the pennant, Chavez’s catch would’ve been lauded as one of the greatest plays in baseball history, with the player that made it becoming the stuff of legend. Instead, the Mets lost, the Wall Street Journal dubbed “The Catch” as “The Greatest Play That Didn’t Matter,” and Chavez continued on as a minor cult icon fourth outfielder instead of a playoff hero.

Chavez has essentially been in decline ever since, for over eleven years. His offense dipped in 2007 and then further in 2008. The Mets included him in the J.J. Putz trade disaster before the 2009 season, as Seattle installed him as the semi-regular left fielder amidst the first of several attempts to build a team around defense and run prevention. He would blow his knee out in June, costing him nearly two seasons, and accelerating the decline of his speed and defense package. He’d have something of a dead cat bounce upon his return in May 2011, putting up another one of those .300 seasons as the semi-regular center fielder in Texas, and then hung on for three more seasons as a reserve outfielder, ending up back in Seattle for his final two seasons. Every now and then, he’d still have the old Endy Chavez Magic—one of his last handful of major-league games in August 2014 featured a ten-pitch, two-out, ninth-inning walk to keep a rally going—but he was mostly just a bad hitter and diminished defender.

This story could’ve ended in March 2015, when Chavez requested his release from the Mariners to handle a family matter—which turned out to be a complicated international custody case; another echo of Bartolo Colon, another sign of how little we actually know about these beloved baseball men. He popped back up in the Atlantic League in 2016, looking to make it back to the majors. Even after leading the league in hitting at .345, nobody came calling. Off to the Mexican League in 2017, where he fell off all the way to hitting .343, and Endy Chavez’s Rotoworld player news page still hasn’t been updated in three years.

Chavez lives in another New Jersey suburb now, under an hour’s drive away from the Patriots’ ballpark; the easy commute is part of why he picked them over an offer from Wally Backman’s New Britain Bees. But it’s still fascinating to consider why Chavez, a player who made over $11 million in the majors per Spotrac, who like his brother Ender could likely get a job in organized baseball as a coach or scout at will, is still grinding out indy league baseball for a couple thousand dollars a month. He’s still good enough to hit a ton of singles against mid-minors pitching. Yet if he was going to be back up in organized baseball, signed by a team to make the majors again, wouldn’t it have been during the 2016 season or the 2016-17 offseason?

If you still love the game like Endy Chavez seems to, though, still love going out there and playing five or six times a week, this isn’t the worst life: a pretty quick 45 minute reverse commute from home, play in front of a team that actually draws about 5,000 fans a game, get some cheers from the adoring fans who remember your best days, make a little spending money. And there’s always a chance, isn’t there?

You need to be logged in to comment. Login or Subscribe
trojim
Fantastic read. Thanks for sharing your thoughts and insights.
Reply to trojim
James Springfield
“The Greatest Play That Didn’t Matter”

great name. and thanks for this, great article.
Reply to James
Sean Coriston
I was at the Home Depot across from that park on Monday. I actually used the ballpark as my destination in my navigator. Small world syndrome just hit lol
Reply to Sean