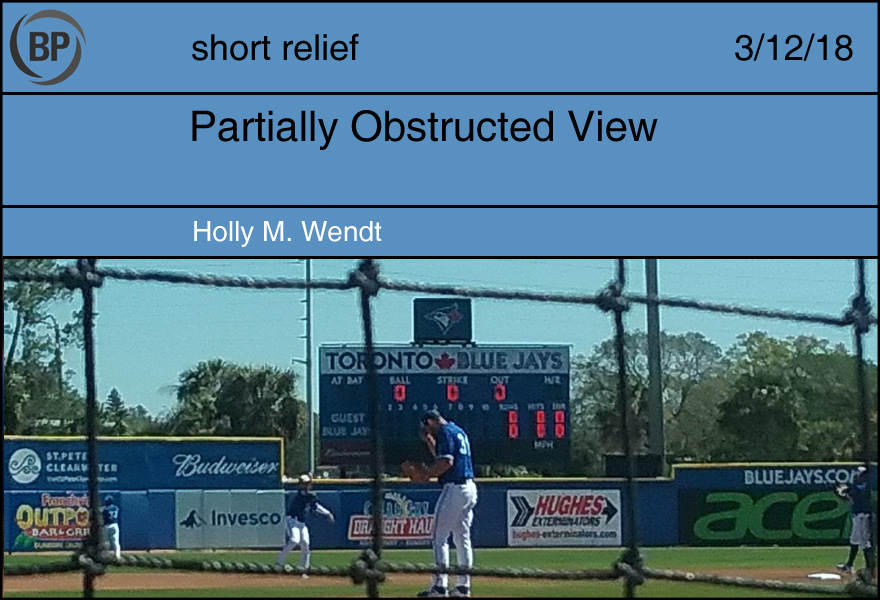 It’s a matter of perspective, one’s sight-line to the game. The one I’m most used to now, of course, is the television’s panopticon: a carefully curated series of angles and cuts, close-ups and B-roll, a variety of points of view that no single fan could experience in the same near-simultaneous way that the televised game offers. Even with some fly-on-the-dugout-wall view, at the towel-draped starting pitcher or a face-to-face view with an insouciant center fielder tossing back an easy fly were available, human sight doesn’t work in a way to offer both of those things. With only the naked eye, what’s far away looks far away, and we haven’t yet figured out how to be simultaneously on the dugout stairs and standing on the warning track.

Most professional ballparks have taken some steps to bring the advantages of television’s all-seeing eye to the live experience. At AAA Lehigh Valley, the Iron Pigs have installed the largest videoboard in the minor leagues, a 43×73-foot LED extravagance that makes it nearly impossible to miss anything—except, perhaps, the ballgame also happening live.

At an early March spring training game in Dunedin, I found myself closer to the professional game than I’d ever been: a first-row seat, close enough that I might have touched the Blue Jays’ on-deck mat. In Dunedin, there is no videoboard for showing replays, only an old-fashioned electronic scoreboard. One is only able to see what one is physically able to see.

What I saw from that point—beyond each of Joe Biagini’s and Sean Newcomb’s pitches, beyond four home runs and touted Braves prospect Ronald Acuña, Jr.’s first-inning single—was a pole. Its black metal length bisected the distance between mound and home, hiding the shortstops from my view. The visual interruption complicated the game somewhat, but my particular vantage encouraged simplification, too. From field level and nearly 400 feet away from the warning track, I found myself entirely forgetting about the outfield until a ball was hit into it. Anything happening in far right field remained a mystery. Instead, my sightline offered up what the television feeds seldom offer in such intimate measure: the particular rituals of the hitters not yet in the box, the perfect arc of dirt and grass and chalk curling behind home plate, the gathering up and re-disbursement of the on-deck circle’s accoutrements each half-inning, the silent drama of the catchers’ minute adjustments.

I said afterward that I was glad to have seen a baseball game, and I was, but I was gladdest to have seen this one in this particular way: close and strange and strangely familiar, like the games I watched years ago, lawn chair snug against the backstop, when only common sense and not security guards kept one from curling their fingers through the fence. 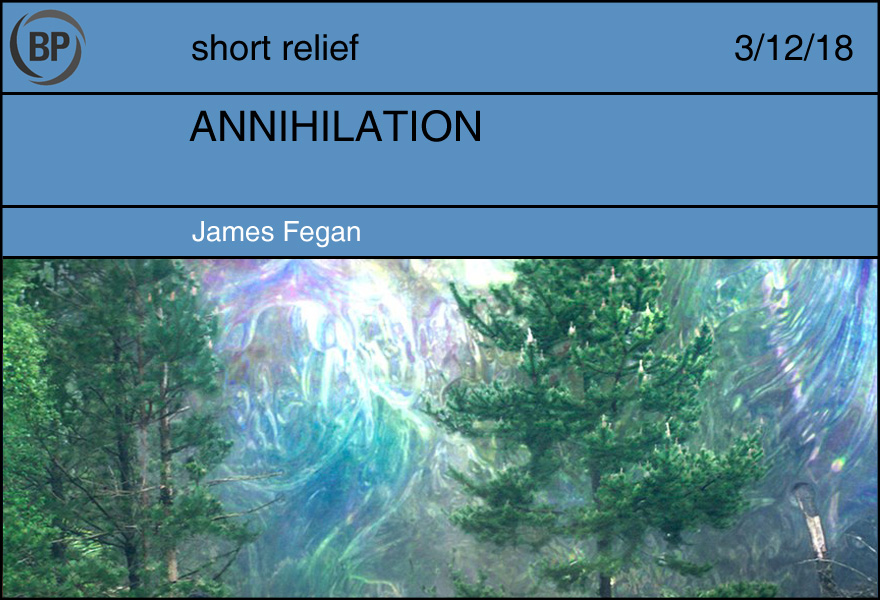 Arizona Diamondbacks owner Ken Kendrick stared out from the balcony connected to his office on the top floor of the team’s spring training facility. For six hours, his gaze remained fixed on a growing, translucent shimmer around a quarter mile behind the last back field at the team’s complex. He had sent 73 interns into the space over the course of the last four months, and none had returned nor sent word of their progress. Neither from his current perch nor right up next to the alien boundary could he hear their voices, there was no record in the Diamondbacks’ tracking systems of any screams escaping the space, only the shudders and claps of the slowly expanding shimmer, creeping toward Kendrick, full of menace.

A small flash at the western edge of the shimmer caught Kendrick’s weary eyes right as the sun began to dip and usher in another sleepless night. Staggering toward Kendrick was Marcus, an intern presumed dead two months ago, clutching a handful of baseballs. The young man was undeniably changed. His eyes were panicked, yet glistened unmistakably when the sunlight hit them. His beard was patchy, as if assembled from several other beards and all blended onto his suddenly haggard 23-year-old face.

“Is it already the afternoon?” stammered Marcus, seemingly unaware that he walked into this otherworldly void in early November.

Marcus’ voice was fractured, as if it was bouncing off the walls from around the corner of a long hallway. He was alone, there was no trace of another intern, or any life at all around him.

“Mr. Kendrick,” Marcus continued. “I don’t have many experiences with these sorts of things, but I don’t think the walk-in humidor you commissioned works.”

“Yes,” Kendrick said, with the thinnest whispers of a smile forming on his windburned face. As the sun creeped under the horizon, the last spurt of light flashed across his eyes, which shined and glistened in perfect alignment with Marcus’. “The balls remain juiced.”