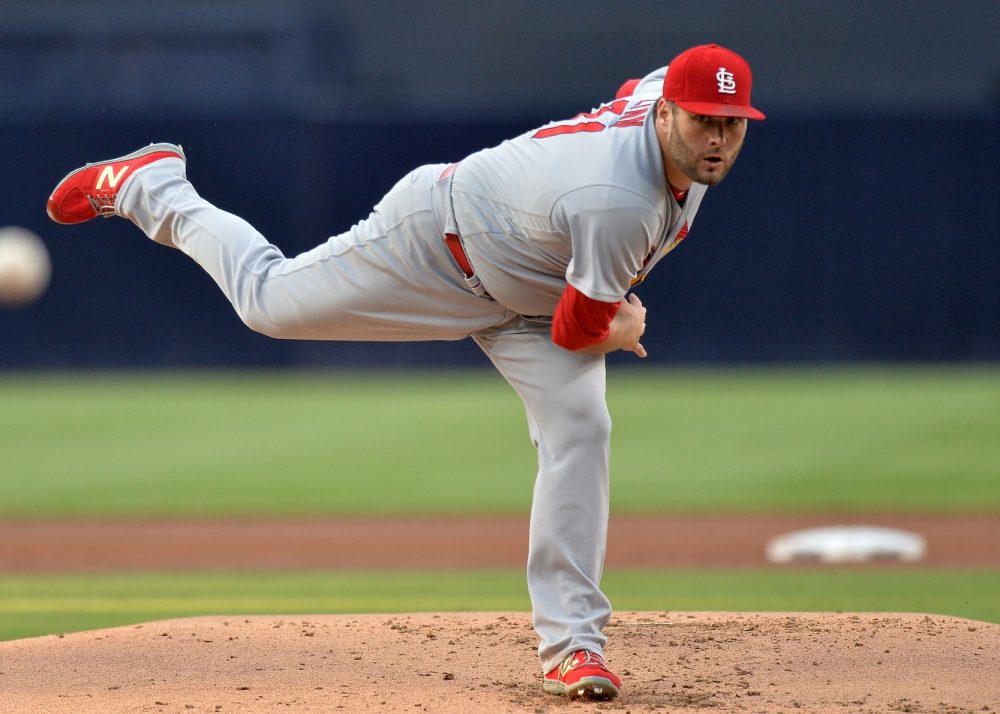 Minnesota has had a very busy offseason, signing seven free agents to major-league contracts and trading for right-hander Jake Odorizzi, yet after nearly every one of those additions many of their fans worried that it was the final move of the winter. That’s natural, of course. Twins fans are accustomed to low payrolls and inactive offseasons, which was standard operating procedure for two decades of a Terry Ryan-led front office. Things are different now—Derek Falvey and Thad Levine have been dropping consistent, heavy hints about that since Day 1 on the job as Ryan’s replacements—but old habits are hard to break.

When the Twins signed Fernando Rodney and Zach Duke in December, many fans assumed they were shopping for bullpen bargains to save money for the pursuit of starting pitching help. Then in January they signed Addison Reed to really beef up the bullpen. After missing out on Yu Darvish they signed Anibal Sanchez to an incentive-laden one-year deal and acquired Odorizzi from the Rays, with the assumption being that the rotation and the 25-man roster were pretty much set. It looked like a decent but underwhelming offseason, filled with sound, low-wattage pickups but lacking in bigger splashes and devoid of long-awaited payroll growth. They still weren’t done, though.

Two weeks ago the Twins swooped in to sign slugger Logan Morrison to a one-year, $6.5 million deal coming off a 38-homer breakout, and now they’ve added right-hander Lance Lynn on another one-year pact worth far less than he was expected to receive at the beginning of the offseason. Lynn, who rejected a one-year, $17.4 million qualifying offer from the Cardinals, gets a one-year, $12 million deal from the Twins. Minnesota’s actual cost is higher, as the Twins surrender the 95th pick in June’s draft to sign Lynn. If you’re giving up a top-100 pick you’d ideally like it to be for more than a one-year pickup, but Lynn reportedly turned down a two-year offer from the Twins.

Even adjusting the real cost to, say, $15 million, it’s a no-brainer decision for a pitching-starved team at the beginning of their contending window and in the sweet spot for maximizing the impact of every win. PECOTA now projects the Twins for 83 wins and the second Wild Card spot in a crowded American League field, and their projected postseason odds have risen dramatically in the past two weeks. To add Lynn, Reed, Morrison, Rodney, Duke, and Odorizzi—plus a rehabbing Michael Pineda for 2019—without giving up any top-10 prospects or giving out any contracts longer than two years is a remarkable series of moves for the Twins, whose payroll now sits at a franchise-record $130 million.

In what has been a strange, painfully slow offseason full of potential contending teams doing surprisingly little to boost their 2018 odds, the Twins of all teams made moves early, middle, and late, filling obvious holes cheaply and pouncing when impact free agents like Lynn, Reed, and Morrison unexpectedly became available at significant discounts. Their payroll is probably still too low relative to their revenues and this isn’t a sure-fire playoff team by any means—the Indians remain the obvious AL Central favorites and the Wild Card race is shaping up to be a tight one—but for the first time in a long time the Twins have had the type of offseason for which their fans clamored.

As for Lynn … well, my perception of him changed considerably from November to March as his asking price kept plummeting. He placed seventh on BP’s free agent rankings, with MLB Trade Rumors projecting him to sign a four-year, $56 million deal and FanGraphs predicting $48 million over three years. For that type of commitment, along with a top-100 draft pick, Lynn was a questionable target for the Twins. Last season his strikeout, walk, and homer rates all went in the wrong direction in his first year back from elbow surgery, and an increasingly fastball-heavy approach combined with a dip in velocity seemed like a risky combination.

Those things are all still true—and they’re why PECOTA projects Lynn as a mid-rotation starter instead of a front-line arm—but they just don’t matter as much for $12 million. Worrying about how he’ll age is no longer a factor and the Twins don’t have to consider how his salary will fit into future payrolls as their young core starts to get more expensive. All they need to worry about now is keeping Lynn healthy and effective for the next six months. Lynn has thrown at least 175 innings in five of the past six seasons, with only his 2016 season spent rehabbing from Tommy John surgery ruining the streak, and he returned from that to start a league-leading 33 games last season.

There’s no doubt that his 3.43 ERA last year overstates how well Lynn pitched, perhaps by a lot, as BP’s all-encompassing pitching metric Deserved Run Average (DRA) pegs him for a 4.54 mark. However, even that luck-fueled performance is relatively impressive in a first season back from elbow surgery, and Lynn posted a 3.37 ERA in 791 innings before going under the knife. He’s become more of a nibbler as he’s lost velocity, especially after the surgery, leading to an increase in walks and a greater reliance on called strikes, and his lack of quality off-speed pitches leads to difficulties with left-handed hitters.

Last season he made up for that by doing an incredible job limiting hard contact and by being very fortunate, posting a .244 batting average on balls in play that was the NL’s lowest. Counting on him taking that same path to success again is wishful thinking—his career BABIP is .297—although it’s possible the Twins’ new analytics department is betting on his ability to avoid a full-on regression. Last season only seven pitchers threw at least 100 innings with a BABIP under .250 and three of them—Lynn, Odorizzi, and Ervin Santana—are now in the Twins’ rotation. Whatever the case, for one year, at this price, the Twins aren’t paying for a repeat, they’re merely betting on Lynn being better than Adalberto Mejia, Phil Hughes, and Anibal Sanchez.

You need to be logged in to comment. Login or Subscribe
John Collins
I appreciate all the quick Twins TA pieces!
Reply to John
John Evans
A preponderance of pretty good signings -- nothing flashy, but they're all above average.
Reply to John
Robert Grace
See also Eno Sarris at Fangraphs, circa December 2017, on Lance Lynn's improved changeup.
Reply to Robert