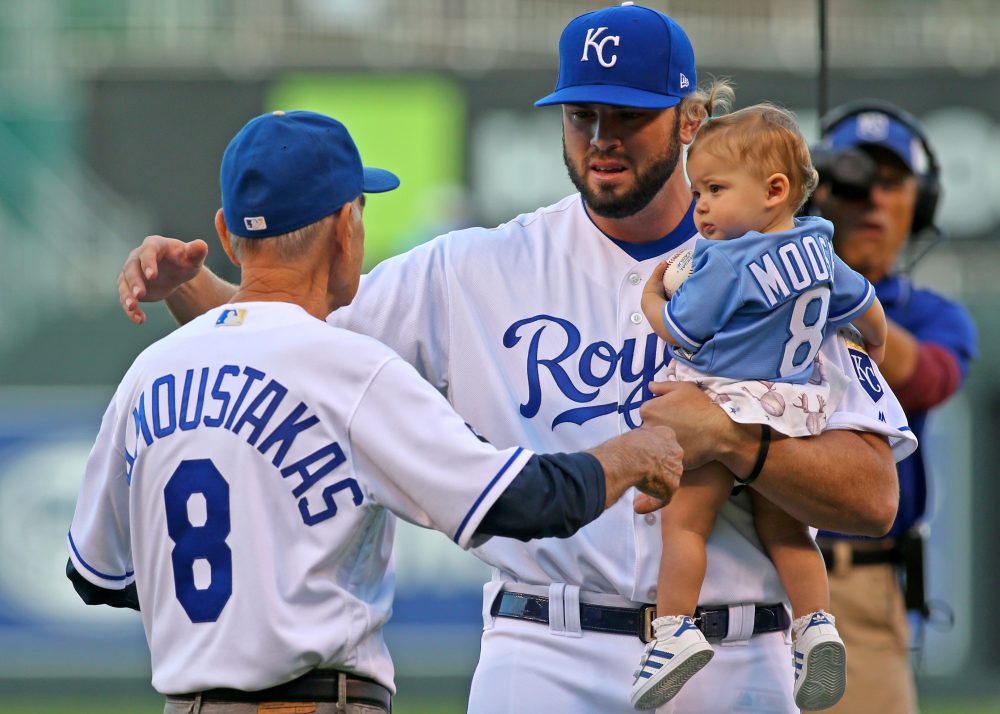 Let us consider, for a moment, the moose.

Besides the musk ox or perhaps a particularly drowsy grizzly bear, the moose is the North American animal that can best be described as a big galoot.

Mike Moustakas is often called Moose, but he is not a galoot. He’s a good power hitter and a fair defender at the hot corner. He just hit 38 bombs. He’s a good player. He’s 29 years old! He just signed back with the Royals for a guaranteed $6.5 million.

Look, we’ve been over this a billion times by now this winter. Players aren’t being paid anything close to what they have been in the recent past. It’s weird, it’s not great for the game, it’s showing no signs of stopping. There are still a bunch of good players who don’t have work.

The Moustakas deal is easily the worst and most baffling of the winter. This is a good, relatively young player. The market for third basemen was small, but it’s not as if they figurative contenders all have the position on lock. The Cardinals, for instance, don’t really have a third baseman. They’re theoretically trying to win this year. There are plenty of teams who could have made room for Moustakas, especially if this was the sort of money it took to get him at this point. The draft pick loss would have been relatively inconsequential. A second or third round pick isn’t much in the grand scheme of things, especially when you’re trying to win a championship.

Things are going to get worse before they get better. We haven’t hit the bottom yet, but you can see it from here.

The market for Carlos Gonzalez was always going to be weird. What do you do with a former all-star who’s slowed down and has gone through major dry spells? The answer, it seems, is to send him back to Coors Field.

The terms aren’t known at present, but it seems CarGo is going to be a Rockie once again. The fit makes a degree of sense. The Rockies seemed to miss him in camp, and he lengthens their lineup with much-needed thump if he keeps hitting like he did in the second half. One would imagine this is going to be a rather low-risk deal from a financial standpoint as well.

The bad news is that this creates a playing time crunch for Raimel Tapia and David Dahl if CarGo stays healthy, but that’s far from a given. These things can sort themselves out. If nothing else, CarGo’s sweet swing is back in Denver, and there should be dingers aplenty.

The slow winter market has been rough for many veterans, but Jose Bautista isn’t running up the white flag yet. He told Jeff Passan that he has big-league offers under consideration, and is weighing his options.

Bautista has been one of the game’s most notable stars of the past decade, but saw a considerable drop-off in his production in 2017. He might not have much baseball left in him at age 37. Yet, Bautista probably merits some sort of look, given his history of walloping baseballs into another dimension.

That look likely will have to come on a non-contender in some sort of bench role, or perhaps as a DH. The less time he can spend patrolling the grass, the better. That could be a way to get more energy into what was once a super-charged bat. Hopefully we haven’t seen the last of Bautista. It would be a shame for his career to end on a whimper like this.