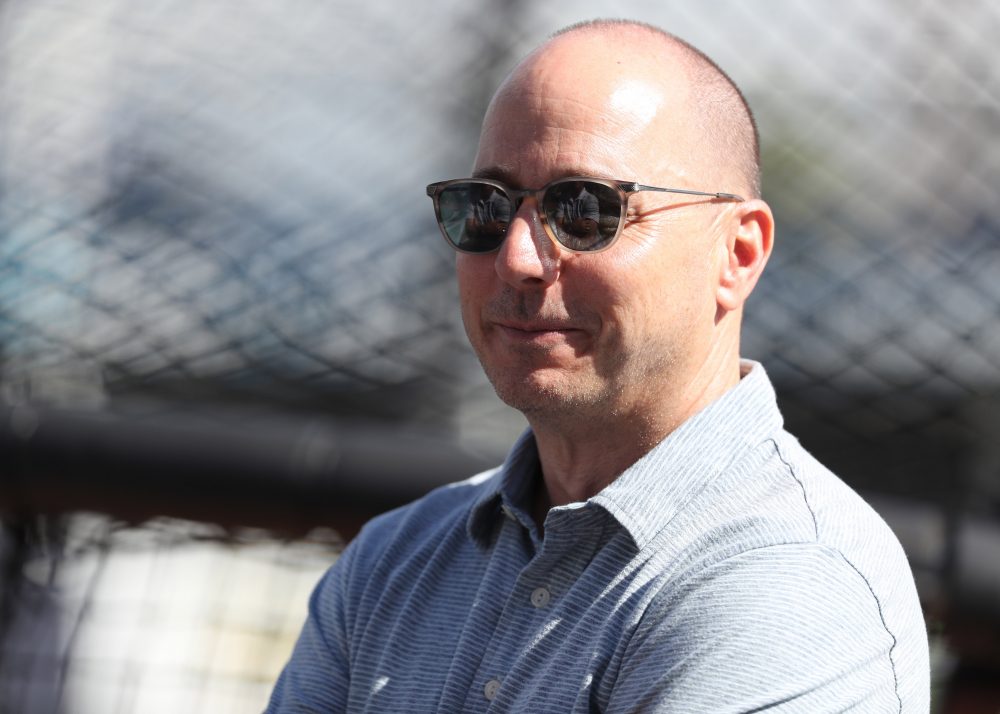 What’s better than one good pitcher? No, besides free health care and an unlimited supply of M&M’s. Two good pitchers. That may be the current line of thinking of the Phillies, per Jon Morosi. Though he says it’s “not likely,” the Philly brass have at least considered it, and it certainly does make a lot of sense.

The NL East is looking like it’s going to be relatively weak outside of Washington and New York, and goodness knows things have a habit of going south in a hurry for the Mets. The Phillies are overflowing with young talent, and there’s plenty more on the way. They’ve got a good chance to be good within the next year or two. Signing Jake Arrieta and Alex Cobb would certainly push their timetable up. If guys like J.P. Crawford and Jorge Alfaro get their bats going this year to go along with Rhys Hoskins, Carlos Santana and Odubel Herrera, the Phillies could be very interesting.

Again, this is an unlikely scenario. Arrieta and Cobb (and Lance Lynn for that matter) likely want to latch on with more overt contenders. Teams like the Brewers, Cardinals, Nationals and Angels probably have a leg up here. But if the Phillies can pull this off, they’ll instantly be one of the more fun teams in the league, and could kickstart themselves to a Wild Card berth.

The Yankees are thinking about adding another starting pitcher, according to Jon Heyman. New York seems to be looking for a bargain, which makes sense given their commitment to staying under the luxury tax threshold. They’re very close to the mark as things stand right now.

Aaron Boone’s rotation is actually pretty strong as things currently stand. You can do a hell of a lot worse than Luis Severino, Masahiro Tanaka, Sonny Gray, CC Sabathia and Jordan Montgomery. Montgomery can be optioned, so he’d be the odd man out should the Yankees make an addition. It’s just difficult to see a starter on the free agent market who can be had for cheap who’d actually be better than Montgomery. The tall southpaw is coming off a rookie campaign in which he posted a 3.88 ERA in more than 150 innings. The Yankees aren’t sending him to Scranton so that they can give the ball to Jeremy Hellickson every fifth day.

Unless Arrieta, Cobb or Lynn totally craters in their demands, this sounds like Cashman going big game hunting on the trade market. He certainly has the prospects to do almost whatever he wants. It’s hard to see the Rays moving Chris Archer within the division, and they’re asking the world for him. Would the Tigers trade Michael Fulmer right now? What about the Royals and Danny Duffy?

The saga of the juiced ball continued on Thursday, as 538 published another study of the ball itself. You should read the whole thing, but it seems in addition to what we knew about changes to the exterior of the ball, the core of the ball is now less dense. That alone isn’t a big change, but when taken into consideration with previous findings, it all sort of snowballs together to let the ball fly further off the bat.

Of course, some pitchers already knew that.

Been sitting on this… Exit velo and launch angle and it’s correlation to % chance of becoming a homer. 2014 vs. 2017 pic.twitter.com/UrfVVFVuJB

I don’t know man I got a memo in my locker that said “balls are the same. We said so. Bye.- MLB Science” So, I don’t know what to believe.

All I’m saying is I don’t care if balls are juiced (seriously). We’re all using the same ball so it’s a fair field. My issue is I don’t like being lied to. I knew something was different. Century old records are being broken and numbers are skewed.

I said it in ’15: when they swapped balls with Selig’s name on them to Manfred’s, they had the opportunity to alter every new ball being made & there seemed to be a difference. Does the change happen between ’14 & ’15?

MLB continues to deny any shenanigans. The evidence is mounting to the contrary, and the players seemed ticked off that they’re being so blatantly strung along by the league. One has to wonder why baseball is brushing this off when the truth is so obvious. What’s the win for them in this scenario?

It seems Rob Manfred and his pals in the league offices are just stubborn. I hope everyone’s looking forward to more home run records being broken this year.