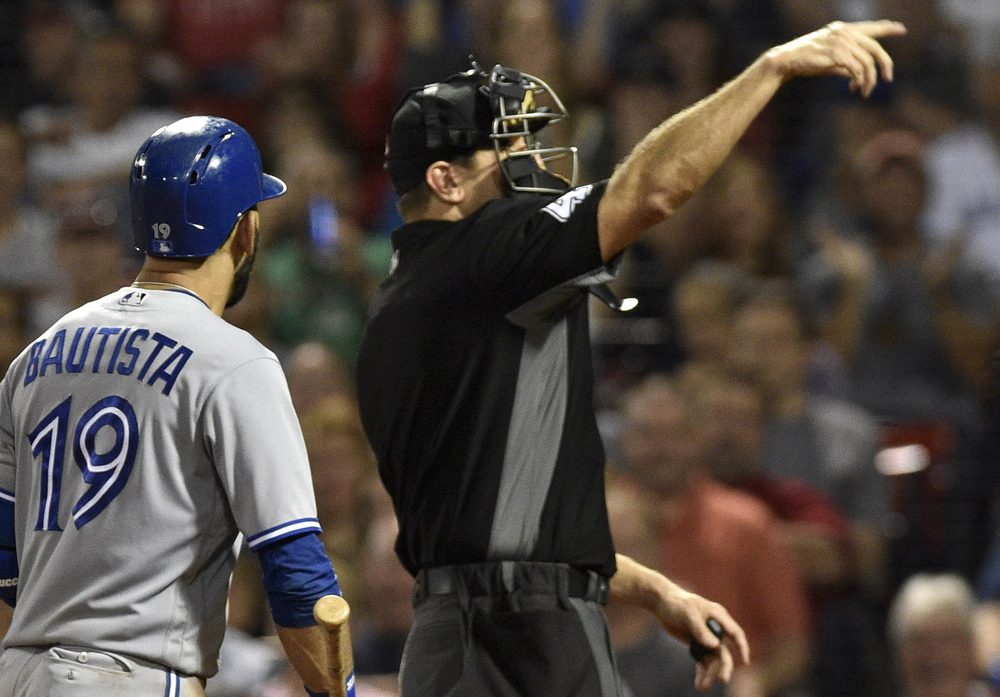 With all the talk about spring training starting with a large number of free agents still unsigned, it seems as if people have completely forgotten about Jose Bautista. Remember him? He likes to flip bats after big home runs and piss off baseball “purists.” Marc Topkin of the Tampa Bay Times reports that the 37-year-old slugger who had a rough 2017 campaign is interested in playing for the Rays. Bautista hit 23 home runs last season, but only batted .203/.308/.366 in 157 games.

Tampa Bay already signed Carlos Gomez and acquired C.J. Cron from the Angels, but Topkin writes that “it wouldn’t be a surprise if they seek another right-handed hitter who can play outfield.” He adds that “the longtime Tampa resident is said to be in great shape, focused, able to play corner infield spots, and keenly interested in playing for the Rays, presumably knowing it would be for a low salary.”

Free agent first baseman Logan Morrison, who last played for the Rays, is now a Twin. He agreed to a one-year, $6.5 million deal with Minnesota on Sunday. With escalators and a vesting option it could become two years and $16.5 million. Morrison had a career-year in 2017, improving his home run total from 14 in 2016 to 38. He also played a career-high 149 games with Tampa last season.

He spent the first four seasons of his career with the Marlins, who drafted him in 2005, before he was traded to the Mariners. He was traded to the Rays after the 2015 season. Morrison made $2.5 million last season, so the bump to $6.5 million is a nice one, but still well below the three years and $36 million that MLBTradeRumors predicted for the free agent first baseman at the start of the offseason.

Aaron Gleeman has a full Transaction Analysis of the Morrison signing, including what it means for the Twins’ lineup and specifically Miguel Sano.

At last, J.D. Martinez will officially become a member of the Red Sox. The team is planning to introduce their newest player during a news conference Monday morning. It took a little while for the signing to become official because the Red Sox wanted everything with Martinez’s deal to be on the up and up. Martinez signed a five-year, $110 million deal and took his physical at the Red Sox’s spring training facility last Wednesday. Of course, rumors swirled that something was wrong with Martinez’s medicals because there was a delay with the official announcement and because Martinez has an injury history.

His most recent ailment being a sprained Lisfranc ligament in his right foot at the beginning of last season. However, this isn’t the first time the Red Sox have done this. In December 2015, there were a few days between the announcement of David Price‘s $215 million mega-deal and his news conference.
Martinez, who hit 45 home runs in 2017, will be a big addition to a lineup that won 93 games and the AL East last season, if he can remain healthy.

And, no, Jake Arrieta still hasn’t signed yet.