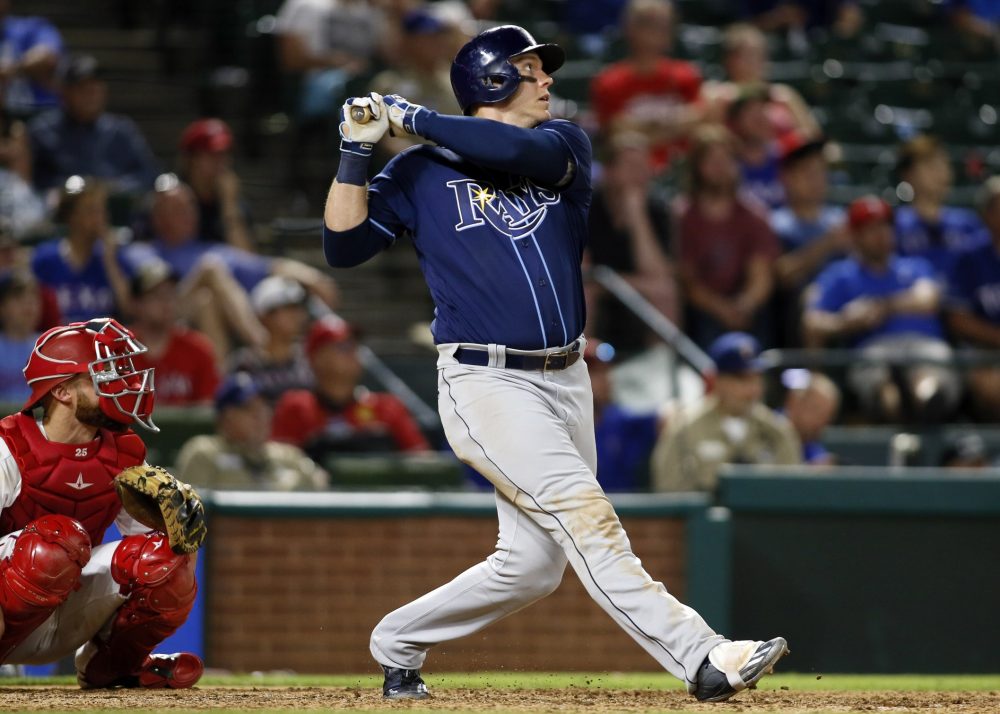 Logan Morrison is not a seamless fit for the Twins. Minnesota already has Joe Mauer at first base and Miguel Sano potentially at designated hitter if he’s not healthy enough to play third base following offseason leg surgery, plus Kennys Vargas, Robbie Grossman, and Eduardo Escobar as perfectly useful alternate DH options. At this price tag, however, Morrison doesn’t need to be a seamless fit. Or anything close, really. When a 30-year-old coming off a 38-homer, three-WARP season is available for just $6.5 million in guaranteed money, you sign him and worry about figuring out how to divvy up the playing time later.

Morrison was a two-time top-101 prospect coming up through the Marlins’ farm system and found early success in the big leagues, hitting .259/.351/.460 in 185 games through age 23. His development stalled from there, as he failed to crack a .750 OPS in any of the next five seasons and was a regular on the disabled list. That all changed in a huge way last season, as Morrison altered his approach at the plate, embraced the fly-ball revolution, and had a breakout year in Tampa Bay, hitting .246/.353/.516 with 38 homers and 81 walks in 149 games. He set career-highs across the board, including dramatically upping his fly-ball rate from 36 percent to 46 percent, which ranked fifth-highest in the league.

Given his mediocre track record, there’s plenty of reason to be skeptical about Morrison’s breakout. PECOTA isn’t quite a believer, projecting Morrison for 21 homers—although that would be his most since 2011—and the late signing date combined with the modest contract makes it obvious that no teams were willing to bet big on his 2017 performance being sustainable. That includes the Twins, who weren’t linked to Morrison until late February, but $6.5 million is merely a small bet on him being productive, period. Morrison was worth three or four times that much in his breakout season, and a worst-case, full regression to his pre-2017 level of play would still leave room for him to be a decent investment.

Morrison was not atop the Twins’ shopping list, but after a series of pitching additions—Jake Odorizzi, Addison Reed, Fernando Rodney, Zach Duke, Anibal Sanchez—they saw a left-handed power bat collecting dust in a discount bin and figured why not, tossing him into their cart. Skepticism is one thing, dismissing a 38-homer year is another. Last offseason, Mike Napoli ($8 million), Matt Holliday ($13 million), and Carlos Beltran ($16 million) were older hitters coming off much less productive seasons and inked bigger one-year contracts. Even in this slow offseason, Yonder Alonso ($16 million) and Mitch Moreland ($13 million) got two-year deals for twice as much. Morrison is coming off a career-year at age 29, yet Minnesota was able to add him for less than the going rate for middle relievers, with an inexpensive 2019 option included in the deal.

My assumption has been that the Twins would begin the year with Sano as the primary designated hitter and Escobar as the primary third baseman. If/when Sano proved capable of playing third base regularly again, they’d shift Escobar into more of a super-utility role that included being part of the DH mix with Grossman and Vargas. Morrison’s arrival is clearly bad news for Vargas, who’s now nearly superfluous, and even Grossman has less chance for a defined role unless the Twins want to live with his poor defense in the outfield. However, to get Morrison, Sano, and Mauer into the lineup together will require Sano playing third base, which is still very much in question.

If the Twins are able to trot out this lineup against righties on a consistent basis, they’ll ruin a lot of pitchers’ ERAs.

And between Escobar, Grossman, and backup catcher Mitch Garver there are some worthwhile mix-and-match options versus lefties, too.

No matter how manager Paul Molitor arranges the pieces, the path for Morrison being more than a bench bat has to involve Sano at third base. Unless, of course, it involves Sano on the disabled list or the suspended list, with Morrison taking his place as the primary DH. Sano’s status—coming off a major surgery, with his conditioning in question, and MLB investigating assault allegations—created the need for the Twins to have a backup plan in the middle of the lineup. Morrison fills that remarkably well at a remarkably low price, and if Sano can get back to playing a palatable third base then the Twins added even more firepower to a deep, talented lineup that led the league in second-half scoring last season.

You need to be logged in to comment. Login or Subscribe
John Collins
Thanks for another great and quick write-up, Aaron.
Reply to John
Anthony Worrall
That is a good looking lineup in a weak division (excepting the Indians, of course:) )
Reply to Anthony
soniceconomics
Didn't Morrison's numbers, up to age-26, look similar to what Vargas has accomplished thus far?
Reply to soniceconomics
Aaron Gleeman
Sort of, but I think it's a stretch.

Through age 26, Morrison had a 109 OPS+ in 1,844 PA and Vargas had a 102 OPS+ in 859 PA. So better production in more than twice as much playing time. Morrison is also a multiple-time top-101 prospect and his minor-league numbers were far better than Vargas'.
Reply to Aaron