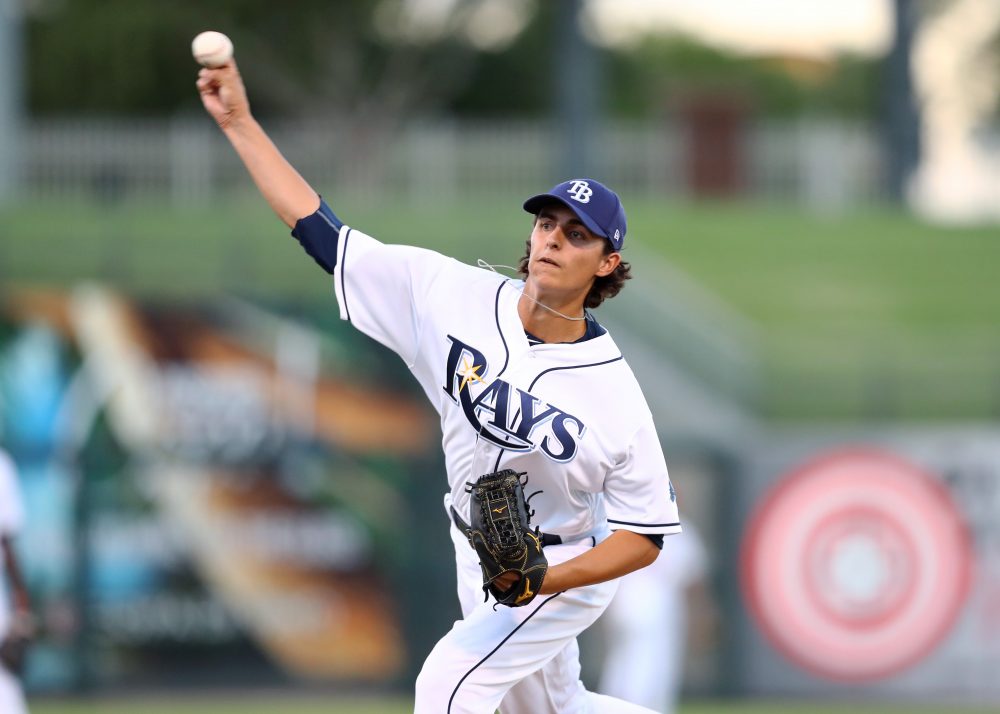 Rays fans, let’s just start with this: we’re sorry you have to deal with this crap. We really, truly are. It’s bull crap. There’s no good reason for it if your name isn’t Stu Sternberg. You shouldn’t have to watch your favorite players traded away (or DFA’d, even!) for no palpable result. You deserve better. You deserve a better stadium, a better philosophy. You deserve better.

This was supposed to be the year we finally met Honeywell on the national stage. Even if the screwball prowess is more smoke than fire, the kid is good. Talent is good. We want talent in the game, especially in places like Tampa. We want to know what the hype is about. We want to watch Brent Honeywell do his thing.

Julio Pablo Martinez is the latest Cuban super-prospect to make the stateside jump, and it seems that the Rangers are emerging as the favorites to sign him. The fit makes sense given all of the international bonus pool money Texas has left over from their ill-fated pursuit of Shohei Ohtani. The Yankees and Mariners have also reportedly been involved, but the Rangers have the cash to get the deal done as soon as Martinez is eligible to sign on March 6.

Texas has a lot to like about the kid. Martinez is 21 and is something of a great example if you want to know what “he looks good in the uniform” means. The left-handed power swing is gorgeous, and he can run too. Power and speed are a sexy combination for a reason. If Martinez can hit for decent average on top of that, he’s going to be quite a player.

That’s all a bit of a ways away, but Martinez isn’t going to be starting out in rookie-ball, either. The Rangers always seem to have fun with athletic outfielders with big bats, and it’s not hard to imagine a scenario where Leody Taveras and Nomar Mazara are camping out in the Arlington grass with Martinez. A lot can change between now and March 6, of course. And prospects, as they say, will break your heart. But this would be a good job by the Rangers if they can get it done.

We leave you with some indy ball news. Jose Tabata is going to play with the York Revolution, the reigning Atlantic League champs. Some notable figures to play in the league last year included Marc Krauss, Alberto Callaspo, Jonathan Albaladejo, Alfredo Simon, and Kyle Drabek.

If you’re not familiar with it, the Atlantic League is generally regarded as one of, if not the best indy leagues, and it’s worth getting to a game if you can make it. It’s often used as a springboard back into affiliated ball for guys like Tabata. Whether anyone will actually give him a call is another thing. It just hasn’t worked out well for the former top prospect.

No, Jake Arrieta hasn’t signed yet. Go about your business.