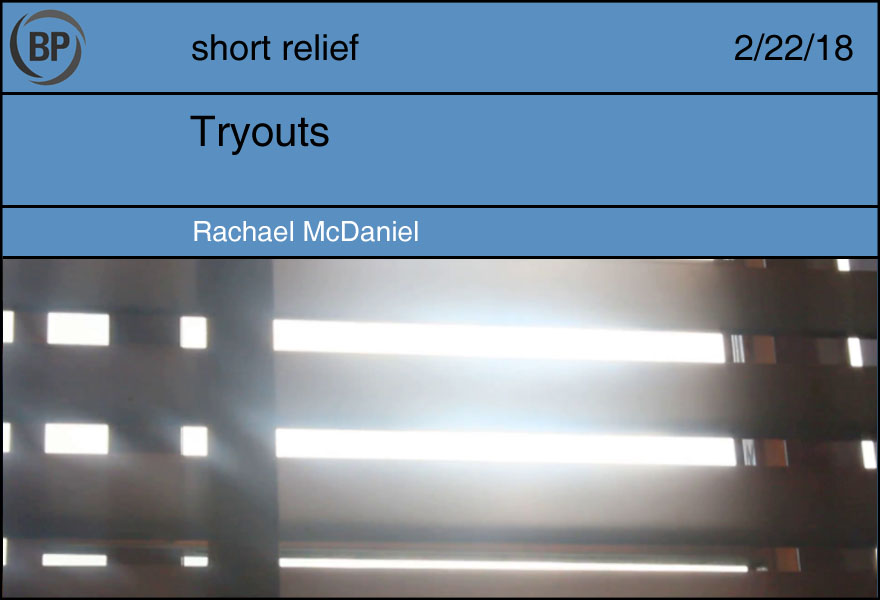 You are 10 years old, and it’s Tuesday, and your little league tryouts are on Thursday, and you are sick. It’s the middle of February. One holiday Monday off school was enough for your body’s defenses to relax themselves a bit too much: You woke up with your stomach twisting in knots, your head throbbing, your limbs heavy and sore. The next morning comes and you still feel just as bad, if not worse, despite the fact that you spent all of yesterday lying in bed, thinking about all the fun things you were missing out on doing. The sun peeks through the drawn blinds of your room.

You want to go to school today. You have to. Your friends will miss you; you have choir practice. Most importantly, if you can go to school, that will mean you’re fine, and you’ll be fine tomorrow, and you’ll be fine on Thursday. But your mom says no. You plead. You say that it’s only on the inside that you feel bad— on the outside, you’re perfectly fine. She still says no.

So Tuesday passes like Monday: You lie in bed, your unhappiness heavier on you than the sickness itself, wishing you were elsewhere. Every hour that goes by with you still being sick is another hour closer to the tryouts, and your anxiety rises. You want to go outside and throw something and hit something and enjoy the sun, still shining through the blinds, even brighter than yesterday—when was the last time there were two days of sun together? You fall asleep watching pitching tutorials on Youtube, a digital equivalent of a book under the pillow. You have decided to become a knuckleballer.

You wake up on Wednesday morning fully expecting to be healed. And for the first few moments after you open your eyes, you feel fantastic. Then you try to leap out of bed. The room spins wildly around you. You steady yourself, clench your jaw, get dressed for school. Slowly, piece by piece. You try to remember what homework you were supposed to have done by today, and you can’t, so you just grab every piece of paper you can see and shove it into your backpack.

There is a knock at your door, then the sound of it opening. It’s your mom. She asks what are you doing. You say you’re going to school. She walks over and lays a cool hand on your forehead and says oh no you’re not. You say yes you are, with as much force as you can muster. She shakes her head—oh no you’re not. Put your bag down, go back to bed, I’ll bring you some ginger tea.

And as much as you don’t want to, as much as it makes you feel like a stupid little kid, you are about to cry. You ask your mom, voice shaking, if you’ll still be able to go to baseball tomorrow. She sighs in a way that means no, even more than saying the word “no” would, and goes to make your tea.

Defeated, you crawl back into bed, and allow yourself to shed a few small tears. There will be a makeup tryout next week. It’s flu season, after all, and surely at least a few other kids were struck down by illness. But it’s not the same. It’s not fair. You waited all winter for tomorrow, and now it’ll be just another day you spend in bed.

There is still some sunlight creeping in through your window. You close your eyes and visualize your knuckleball. 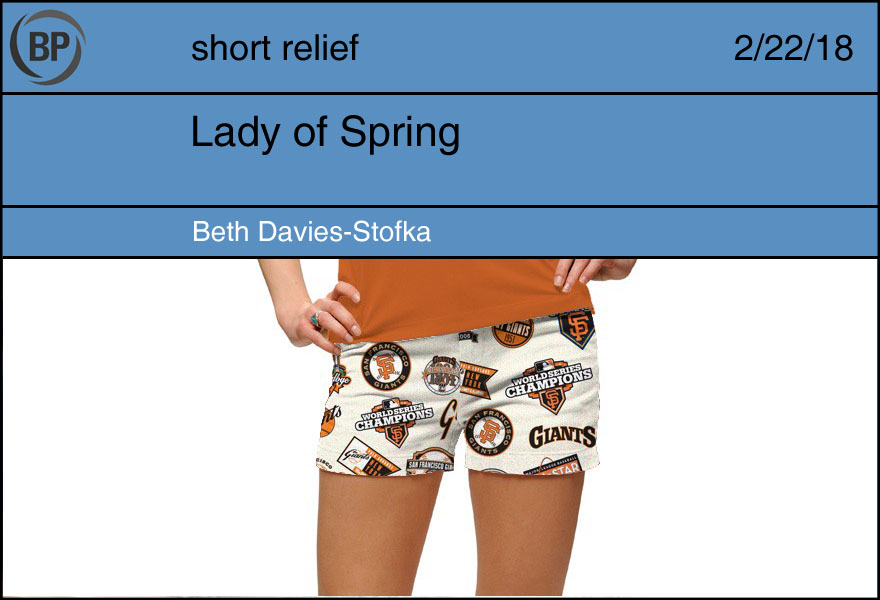 I really enjoy watching Joe Smith pitch. I first noticed him during a televised Cleveland game in 2013, and sat down to watch him closely because there was so little to see. Smith defines the thrifty pitch. One little tap of his left foot, and then he steps and throws. His right leg swings around and he lands square and light, ready to field the inevitable comebacker.

There is nothing dramatic about Joe Smith’s mechanics. There is no fanfare. There’s almost nothing memorable. He simply does the job. Catcher Chris Iannetta called his side-arm slider “a boomerang.”

At spring training in 2015, I was at Tempe Diablo Stadium watching Smith pitch against the visiting Giants. I had an aisle seat in Row H, Section 10, fairly close to the field and seemingly closer to the sun. It was hot and it was in the later innings, so if Joe Smith hadn’t been pitching I might have wandered off. I might have missed the main event.

Behind me sat two fathers with their two sons. Both boys, eight years old in Angels caps, had been holding their mitts at the ready, but the torpor of the day had begun to set in. They were wilting.

Then the most extraordinary sight came up the stairs, a small woman in short-short Giants hot pants and a tight black tank top. Between the attire and the corresponding self-confidence, every eye in Sections 10-11 shifted to her. Nothing about Joe Smith’s quiet work could have held our attention.

She stopped at the row behind me and said to the two fathers, “My friend and I are sitting down there and we’d like your boys to come and sit in our seats for awhile.” Permission obtained, the boys followed her down the steps and she sat them directly behind home plate.

Then she took one of the seats vacated by the boys. Her friend, she explained, was off getting game balls and would be along soon. She chatted away, warm, brassy, and unpretentious, while two little boys enjoyed the game from the two best seats in Tempe Diablo Stadium.

After two innings another woman joined the boys and gestured up the rows to her friend. Those hot pants went back down the stairs, retrieved the boys, brought them back to their fathers, and gave each a game ball. Stunned, they just held those balls in their mitts with wonder, occasionally flashing grins at their dads. The two women went back to watching the game.

Yes, her hot pants were too short. Her platform shoes were too high. Her nails were too long. Her sunglasses were too showy and her hair was too frosted. Her head was held high and her heart was bigger than the franchise she so obviously loved. And she was one of the classiest women that I’ve ever seen.