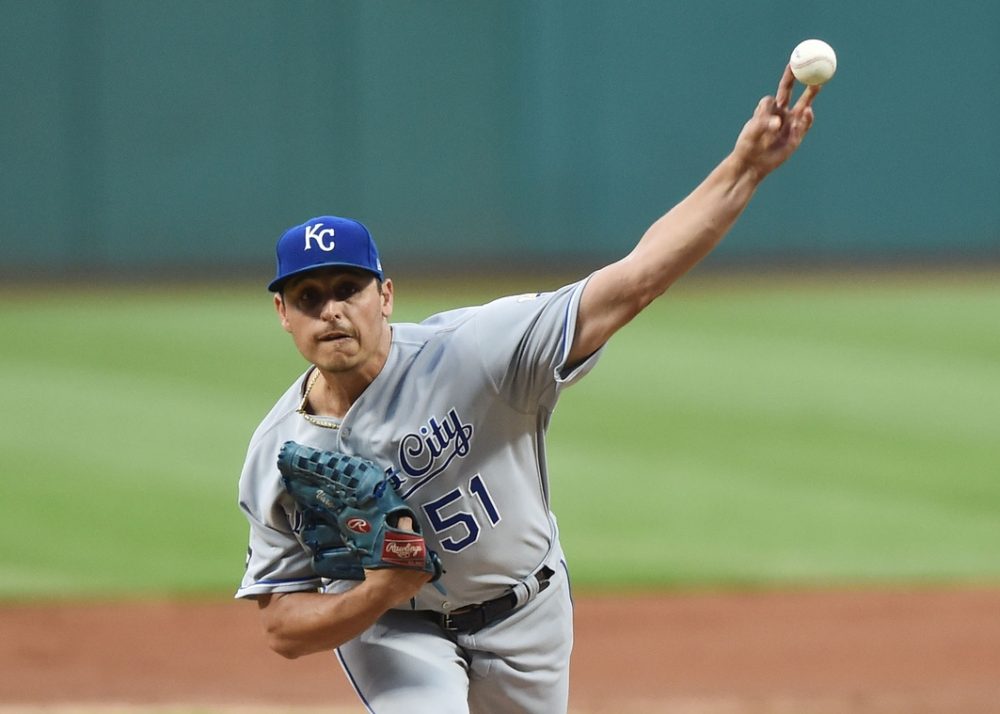 In season three of Breaking Bad, conscientious fixer Mike Ehrmantraut gives villainous drug dealer Walter White a graphic lecture on the risks of half-measures. It’s one of the most famous moments of the show, a long speech about the moral hazards of Ehrmantraut’s time as a beat cop in dealing with serial abusers, and trying to do the right thing when you may only have the means or will to do it partially.

Signing Jason Vargas is a half-measure.

The Mets enter 2018 with one-and-a-half starters who are both reliable and good, and it’s a positive that they’ve identified that as an issue instead of putting their fingers in their ears and pretending it’s still 2015. You can probably count on Jacob deGrom to make 30 good starts as much as you can count on any pitcher. Noah Syndergaard’s 2017 injuries were just freaky enough to not be too worried over, but he did only pitch seven times last year.

After that, Matt Harvey has been arguably the worst starting pitcher in baseball over the past two seasons, Zack Wheeler was last healthy and good at the same time in the second half of 2014, Steven Matz has a career-high of 132 1/3 innings and was terrible last year, Seth Lugo is pitching on a partially torn UCL and might fit better as a reliever anyway, Robert Gsellman backed up to the back-end starter or good reliever projection he once carried instead of the no. 2 starter projection he had entering 2017, and Rafael Montero just generally kind of stinks.

That’s not a group that’s any sort of good bet to give you the 600 or so decent innings they’ll need to for the Mets to seriously contend, and throwing Vargas in might reduce that number to closer to 400 if things work out well. Which is a slightly better bet, but still not a good one. Vargas, now slotted in as the no. 3 starter, is usually pretty close to third-starter quality when healthy, and he was a little better than that on the whole in 2017. He’s not always healthy—most of his 2015 and 2016 seasons were wiped out by an elbow injury that ultimately required Tommy John surgery—and PECOTA actually sees him falling off a cliff into sub-replacementness in 2018.

If you want to believe in that negativity, he went from one of the AL’s best pitchers in 2017’s first half to one of the AL’s worst in the second half. Then again, those types of splits aren’t necessarily the most predictive, and his overall campaign was still pretty good: a 4.16 ERA, 3.83 DRA, and 3.5 WARP. He’s still thriving even with Jered Weaver-esque velocity because he’s a lefty with one of the majors’ best changeups and high-end command; at his age, any of those things could go at any time, or he could keep on keeping on for years. The Mets have made a relatively inexpensive bet that he’ll survive two to three more years without imploding in a barrage of homers. Given that even one season at 2017 quality would make the entire contract worthwhile, it’s a bet that on its own is a more-than-reasonable play, especially moving back to the NL. It all makes sense, right?

It does and it doesn’t. The issue isn’t that the Mets signed Vargas, per se, it’s that they signed Vargas instead of signing Yu Darvish, Jake Arrieta, Lance Lynn, or Alex Cobb, when they could’ve signed Vargas in addition to one of the top-tier starters. With few other plausible ways to upgrade any spot 3-4 wins in one shot, to truly position themselves as contenders, the Mets really needed to add someone to the deGrom and Syndergaard side of their pitching ledger. They also could’ve benefited by gaining more stability on the back side with a Vargas-type cheapo deal, but that’s a separate issue. Vargas is purely the latter; there’s just no realistic chance that a 35-year-old crafty lefty with a steady history of being decent-to-good but never great is suddenly going to be a high-end stud.

The Mets have done a perfectly adequate job of playing the market and filling holes with solid MLB players on affordable contracts this offseason, and Vargas is a continuation of that trend. It’s better than many teams have done, but in true Mets fashion, they’re pretending they’ve done much more and are requesting kudos for being a big, active spender. In actuality, they’re still cutting payroll slightly from 2017’s middle-of-the-pack levels, not signing any player to a deal above $39 million, and not reinvesting the annual David Wright insurance windfall.

Instead, once again they’ve used funny accounting to puff a theoretical Opening Day payroll number to $150 million—a number that’s still almost $40 million under the luxury tax—and declared the job done, after throwing in some leaks to justify signing Vargas about how they just couldn’t afford to lose a second-round pick to sign a compensation free agent with one of the worst farms. This requires actively ignoring that you can now trade or buy a competitive-balance pick before or after the second round under the current CBA to make up for the loss of that second-rounder, and that the value of those competitive-balance picks on the trade market is far from prohibitively high. It really ignores that Darvish didn’t require compensation at all because he’d been rented out to end the season, but then again the Mets were always going to find some reason not to sign Darvish, even as cheaply as he went to Chicago’s North Side.

Are the Mets better than they were coming into the offseason? Of course. Yet PECOTA still projects the Mets to be eight games out of the division and four out of the second Wild Card; within plausible range of contention, but needing a good chunk of performance or health luck. Since the Madoff incident, the Mets have specialized in building average-looking teams around known quantity veteran bargains—half-measures just like Vargas—and hoping they could luck into things going right enough to reassess around the deadline. This strategy isn’t without some merit, and it worked splendidly in 2015 and somewhat well in 2016. But they’ve crapped out in every other season, and the clock is ticking fast on the core of underpaid young talent that has made this strategy viable at all.

You need to be logged in to comment. Login or Subscribe
Matthew Stupp
Which was the better signing, Vargas at two years, $16M, or Jaime Garcia at one year, $8M?

I respect Sandy Alderson and think he's more than competent, but I think his selling the Wilpons' kool-aid has been worth of more scrutiny for a few years. The Wilpons' legal embezzlement is the elephant in the room in pretty much any story about the Mets. There's no reason, besides penny-pinching, that the Mets shouldn't be signing players like Darvish and give themselves a real shot at the division title- not merely an outside shot at a wild card.
Reply to Matthew