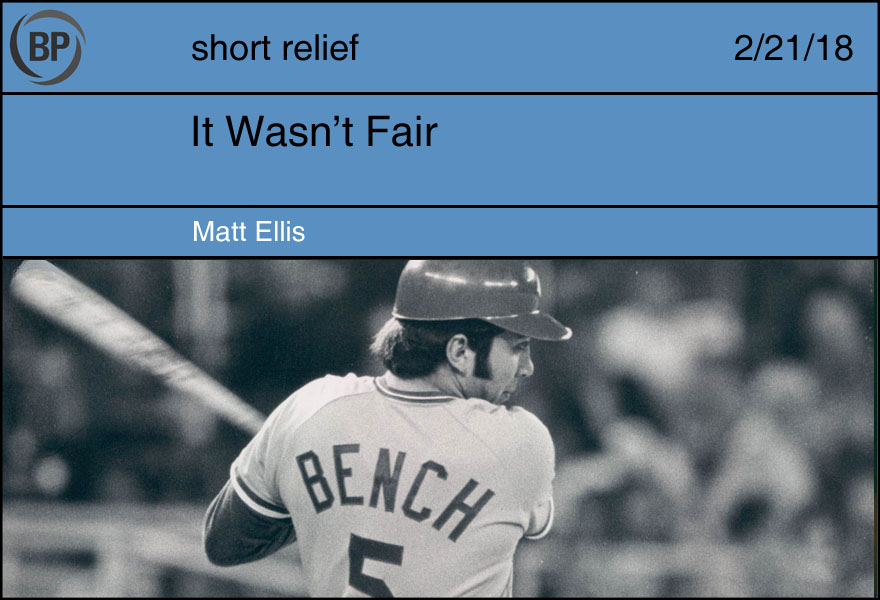 It wasn’t fair. Johnny Bench hit 40, and Pete Rose was at .300 the entire year. She knew this, she knew this in part because it’s what the newspapers said, but it’s also what was on the back of the card she got from Clark’s, when her mom let her pick out one item under ten dollars and it wasn’t a dress.

It wasn’t fair. She knew that monster Christa hadn’t seen the numbers, but its not like the bully in your new town needs statistics to publicly shame you. Sure, nobody understood the Twins, or something. Big Red Machine. No, instead the Reds “choked” in October, on pace to miss the playoffs altogether come Fall of ‘73. She was thirteen, Ken Griffey was twenty-three. Bench, one of the best players in the entire game, took home a whopping $115,000. It wasn’t fair.

Still, she remembered how close they came in 72, and somehow, years before the atomised quantification of every elbow twist and first-to-third rate, the golden age was palpable, evident.

Later that night she tried to tell her father how this spring was really going to mean something, that Johnny was going to hit another 40, and that Griffey kid was ready to stand in the spotlight. She didn’t quite understand why he was so glued to the television, those old men with glasses and rhodic accents talking about that place far away in the Pacific, at once unthinkable and yet constitutive to her midwest universe.

She didn’t know that January of 1973 would be one of the most consequential months of the twentieth century, and yet, in another way, she did. She knew that the Big Red Machine had to build off the progress they made in 1972, and she knew that it was only a matter of time until they added that last and final piece. And yet, it wouldn’t come in 1973, and in a way, it wasn’t fair, it really, truly was not fair.

Later, that October, she would realize there were things larger than baseball unfolding before her eyes, as youthful eyes gave way to teenage apprehension of a world larger than she had ever known. It wasn’t fair, really. But 1975, of course, had yet to be written. 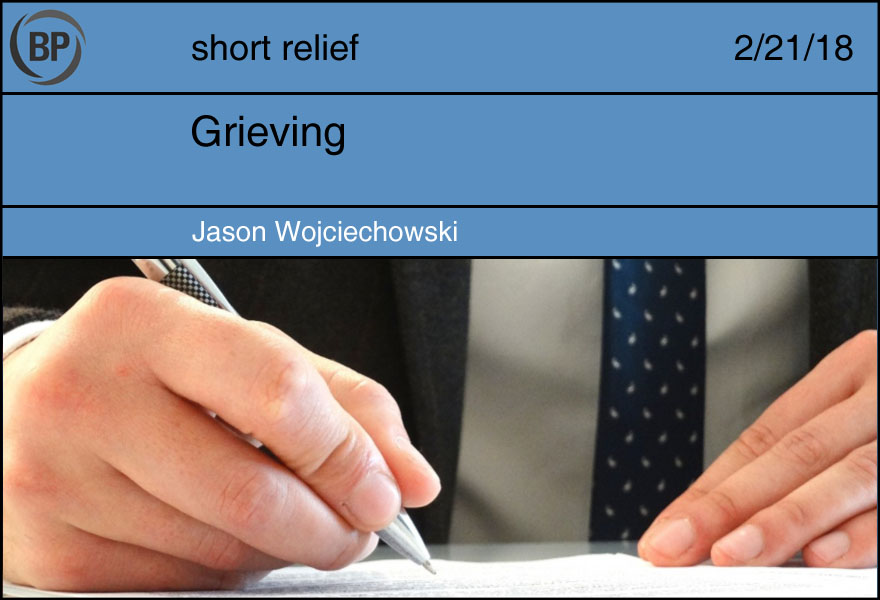 I recently wrote a paper about the concept of “soliciting grievances” in labor law; what follows asks what would have happened if I did that while watching a sleepy midafternoon Rangers game.

Of course, the Texas Rangers exist in their larger context, and it is surely relevant whether an alleged solicitation of grievances might be considered a commonplace greeting, but MLB just as surely wades into difficult terrain if it, an entity in both its investigative and ballplaying arms made up significantly of attorneys and thus persons ensconced in a white-collar professional universe, applies its own understandings of what balls and strikes mean instead of drawing conclusions from evidence about what Robinson Chirinos would understand them to mean. Class-based linguistic differences are only the beginning of the problem; people speak to each other differently depending on geography, race, gender, sexuality, national origin, language, age, and a host of other identity- or interest-based factors. Add to all that a patina of workplace lingo and it is clear that whenever there is doubt about whether Rougned Odor crosses the line into a violation, that doubt should be resolved by reference to how Nomar Mazara speaks in the particular workplace, and what layers of meaning are embedded, picked up by Doug Fister, even if by few others.

In short, then, Juan Centeno got it right in finding that a “how are things going?” statement, uttered by someone who was a relative stranger to Bartolo Colon, in the context of an organizing campaign in which Joey Gallo was a leader, and after Keone Kela had raised complaints to Alex Claudio, was a solicitation sufficient to raise the inference of an implied promise of remedy.