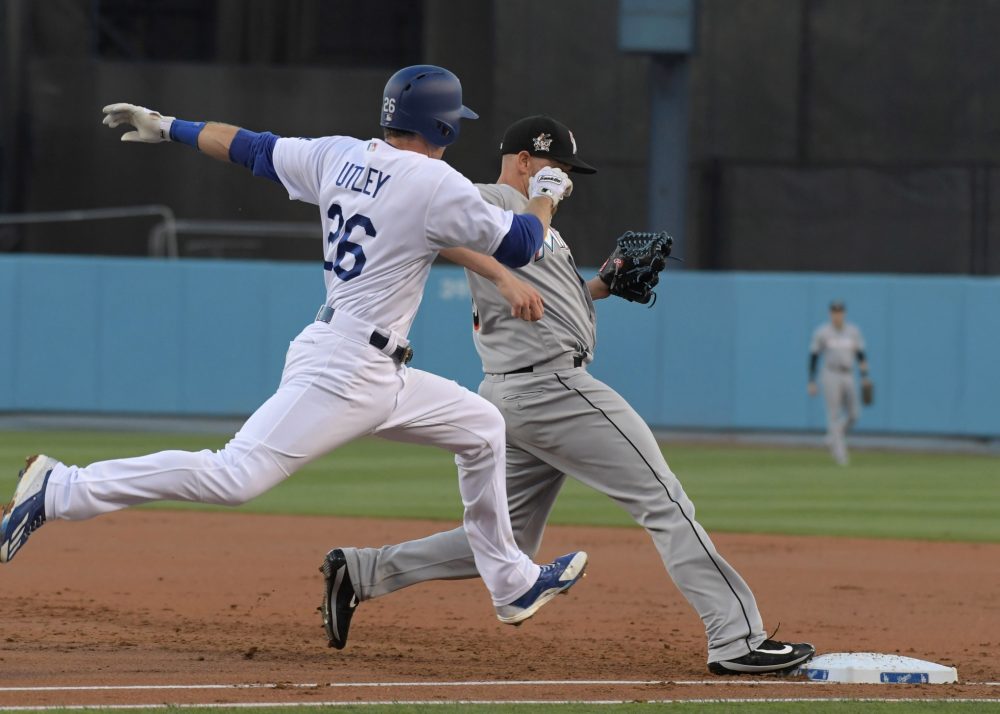 If you weren’t already convinced that the Dodgers are going to stay under the luxury tax, this might be the final indicator. Instead of trying to land Eduardo Nunez or even Neil Walker, Los Angeles looks to a veteran they know well to fill the gap at second base at an incredibly low price, even for this offseason. Chase Utley will barely make more than the league minimum, but the Dodgers have committed to retaining him into his age-40 season with this new contract. They’ll hope that he’ll continue to decline slowly as he crosses over the hill, because if he can hold onto his skills, he’ll be a workable part-time player just like he was last season.

As a part-timer, Utley still can bring his signature skills to the table. When facing right-handed pitchers last season, he proved that he still has a stellar approach and a touch of power. His True Average was .268, which is above average for all hitters and more than good enough for a second baseman with average-ish defensive chops. (The fact that Ultey is able to rate as “average-ish” at his age is a testament to just how good he was as a younger man.) If you could expect a return to last season’s form, you’ve got half of an average second baseman, but it’s not that simple. We’re now entering the vet’s age-39 season, and the end is nigh.