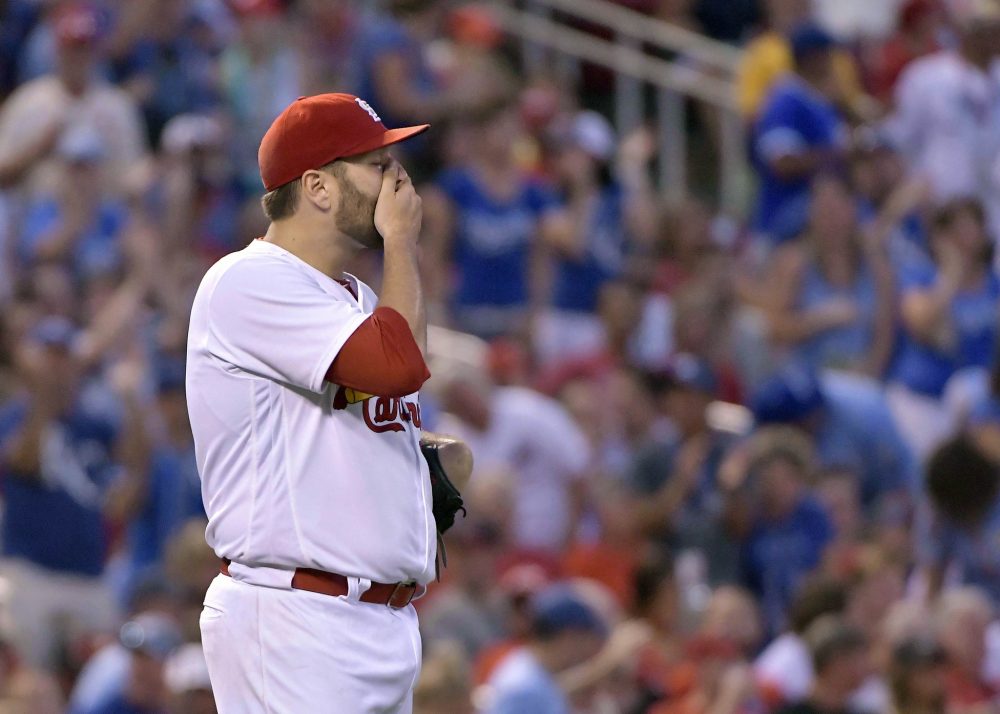 I was never a camp kid. I did day camps at my local YMCA for a few summers, but I never went to sleep-away camp. I never wanted to be away from my friends or, admittedly, my hamster. And I was always weirded out by group bunks. I was a dweeby kid who didn’t like being called out on being a dweeb. There were certainly plenty of camps for dweebs, but home I stayed.

Sleep-away camp wasn’t my jam, but the friends I had who went usually loved it. It became an ethos. They were camp kids, and camp was what they did during the summer. They wore their camp shirts to school and talked about their bunkmates and how they totally kicked Cabin C’s asses in geocaching. It’s bonding of the highest order.

I’d imagine there’s a component of that to spring training, probably even more so considering that these guys spend the better part of the year in the same dugouts, locker rooms, buses, and planes. They spend more time together than family. For free agents and guys on the rise in the minors, it’s also a sense of security in having a job. That’s something that’s been missing for a lot of players this winter.

There have been rumblings that spring training camps would be set up for the numerous free agents still on the market, and multiple reports say that it’s definitely happening. Ken Rosenthal says that the camp will be at IMG Academy in Bradenton, Florida, which is one of the bigger amateur athletics training sites in the country. Camp will be led by longtime big-league coach and manager Bo Porter. Scott Boras clients will reportedly not be taking part in the camp, and will instead be training at Boras-owned facilities.

The fact that this is happening is huge, and the importance of it cannot be overstated. It’s a major show of solidarity from the players, and speaks to just how ridiculous this year’s market has been. There are numerous impact players still out there looking for jobs. We can argue about the root causes of it all until our throats are dry, but there is clearly something very wrong with the economics of the game. This is a step in the right direction for the players, and it’ll be a fascinating thing to watch.

Lance Lynn has offers in hand from a number of teams, according to Derrick Goold of the St. Louis Post Dispatch. Lynn isn’t someone we’ve heard a ton about this winter. Much of the pitching speculation has centered on Yu Darvish for understandable reasons, but Lynn is someone who can provide a lot of value.

Above all else, Lynn can eat innings, and do it while pitching quite respectably. When healthy, he can give you close to 200 innings in the middle of a decent rotation, or toward the back of a good one. Teams need pitchers like him. He’s not the sexiest potential acquisition, but there’s a lot to be said for handing the ball to Lynn every five days instead of a faceless Quad-A type.

It’s why he makes a lot sense for teams like the Nationals, Mets, Twins, and Cubs. They need innings, and don’t have an overwhelming amount of depth to play with. They don’t need a guy to anchor the rotation. They need someone to fill it out and put some meat on its bones, and Lynn is that sort of pitcher.

The Braves, Yankees, Rays, and Red Sox are the teams in on Eduardo Nunez, per Jesse Sanchez of MLB.com. The list certainly makes sense. The Braves need a third baseman, the Yankees have two gaping holes in the infeld (albeit with two rather impressive infield prospects waiting in the wings), the Rays need a righty bat and a warm body in the infield, and the Red Sox would like an insurance policy for Dustin Pedroia and Rafael Devers that isn’t Deven Marrero.

Nunez would probably like a chance to start for as many games as possible, so the Red Sox look like they’ll have a hard time given that Pedroia will be back from surgery at some point soon. The Rays likely have the greatest need and the clearest path to playing time for Nunez, who may get forced to the bench in New York if Gleyber Torres and Miguel Andujar force the issue. And the Braves have Austin Riley knocking on the door.

It’s not hard to imagine the Rays giving Nunez two years at the cost of a slightly lower yearly salary. And, quite frankly, he’s a bit more pop away from being a Very Rays Player Indeed. If only he’d come up in the Seattle system.

You need to be logged in to comment. Login or Subscribe
jnossal
The Lynn and Darvish stories (JD Martinez, too) illustrate a fact that is often overlooked, that many of the so-called orphan free agents do in fact have offers from teams, often multiple offers. The players have simply chosen not to accept those deals. That's just bargaining and all well and good, but that aspect shouldn't be ignored when questioning the slow signing pace this year.
Reply to jnossal