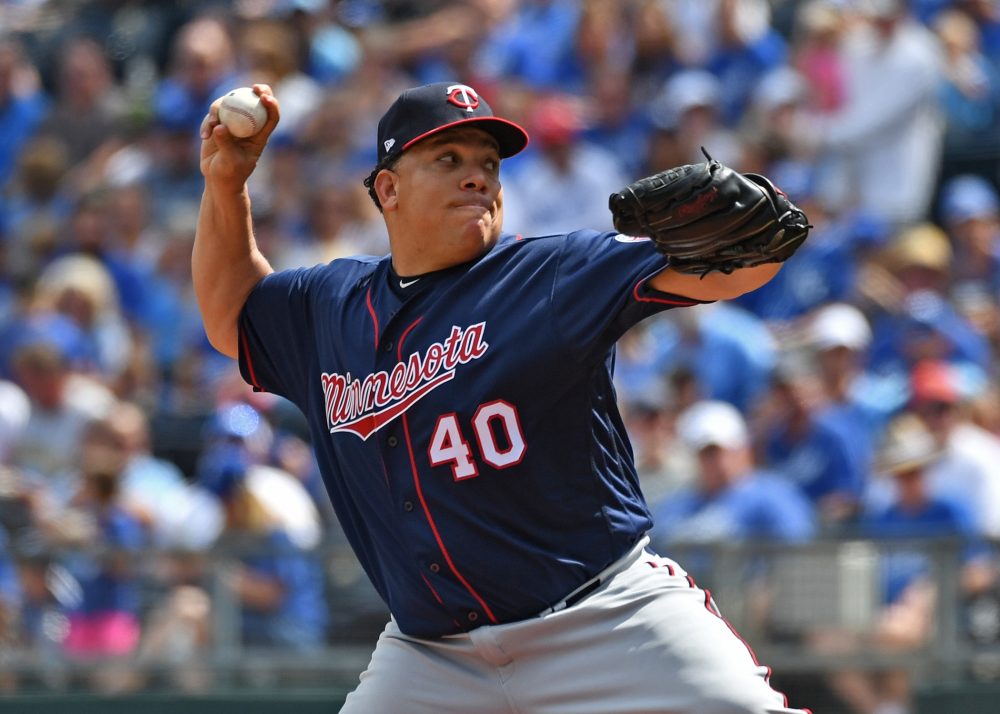 The biggest news on Sunday wasn’t the Super Bowl, it was Bartolo Colon signing a minor-league contract with the Rangers. Evan Grant of the Dallas Morning News reports that the 44-year-old Colon will get $1.75 million if he makes the major-league roster, and Jeff Wilson of the Fort Worth Star-Telegram reports that Colon will have the chance to earn up to another $1.25 million in incentives.

Colon is coming off the worst campaign of his two-plus-decade career. The righty split time between the Braves and the Twins, compiling a record of 7-14. He posted an 8.14 ERA in 13 games with the Braves and a 5.17 ERA in 15 games with the Twins. If Big Sexy makes it to the majors with Texas, the Rangers will be his 12th team overall in a career that has spanned 22 years. He debuted with the Indians way back in 1997.

The Orioles still need starting pitching and according to Roch Kubatko of MASN, right-hander Drew Hutchison is “on their radar.” Hutchison was outrighted by the Pirates last September and became a free agent, but he hasn’t pitched in the majors since 2016. He spent last season in Triple-A Indianapolis, where he was 9-9 with a 3.56 ERA. Hutchison has pitched in 82 major-league games total, and during that time he went 30-21 with a 4.93 ERA, but the Orioles are familiar with him from his time with the Blue Jays.

Hutchison had surgery on his right elbow in 2012 and missed the 2013 season. Right now the Orioles’ rotation is basically just Dylan Bundy and Kevin Gausman, so they need to move fast if they want five pitchers to complete that group by March 1, which is the date front office boss Dan Duquette told reporters was his deadline.

The Cardinals, who were looking for third base help, will more than likely use Matt Carpenter and Jedd Gyorko there instead of signing any free agents, even though it looked like they were in on players like Manny Machado and Josh Donaldson.

Jorge de Jesus Ortiz of the St. Louis Post-Dispatch reports that the team has informed Carpenter that he will fill a super-utility role. This means free agent third baseman Mike Moustakas, who has already been shot down as a target by the Mets, won’t be signed by the Cardinals either. But Moustakas shouldn’t feel that bad: He’s one of 10 unsigned third baseman still available.

The friction between the players and the owners seems to be getting a bit testy. So much so that the MLBPA shot down any rumors of a possible boycott of spring training. Union head Tony Clark issued a statement via Twitter, which stated: “Recent press reports have erroneously suggested that the Players Association has threatened a ‘boycott’ of spring training. Those reports are false. No such threat has been made, nor has the union recommended such a course of action.”

On Friday, prominent agent Brodie Van Wagenen posted a statement on Twitter that seemed to suggest that players were willing to boycott spring training, and he even seemed to accuse the owners of collusion.

J. T. Realmuto let the Marlins know that he wants to be traded before the start of spring training. The 26-year-old catcher lost his arbitration hearing on Friday, which means he’ll be paid $2.9 million rather than his $3.6 million request. According to Barry Jackson of the Miami Herald, Realmuto’s agent Jeff Berry claims the hearing had nothing to do with him wanting to be traded; he was going to ask for a trade whether he won or lost.

As I wrote last week, Realmuto was linked to the Nationals, but nothing has come about. Realmuto is becoming one of the better catchers in baseball and batted .278/.332/.451 with 17 home runs in 2017. Right now, it looks like he’ll stay put for the time being.