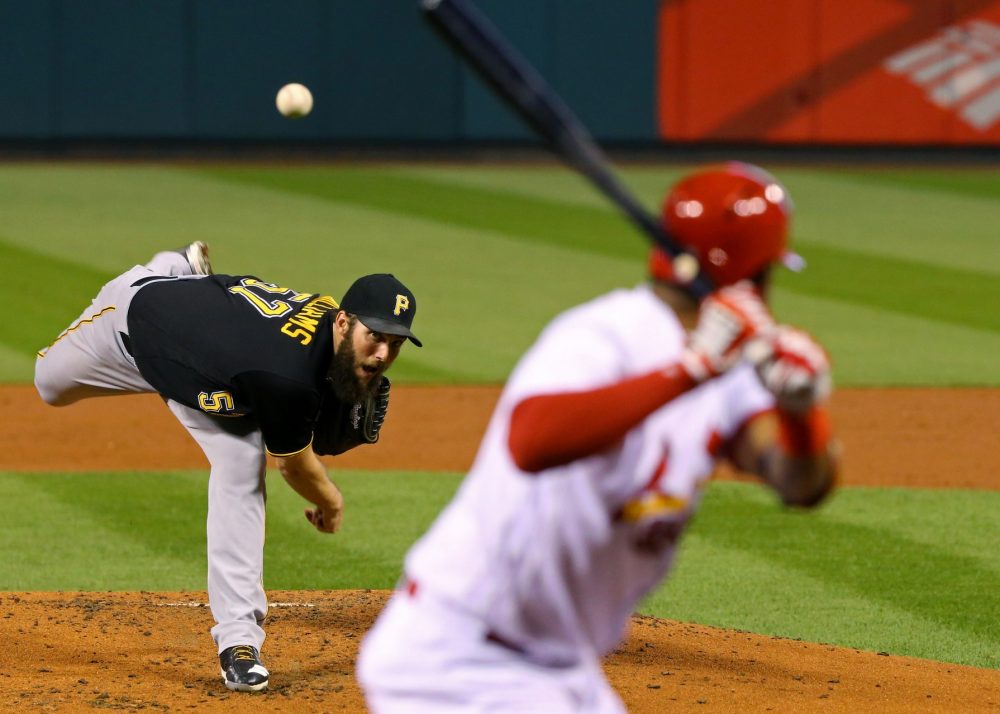 Jon Heyman of FanRag Sports reported something startling on Monday night. It’s likely to go largely unnoticed, but it shouldn’t. According to Heyman, Jeff McAvoy and Mike Berger have officially taken positions with the Dodgers and Brewers, respectively. McAvoy and Berger are recently fired Marlins executives, joining Marc DelPiano and Jim Benedict on the list of guys who have moved on to greener pastures after being cast aside by Miami’s new ownership and baseball operations group. According to Heyman, all four executives were on backloaded five-year contracts (of course they were), so the Marlins will now pay the quartet something north of $7 million to work for other teams over the next few seasons.

That report shines a glaring, unforgiving spotlight on the price the franchise paid (and will continue to pay) for Benedict, who is now with the Cubs. It’s galling, on its own, that he’ll draw seven figures in salary from the Fish while working for one of the league’s best teams, but the Marlins actually traded for Benedict. They gave the Pirates right-hander Trevor Williams in November 2015, in a trade for a player with no value whatsoever, as compensation for hiring away the Bucs’ minor-league pitching coordinator and special assistant to general manager Neal Huntington.

Pitching coach Ray Searage gets the hype, but Benedict was vital to the Pirates’ successful pitching evolution in the first half of this decade. Perhaps, had he been brought into a supportive, forward-thinking, and stable organization, Benedict could have made that trade worthwhile. As it stands, he was shown the door without cause, and will now bring whatever guru powers he has to the table for just that kind of franchise in Chicago.

Meanwhile, Williams has blossomed into something that would make the trade for Benedict hard to justify even if he had stuck around and turned Miami into a well-oiled run-prevention machine. I wrote the Pirates’ player comments for the 2018 Baseball Prospectus Annual (which will ship soon!), and during that process I became disenchanted with Searage. He’s famous for espousing the sinker that runs inside to same-handed batters, but that approach is becoming a box into which he stuffs many pitchers whose natural stuff and skills don’t make them good candidates for it. Pittsburgh continues to develop promising power arms, but Searage is no longer getting the most out of them. He increasingly seems to have been a one-trick pony, and the league increasingly seems to have figured out his one trick.

Williams is an exception to all of that. His skill set fits into the Searage mold just fine, but more importantly, he’s so well-rounded and has such great makeup that he doesn’t much need Searage. That balance of top-line skills shines through when looking at Williams in the context of our new pitcher scores, which rolled out on Tuesday. If you haven’t read about those numbers yet, please take the time to do so: it’s fascinating work. In short, though, we now issue statistical scores on a 0-100 scale for Power (based on fastball velocity, fastball frequency, and the tendency to use power-oriented secondary offerings), Command (based on the ability of pitchers to wear out areas of the zone that tend to be the toughest on batters) and Stamina (based on how much rest the pitcher required and how deep they went into games).

In 2017, 105 pitchers threw at least 130 innings. Among them, the median Power Score was 45 (by Chase Anderson). The median Command Score was 54 (by Jake Odorizzi). And the median Stamina Score was 73 (by Zack Godley). Williams, who can locate his stuff to both sides of the plate, touches 96 miles per hour with his fastball, and has four solid pitches, rates very well in the first two, and pretty well (66, which is low among this group but good enough to let him succeed as a starter) in Stamina. In fact, only 12 pitchers of that 105 had a Power Score of at least 55 and a Command Score of at least 55.

On this exclusive list—Justin Verlander, Jacob deGrom, Michael Wacha, Jeff Samardzija, and Michael Fulmer is some good company)—Williams demonstrated the best Command in 2017. He makes Searage’s sinker-centric attack work the same way guys like Francisco Liriano and Charlie Morton did so: by hitting his spots and sequencing well. He also, put simply, has better stuff than anyone with so bland a name and so little prospect pedigree would be expected to have. The total package is deeply impressive: Williams is already a solid mid-rotation starter, posting a 4.07 ERA, 3.95 ERA, and 2.7 WARP last season.

It’s easy to be one of Baseball Twitter’s most beloved players. Williams took over that small fiefdom a while ago. His MLB debut became a viral sensation because of the moment he shared with his family afterward. His sense of humor is light-touch weird, effortless, and self-deprecating. He started a podcast with teammate Steven Brault just before the New Year, and it’s delightfully airy. Few players in baseball are easier to root for, but these new numbers highlight the way Williams delivers value that might otherwise be easy to miss. He’s not just a fun person to follow; he’s genuinely poised to help the Pirates return to contention.

As frustrating as this winter has been for Pittsburgh fans, their last two seasons were excruciating, and part of the problem in each was the under-performance of veteran stars like Andrew McCutchen and Gerrit Cole. Another part was the generally bellicose, unfocused culture that manager Clint Hurdle (and perhaps, it must be said, those same veteran leaders) fostered there. Williams can be a leader of the overhauled club, and seems to have real potential to replace Cole at the front of the rotation in the short term. Meanwhile, the Marlins are suddenly bereft not only of talent, but of personality, and there exists the creeping possibility that we’ll remember trading Williams and firing Benedict as the absolute dumbest of their profoundly dumb sequence of moves in the last few years.

You need to be logged in to comment. Login or Subscribe
ofmontreal
Love this. Watched him a bunch last season and could see him learning to make it work.
Reply to ofmontreal
C Calabrese
I read this in February - and remembered it. Genius analysis! Who is next?
Reply to C