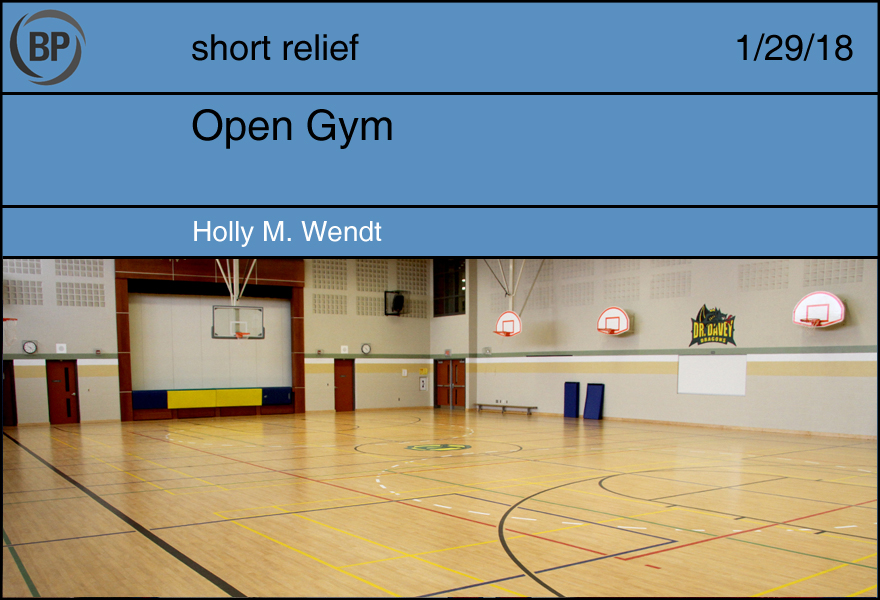 My college students on the baseball and softball teams had their first official days of practice last week. Here in Pennsylvania, we’re a long way from the trappings of practice spring training promises—grass thick and lush even in the desert, the kind of sunlight that makes everyone squint. Instead, last week, this week, likely all through February until they, too, head south for spring break, practice means the gymnasium, the thunk of leather against thick dividing curtains, the rubbery thump of sneakers on the indoor track.

In my own Januaries past, waiting for the season to start, for the snow to melt, a gym was central, too, but we couldn’t even call it practice. Winter meetings could only be “open gym,” voluntary until the first of March. Most of the time, only two of us came, pitcher and catcher, the ones who didn’t play basketball, too. We weren’t settling into the careful curtaining around a JUGS machine, but rather the multipurpose but unmodifiable confines of the elementary school gymnasium—the only space in the district free two nights a week. It was floored with tough brown tile, not wood—the kind that probably contained asbestos, not yet mandated for remediation. At one end of the space, rolled up wrestling mats. At the other, a carpeted stage hung with the red curtains that opened and closed on choir concerts and band, assembly speakers and the principal dressed up as Santa once a year. On that stage, years before high school and decades ago now, I was a seal in a circus and an eight-year-old Mother Goose—silly fabrications that never felt real, even in childhood’s wildest imaginings.

The open gym nights were their own silly fabrications, but they still scraped reality’s surface. A literal example: When a lunge for a particularly wild pitch carried me off the matting I crouched on, the pads’ hard plastic drew opaque scratches on the floorwax. One more figurative: this was where my pitcher, Amy, perfected her drop; this was where I learned how to block it, though when it mattered—in a game, that always means, though I know now how little it all mattered and still how much it did—I’d be slapping the red dust from my mitt after.

Practice is not the game. Skill-drills and clinics are even less so. But in January, when the infield grass feels like a far-off dream, when the good, soft dirt is frozen still, the sound of the ball’s living pop into the mitt, the sight and muscle-memory of the arm extending—it’s still better than I imagined. 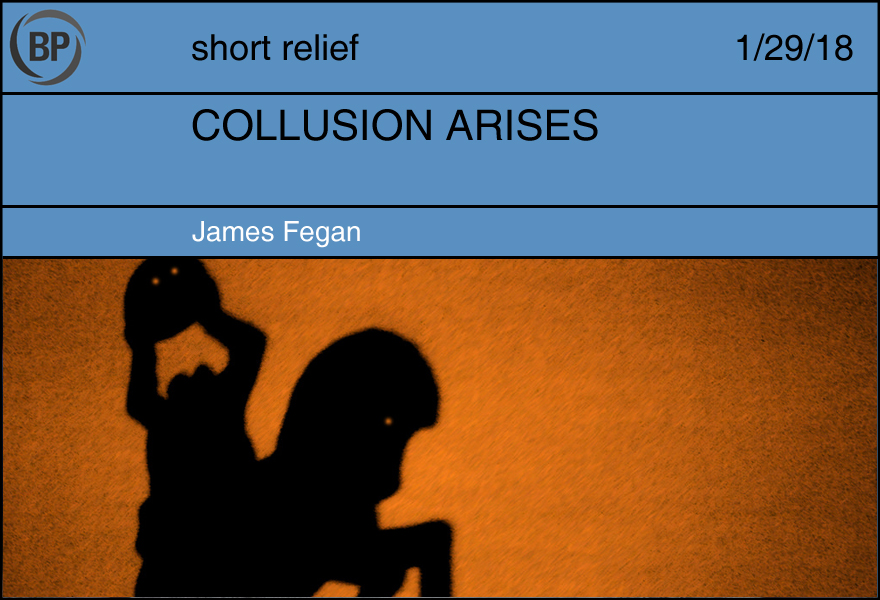 WHITE MALE ANALYST WITH LITTLE OFFICE CLOUT INEXPLICABLY USING A CARDBOARD PRESENTATION BOARD: …Ideally the revenue of a home playoff game or two in the immediate, could help offset the back end of five-year deal with Arrieta–

[A clash of hooves is heard just before a terrifying black steed bursts through the glass doors of the conference room. Mounted on the steed is a cloaked rider who, in place of a head, has a flaming jack-o-lantern that roars in terrifying laughter. The smell of brimstone is unmistakable.]

WMAWLOCIUACPB: Uh, like I said, Arrieta would provide an instant boost to the ro–

[The rider draws a gleaming and tremendous sword from his waist, and in a single swoop, cuts the display board in half. The estimated loss in property to the franchise is $27.78]

SUDDENLY ENRAGED GENERAL MANAGER: Maybe you can explain why you just destroyed the product of our entire monthly pro scouting budget.

RIDER: 31 YEARS TO THE DAY I LAST RODE! I–HAHA–HAVE ARISEN WITH THE FOG OF DEATH IN MY WAKE. AN ANCIENT CURSE–

SEGM: Interruptions aside, this Arrieta talk is ridiculous.

RIDER: An ancient–[coughs]–AN ANCIENT CURSE WAS CAST TO ENSURE THAT I WOULD RISE AGAIN EVERY 31 YEARS, IN FULFILLMENT OF AN UNHOLY–

SEGM: What level of certainty can we even place on, what? An upgrade likely in the band of 1-2 wins? For 4/80? More? With his injury history and command profile? You want me to take that upstairs?

[The rider demounts, hops onto the conference table, flipping a plate of bagels, and brandishes his sword]

RIDER: EVERY 31 YEARS I RISE FROM THE FIERY DEPTHS OF THE CORPORATE CONSULTING WORLD, TO PLAGUE THE BASEBALL LANDSCAPE WITH A WEAKNESS OF SPIRIT, A TERROR FOR RISK, A FEAR OF BOLDN–

WMAWLOCIUACPB: I have a second presentation about Jeremy Hellickson, but it’s only on flash cards at this point.

WMAWLOCIUACPB: We can pass them around.