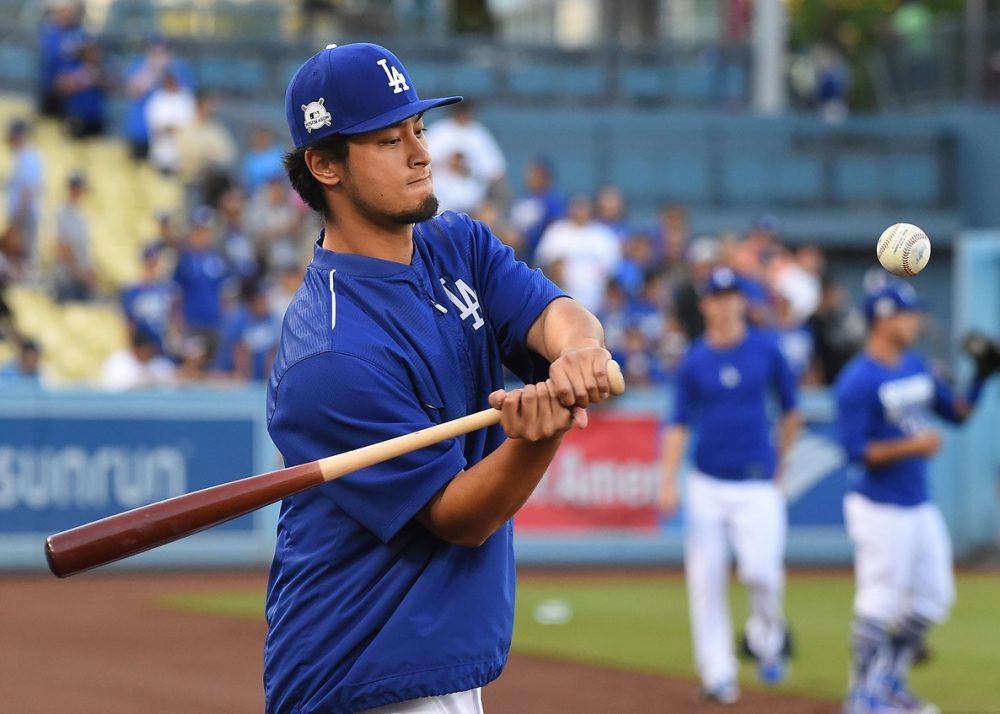 The big news of the weekend broke Sunday night, when it was reported by Yahoo Japan that the Brewers swooped in and presented a formal offer to Yu Darvish. The actual details of the offer were not made public as the writing, but Ken Rosenthal of the Athletic confirmed that the news was true. Darvish himself has already tweeted about receiving interest from the Yankees, Cubs, Astros, Twins, and one of those infamous mystery teams everyone figured to be the Dodgers but now looks like it was Milwaukee. He also quote tweeted the Yahoo Japan article and simply put a thinking-face emoji with it. That Darvish is so clever.

Out of those teams, the Astros are obviously out of the Darvish sweepstakes now that they have Gerrit Cole, but the rest of the teams, including the Yankees, all still seem to be in the mix. Milwaukee is pulling no punches this offseason. The Brewers also reportedly extended an offer to Jake Arrieta as well. They are in need of a top-of-the-rotation pitcher. Right now, their rotation is led by Chase Anderson and Zach Davies, and while they added both Yovani Gallardo and Jhoulys Chacin, the addition of either Darvish or Arrieta would be a big boon for the Brew Crew.

It also seems as if the Brewers are close to making a move for an outfielder. They were linked to free agent Lorenzo Cain earlier this month, but Jerry Crasnick of ESPN tweeted on Sunday that Milwaukee has been discussing possible trades for outfielders with multiple clubs. No further details were available so who knows what will come of it, if anything, but at this point, it’s something. Another something came in the form of a tweet from Tom Haudricourt of the Milwaukee Journal Sentinel, who reported that the Brewers have been shopping right fielder Domingo Santana since the Winter Meetings. Haudricourt says they’re looking for help at second base and for more pitching. Santana had a solid 2017, playing in 151 games and batting .278/.371/.505 with 30 home runs and a TAv of .308.

I’m going to list a bunch of names and you’re going to have to guess what they all have in common. Eric Hosmer, J.D. Martinez, Jake Arrieta, Greg Holland, Mike Moustakas. First thing, they’re all free agents. Second thing, they’re all unsigned. Third thing, they’re all Scott Boras clients. Earlier this month, Tom Verducci of Sports Illustrated wrote about seven reasons why the market might be so slow, and one of the reasons was Boras having so many of the guys under his control. Verducci also notes that big-money free agents from past offseasons like Max Scherzer, Chris Davis, and Prince Fielder have all signed between January 21 and January 26, which I guess means we should get ready for some signings this week, you guys!

But wait, there’s a crimp in that plan. An executive that Verducci spoke to for the piece pointed out that the market this time around is “saturated with available players”—only five of the top 20 free agents have been signed—and that teams are hiring smarter people to run their baseball operations departments. And because these new hires are more analytically inclined, they are less likely to make an emotional signing. Another fascinating part of the piece, and what has become fascinating about this offseason in general, is the “rise of the bullpens.” The players still out there waiting to get signed (mostly) are starters. A ton of relievers have gotten pretty good deals already. Who knew that being a free agent reliever would be better than being a free agent starter like Darvish and Arrieta?