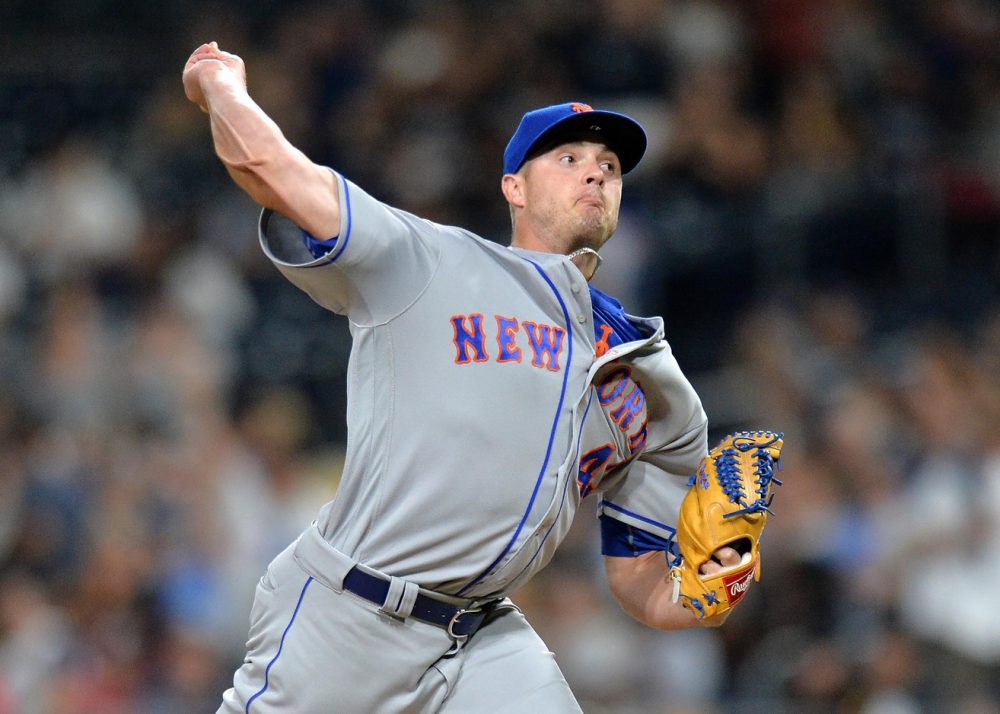 This offseason’s crop of free agent relievers was both talented and deep, featuring multi-time All-Star closers Wade Davis and Greg Holland at the top, along with no fewer than 12-15 solid setup men. Teams generally shy away from investing heavily in relief pitching on the free agent market, and usually for good reason, but for a pitching-starved, low-payroll team like the Twins it was seemingly an opportunity to beef up the bullpen at a reasonable price. Instead, the Twins mostly sat on the sidelines as setup man after setup man snagged multi-year deals.

Both additions were fine—low-cost value adds with some upside for a bullpen that had plenty of room for veteran help—but it felt like the Twins had perhaps squandered their chance to do more in a buyer’s market where useful relievers were more plentiful than usual. It turns out, they were just being patient. After adding Rodney and Duke to at least give the bullpen a modest boost, the Twins let the setup man market shake out and snatched up a bargain when the music slowed. Holland and Addison Reed were the last two high-end relievers without chairs, so with just 30 days before the start of spring training the Twins inked Reed to a two-year, $16.75 million deal.

Two years at $8.375 million per season falls in line with the going rate for setup men, with one key difference: Reed was expected to be one of the highest-paid relievers in this class. At the beginning of the offseason, BP ranked the top free agents and placed Reed fourth among relievers, behind Davis, Holland, and Morrow. FanGraphs also placed Reed fourth, behind the same three guys, and projected him to sign a three-year, $30 million deal. MLB Trade Rumors rated Reed third, behind only Davis and Holland, and predicted that he’d sign a four-year, $36 million contract. Two months later, as one of the last prominent relievers standing, Reed signed for half that long and half that much.

He got fewer years than Shaw and McGee, less money per season than Shaw, McGee, Morrow, and Hunter, and roughly the same deal as Nicasio, Neshek, and Smith. It’s possible that Reed and his agent simply misplayed their hand, or maybe some potential suitors went in another direction due to concerns that don’t show up in the right-hander’s numbers. Reed also expressed a desire to play in the Midwest, which certainly could have limited his options. Whatever the case, the Twins waited out the reliever market and ended up with a premium option at a discount price.

As a young closer Reed became one of seven pitchers in baseball history with 100 saves through age 25, but he didn’t actually pitch all that well with a 4.20 ERA. He was demoted to a setup role in 2015 and has been fantastic since, throwing 210 innings with a 2.66 ERA and 218/47 K/BB ratio while holding opponents to .230/.273/.356 (including even splits, with slightly better numbers versus lefties than righties). Reed logged MLB’s sixth-most relief innings during that three-year span, topping 75 appearances and 75 innings in both 2016 and 2017. Among all relievers with at least 150 innings since 2015, he was ninth in K/BB ratio, 12th in Win Probability Added, 15th in ERA, and 18th in FIP. And given a chance to close again for the Mets last season, he converted 19 of 21 saves.

Reed’s approach is simple: He throws a 92-94 mph fastball two-thirds of the time and an 85-87 mph slider one-third of the time. The slider is an effective, swing-and-miss pitch, but the fastball and his ability to command it is the main source of Reed’s success. Among all relievers with at least 150 innings since 2015, he ranked seventh in both walk rate and percentage of pitches thrown in the strike zone. Pounding the zone with a non-overpowering four-seam fastball isn’t always a recipe for success, but Reed’s heater held opponents to a .234 batting average and .367 slugging percentage from 2015-2017, recording 147 strikeouts. Reed produced the second-most value with his fastball from 2015-2017, behind only Aroldis Chapman‘s triple-digit heat.

Of course, that fastball-heavy approach is not without risk. Reed is an extreme fly-ball pitcher, which means he goes through stretches where he struggles to keep the ball in the ballpark. He allowed a total of just seven homers in 134 innings from 2015-2016, but then served up 11 homers in 76 innings last season … and still managed a 2.84 ERA. Because of those fly-ball tendencies and a lack of upper-90s velocity, Reed is a clear step below the elite reliever class, but he’s been damn good, against righties and lefties, and damn durable, in a variety of roles. Minnesota was patient, or at least willing to pounce when a bargain presented itself in what has been a strange, slow-moving offseason, and now the Twins’ bullpen looks like a potential strength for the first time in a long time.

My guess is that manager Paul Molitor will use Rodney in the closer role, perhaps in part because of an over-reliance on the “proven closer” mindset. However, that doesn’t mean it’s the wrong decision. Pitching the ninth inning with a lead of 1-3 runs is a rigid role involving few inherited runners, and rarely adds up to a workload of more than 60-65 innings. Assuming that Rodney is competent as the closer, his presence there allows Molitor to lean heavily on Reed and Trevor Hildenberger in more fluid, fireman-style roles, including multi-inning appearances, matchups with the middle of lineups, wriggling out of inherited jams with men on base, and 70-80 total innings of work. And if Rodney does implode, Reed is available to step in as the closer.